Something amazing happened tonight as the Louisiana Legislature closed up shop for the day. We heard about it and posted about it at The Speakeasy, which if you haven’t signed up for you should do immediately. What was it? A petition.

So what? you say. There have been lots of petitions.

Ahhhh, yes. But this one is a Clay Schexnayder-authored petition to reopen Louisiana.

That’s right. House Speaker Clay Schexnayder, who opposed the petition and blocked enough of the Republican majority to sign it for the last four months, is now writing a petition to reopen Louisiana.

We’re not the only ones who had it. The St. George Leader, which is Woody Jenkins’ newspaper (they probably got their information from Rep. Barry Ivey, who is a member of Schexnayder’s inner circle), had this today… 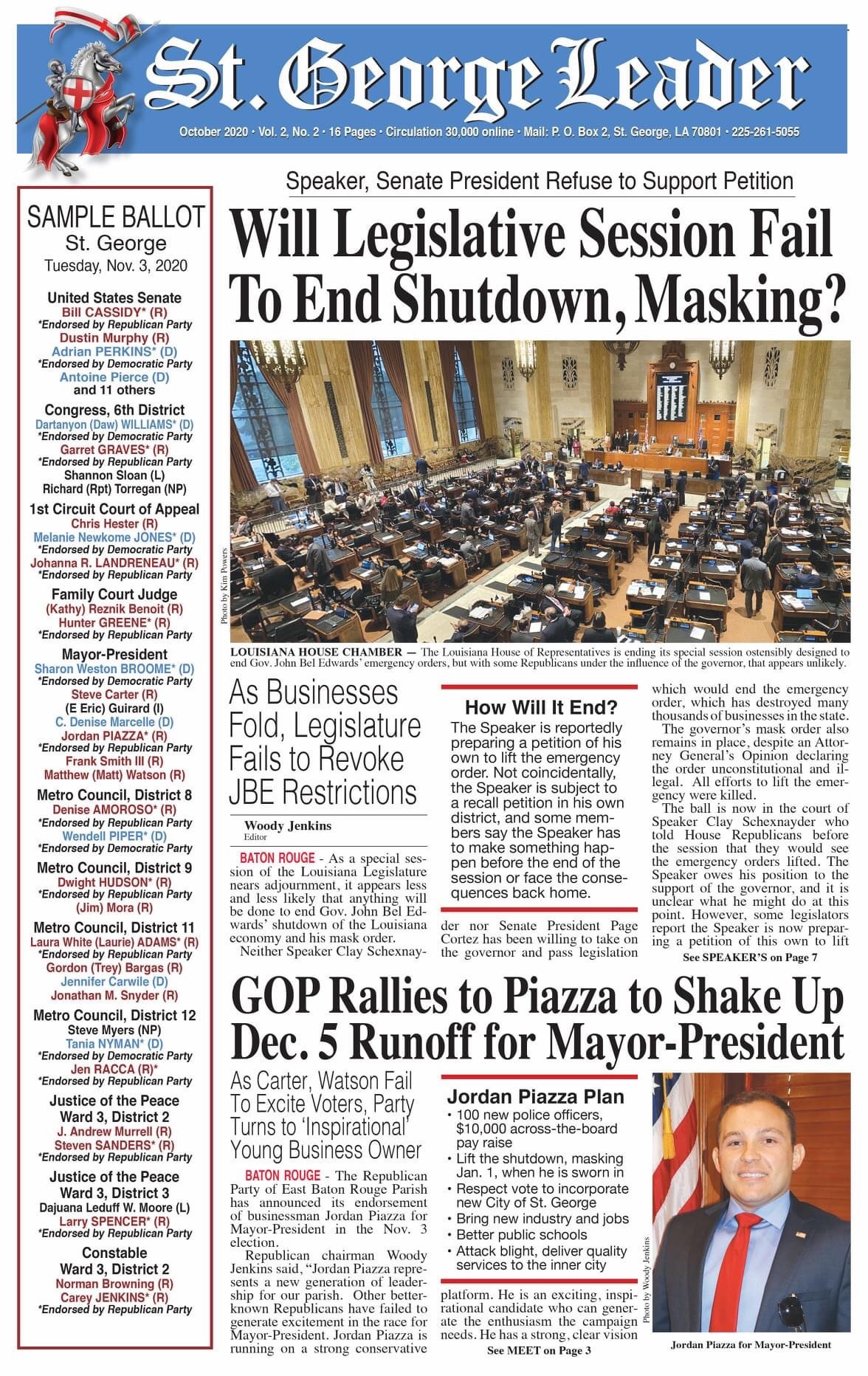 In case you’re not catching the pertinent piece, a close-up… 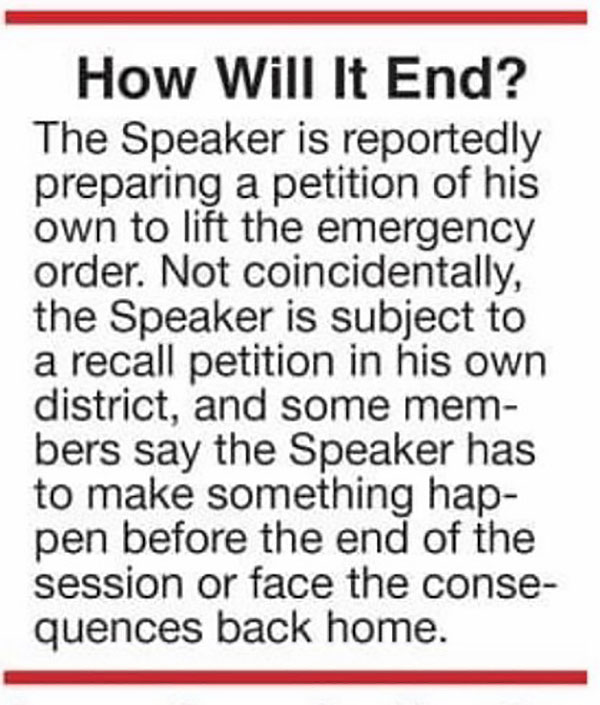 We’re told that Schexnayder, who had guaranteed his members repeatedly that the Senate would pass HCR 9, the suspensive resolution he authored that would reopen the state by suspending the governor’s public health emergency powers, flew into a rage when it became patently obvious that he was wrong.

He found that out when he made a trip up to the Fourth Floor, where Gov. John Bel Edwards’ office is, to have a conversation about reopening the state. We’re told that, to put it mildly, it didn’t go well. We don’t know what the details are, but the implication of what we were told was that the House Speaker was extremely red-faced over the fact that he was told he was check-mated by the governor’s suddenly close relationship with Senate President Page Cortez and his cronies.

Which Schexnayder’s members had been warning him about for weeks.

And now there’s a scramble going on behind the scenes as the conservatives in the House – 40 of whom are signatories to the Nelson-Bacala petition, which has circulated since the current special session began – are attempting to rally the other 28 Republicans behind the only vehicle left to reopen the state now that HCR 9 will not get a Senate vote.

And Edwards’ people are approaching moderate Republicans in the House to stop them from signing a petition – whether that might be the Nelson-Bacala petition or the one Schexnayder will reportedly attempt to circulate at 9 a.m. tomorrow.

If there is to be a petition, we would say that it’s a terrific development.

Other than the fact it’s several months too late to save thousands of Louisiana businesses, and that Schexnayder opposed the petition all the way up to the point when his resolution officially died.

Schexnayder’s conundrum is, in fact, so severe that he’s now on record making an argument that petitions won’t work because they’re unconstitutional. It’s a bad argument, but it’s one he made just a week ago in a secret meeting called with private citizens he decided to browbeat about their criticism of his leadership on social media…

We’ll know how this shakes out in the morning. Under no circumstances will it be a win for the people of Louisiana.