UPDATE: Interestingly enough, HCR 9 came through the Judiciary B committee and sailed past without opposition. In fact, it was Democrat Greg Tarver who moved it for a favorable vote.

There appears to be something happening behind the scenes. Whether that’s good or bad for the cause of reopening the state, we can’t yet say.

ORIGINAL: The last time we gave any serious thought to Sen. Ronnie Johns, a Republican from Lake Charles, it was for his jihad against strip clubs hiring young women from the ages of 18 to 21 to work in their establishments, ostensibly as a measure to prevent human trafficking, or something. While that was irritating and unserious, and typical of a Louisiana politician’s attempts to grandstand in front of the hooples as a measure of showing how Deeply Conservative I Am, Y’all.

Now Johns, who sports a weak 68 percent LABI score for his previous two terms as a senator owing to his penchant for support of tax increases, finds himself at the locus of public policy in Louisiana.

Why? Because Johns is the swing vote in the seven-man Senate Judiciary B Committee, which is scheduled to meet at 10:00 a.m. today to decide whether it will move three separate resolutions to reopen Louisiana and suspend Gov. John Bel Edwards’ COVID-19 emergency.

It’s already known, confirmed by data all over the world, that economic shutdowns do not have a marked effect in reducing the spread of the virus. Louisiana’s approach to the virus has been an utter and complete disaster. Edwards is unmoved by the glowing clamor among the state’s voters in favor of reopening Louisiana’s economy; in fact, a letter his Alcohol and Tobacco Control office sent last week warned bars and restaurants that nobody is allowed to have a drink without also ordering food, and there must be no playing of pool or darts or dancing. 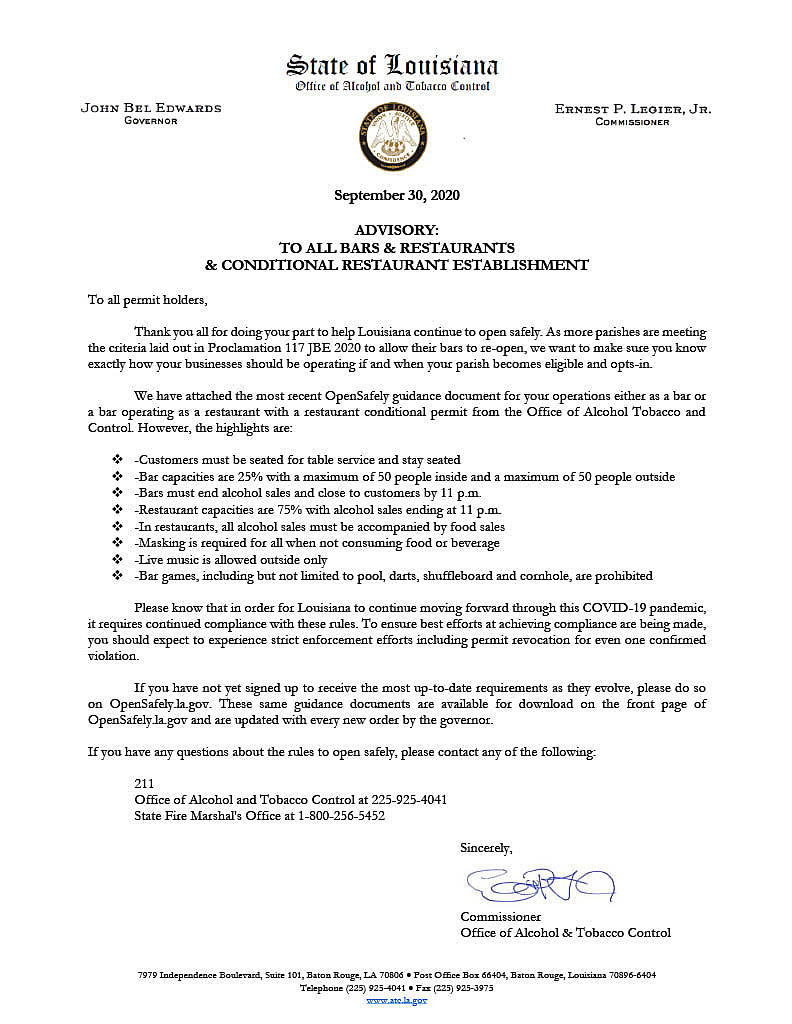 It’s far past time for this stupidity to end.

But the Louisiana Senate has never been particularly fast on the uptake, and in particular that body’s performance with respect to COVID-19 has been especially poor. The Senate utterly failed to even try to get a petition going to reopen Louisiana, despite the fact that while it takes 53 signatures in the House, and that body remains tantalizingly close to getting a majority for it, only 20 signatures from senators would have done the trick.

And Senate President Page Cortez deliberately pushed the three suspensive resolutions opening the state, HCR 9 by House Speaker Clay Schexnayder, HCR 15 by Rep. Barry Ivey and SCR 8 by Sen. Mike Fesi, into Jud B where Johns’ vote can kill all three. If any of those resolutions had been moved to the Senate & Governmental Affairs Committee, which has a conservative majority, it would have been clear a floor vote and likely passage was in the offing.

Instead, at 10 a.m. today we get the drama of watching Ronnie Johns deliberate as to the future of the state.

The resolutions differ slightly. Schexnayder’s would suspend the statutory provisions giving Edwards the power to declare a public health emergency until 30 days following the current special session and Ivey’s resolution would extend that suspension to 60 days beyond the end of the 2021 regular session. Fesi’s resolution is similar to Ivey’s.

We’ll see what Jud B does this morning. If Johns votes three times to keep Louisiana shut, all that will be left is an extra handful of signatures on the various House petitions to reopen the state, or else the current idiocy will extend until a vaccine is widely available in the state – or at least until the Nov. 3 election is over.

Interested in more news from Louisiana? We've got you covered! See More Louisiana News
Previous Article ZOLA: Did Dumb Enviros Out Russell Honore As A Paid Shill For The Solar Crowd?
Next Article APPEL: The Real Legacy Of Mike Foster