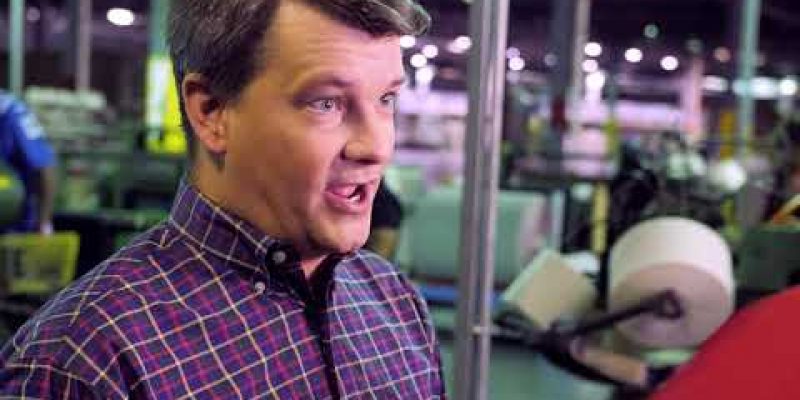 We’re bringing this up for a couple of reasons – one, it’s what’s going on in Louisiana politics, and the 5th District race is really the only one of the congressional races which are legitimately contested, and two, Letlow’s campaign is going pretty hard on economic development. A bit more on that below.

Have you noticed that almost no Louisiana politicians in this election cycle seems to be talking about economic development?

We have, though maybe other politicians running this year in the state are doing it and we’re missing it.

For example, Lance Harris’ ads are all about how he’s for the cops and how he checks off all the boxes as a conservative. Bill Cassidy is talking about veterans and disaster relief, while Adrian Perkins is attacking Cassidy for trying to replace Obamacare.

You would think that with Louisiana’s economy stuck in the mud and posting the worst jobs numbers in America, that putting the state’s people back to work would be all anybody wants to talk about. But you’d be wrong. The state legislature is in a special session trying to fix a problem that 400,000 people drawing unemployment benefits is causing with the state’s finances, and yet the legislators – at least their leadership and what looks like a majority in the Senate, if not the House as well – have a shocking lack of urgency to them.

Maybe the state’s economy isn’t all that big an issue. Maybe we’re all wet in thinking it’s THE issue in this cycle. Maybe things are so bad in Louisiana that people have just assumed growing the economy can’t be done.

It looks like Letlow is an exception to that. The quote he put out when the ad was released is pretty similar to what Ralph Abraham, whose chief of staff Letlow has been, said when he was running for governor last year.

“Here in Louisiana we have the best resources and the best people to attract businesses to create more jobs right here at home. In congress, I’ll always fight to bring jobs and opportunities to the 5th District.”

Maybe as we get to the home stretch of this cycle you’ll start seeing more economic development talk. We’ve pretty much given up on the idea we’ll see it at the Capitol.