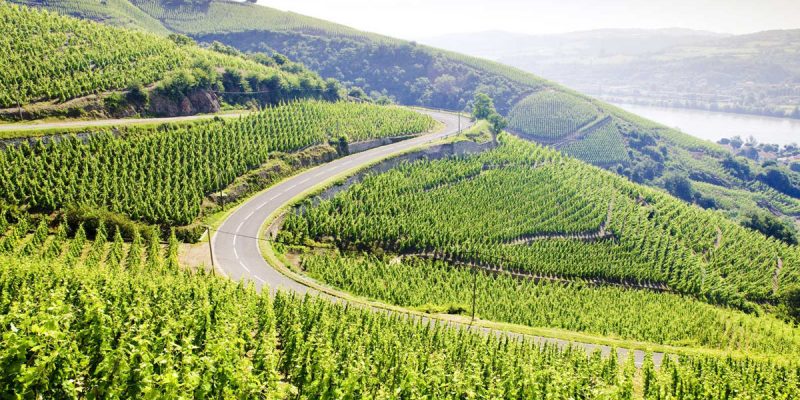 Once there were two men who owned vineyards, which were separated by a road.

One man inherited his vineyard, while the other acquired it under suspicious circumstances.

“A proposition for me? What can you do for me, my vineyard is three-times the size of yours and I own much more land than you know,” boasted the unproductive man.

“Well, I see you vineyard has produced a marketable crop in many years and I would like t buy it from you for a fair price.”

“Buy from me? No one buys from me. I buy or take from you. That’s how things work around here,” the unproductive man asserted. “Look at your closes. They are dirty. Look at mine. I wear custom-made clothes and shoes. No, sir! I buy from you and I will set the price.”

The productive man stood in the middle of the road confused. “Excuse me, sir. But I have worked my land hard and have had many great harvests for many years and have made my vineyard very productive, while yours looks like a weed patch and has produced nothing.”

The unproductive man laughed. “You poor silly man. You don’t understand how this game is played. I have been in this valley for over four decades. I buy or take productive vineyards and sell the harvests to make wine, and sell at a good price. The people are happy, as long as I keep them drinking my cheap wine. They are easily deceived.

“Except for what you have, I own everything you can see. And soon, I will take yours and have it all. You see, it’s not what you produce that counts. It’s what you can take and make it appear you produce. You have worked very hard and I appreciate that, for your next harvest will be mine.”

The productive man became angry and said, “you will never get my vineyard. I have worked too hard to give it to you at any price.”

The unproductive man just laughed. “Soon you will see what I mean. At harvest time, no one will buy your grapes or your wine. I will deceive them into believing my wine is better, and your harvest will die on the vine. For you see, it’s not about hard work, it’s all about appearances and deception. You labor to grow your crop of grapes, while I labor in the art of deception. So I ask you, who has the most land?”

As the productive man drew close to the market, he saw dozens of carts filled with grapes and vines with sprigs of vine still attached. And stacks of dusty wine bottles hastily filled and half corked. He stopped to wipe his brow and looked at his harvest. Though it was smaller, it was more appealing that his neighbor’s. Each bunch of grapes was clean and his wine sat in polished bottles that sparkled in the sun. The people closely compared the harvests, and began to see the difference in what both men have yielded.

The townspeople, not always alert to deception, took time to study the men’s harvests for once.

After the people left, the two men met in the middle of the road, face-to-face. The unproductive man, his carts still laden with unpurchased goods, became angry. “You have stolen my business and I will not forget this,” he growled. “How did you do this?”

“It was simple,” the productive man said. ” When I approached the market, I thought I was finished. Your crop was much bigger than mine. But you made one mistake. When you pushed your carts next to mine and revealed what kind of man and vintner you really are and the sun did the rest. The people saw the difference between production and deception. Now you are going home with heavily laden carts and little to show for your inferior harvest.

“The people have seen what you have produced in the past and once confronted with a real choice, they chose wisely. The people will not be deceived again, for I have shown them a good harvest, one they can be proud to have in their homes. No longer will they be beguiled by your promises of good harvest, for they have now tasted what an honest one. The offer to buy your vineyard stands, but you must leave the valley, as part of the deal, for you can only produce promises, while I produce a bounty.”

The men parted and the valley yielded more than just a bountiful harvest.

Remember November 3, 2020. It’s the day we go to the market to contrasts harvests. Let’s hope our valley yields a bountiful harvest, under God’s gleaming sun.