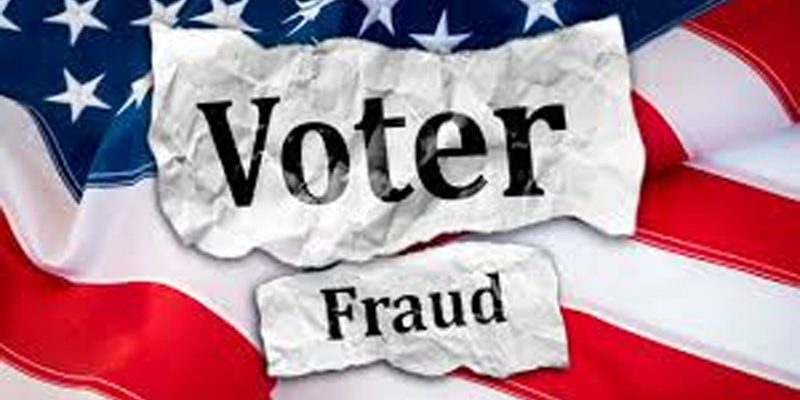 The Texas Attorney General’s Office Election Fraud Unit is investigating allegations of voter fraud in Bexar County after video and audio recordings were made public by undercover journalists working for Project Veritas.

“What’s shown in the video is shocking and should alarm all Texans who care about election integrity,” Attorney General Paxton said in a statement.

“We are aggressively investigating the serious allegations and potential crimes that Project Veritas’s documentary audio and video recordings shed light on today,” he said. “Anyone who attempts to defraud the people of Texas, deprive them of their vote, or undermine the integrity of elections will be brought to justice and penalized to the fullest extent of the law.”

A series of undercover audio and video recordings depict a Latino female, identified as Raquel Rodriguez, who claims to be a political consultant in Bexar County, stating that she can deliver votes for any candidates on the ballot for cash.

Rodriguez is recorded on video telling the journalist that votes cost between $3 and $5 per vote. She said, “I’m just letting you know so you have an idea that I am going to bring you 3,500 votes to the plate county-wide.”

In another recording, she said the cost for her team was $6 per vote.

When asked about how many votes she could bring for Democratic presidential candidate Joe Biden and Democratic U.S. Senate candidate M.J. Hegar she said, “At least 5,000.” When asked how much this would cost, she replied, “For the entire team that I’m looking at, $55,000.”

She added, “If not more. I’m not going to overpromise, because remember, we’re 16 days until Election Day” [the date of the recorded video], which was not published until Tuesday, October 27, one week before Election day.

“Raquel Rodriguez boasts about all the other political power brokers who are in her pocket and she told our journalists she has already brought in 7,000 votes,” James O’Keefe at Project Veritas says. “If Rodriguez is truly responsible for 7,000 votes delivered in Bexar County so far, it is a stunning example of how fragile our republic has become.”

In one recording, a reporter said on camera, “5,000 votes could swing the entire state.” Rodriguez replied, “Of course it can.”

“I’m getting a State Rep. elected right now,” she said, “Liz Campos.” Campos, a Democrat, is running for Texas House District 119. She won a run-off election to make it to the November election after Rodriquez says she told voters who to vote for.

“Guess what?” Rodriguez said, “I’m going to need her for something. Because that’s her backyard. She ran last year and lost. She ran two years ago and lost.”

After the video allegations emerged, Campos’ runoff election win is likely to be challenged.

Since 2004, according to State Attorney General Office records, 150 individuals have been charged with a voter fraud crime in Texas. Among them, 138 were convicted by pleading guilty or taking their cases to a courtroom. The vast majority of cases were settled through plea agreements.

According to a KXAN NBC News Austin analysis of the records, “most people who commit voter fraud will never spend a day in jail.”

“There’s not usually much punishment for it,” Paxton told KXAN in September. “But, I think the good thing about finding it, and doing a thorough job of investigation and prosecution is at least you send the message to people that if you’re going to do this, there is some risk that you’re going to end up in prison for committing voter fraud.”

Several lawsuits have been filed in Texas in the last few months over alleged voter fraud schemes, including at least three filed with the Texas Supreme Court.

Interested in more news from Texas? We've got you covered! See More Texas News
Previous Article BAYHAM: Biden Is The Left’s Trojan Horse Candidate
Next Article Why are Jews being targeted by NYPD and rioters in New York? [videos]