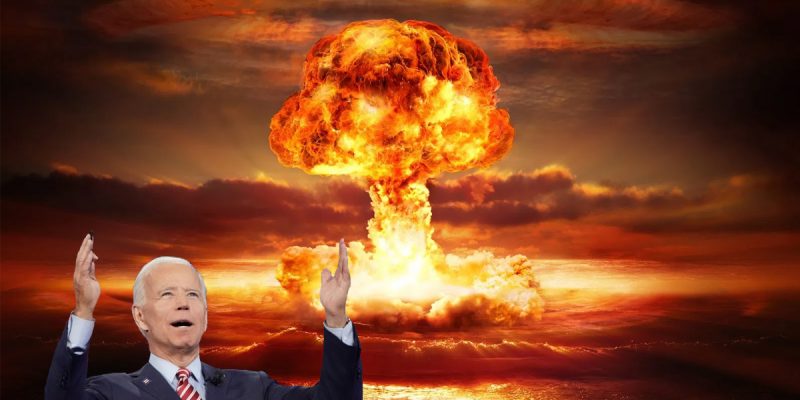 Last night on Tucker Carlson the Tony Bobulinski bomb detonated, and regardless of the attempts of the corporate legacy media and Big Tech to hide the story of the Biden family’s Third World level corruption this is now beyond their ability to contain it.

It’s too big, and the evidence is too strong. Attempting to suppress it just makes the damage worse.

Here’s the interview in full. If you didn’t see it last night, you really ought to watch it now.

Bobulinski, in case you weren’t aware, was the CEO of a company called Sinohawk Holdings, which was an investment firm Joe Biden’s brother Jim and son Hunter were putting together with a pair of other men, an Englishman named James Gillyer and Rob Walker, a family friend of the Bidens, in order to take advantage of capital to be provided by CEFC, a mobbed-up Chinese energy company with which the Bidens were deeply in bed.

Bobulinski’s time as Sinohawk’s CEO wasn’t very long, because the capital that CEFC was to provide never came through. That company, which played a large role in the Chinese government’s One Belt One Road initiative, collapsed in the fall of 2017 under the weight of wholesale corruption by its executives. Few Americans understand One Belt One Road; boiled down, it’s an effort by the Chinese Communist Party to buy up and corrupt as many politicians of Third World and other vulnerable countries as possible, in order to insinuate China as the prime economic mover in those countries.

And CEFC was very, very interested in the Biden family, seeing Joe Biden as indistinguishable from tinpot politicos in places like Romania, South Africa and Kazakhstan whom they could compromise and influence. So much so that the company established a $5 million loan to the Biden family with no expectation it would ever be repaid (at least not in cash).

Bobulinski provides some of this context, but what he does exceptionally effectively is to demonstrate that none of this is his story. Virtually every assertion he makes is documented through texts, emails and business records. And those texts and emails are not from Bobulinski. They’re to Bobulinski from other players in the Sinohawk debacle – Hunter Biden, Jim Biden, Rob Walker and James Gillyer.

According to Bobulinski, Joe Biden was involved 100 percent with what Hunter and Jim were doing. Bobulinski met with Joe Biden in person. Twice. And he has messages proving Joe Biden’s involvement in Sinohawk, something Biden has explicitly, and deceitfully, denied.

The nine atomic bombs to look for in the video above are:

Bobulinski said Joe Biden is lying when he claims he never talked with his family members about their foreign business deals. “When he states that, that’s a blatant lie.”

Bobulinski said the Bidens wanted “plausible deniability” to conceal their foreign business deals. “I remember looking at Jim Biden and saying, ‘How are you guys getting away with this? Aren’t you concerned? And he looked at me and he laughed a little bit and said, ‘plausible deniability.’”

Bobulinski broke down how the Bidens planned to ensure Joe Biden would personally and secretly benefit from an equity stake in a Chinese business deal. “I 1,000% sit here and know that the ‘big guy’ is referencing Joe Biden. That’s crystal clear to me because I lived it. I met with the former vice president in person multiple times, and I had been meeting and talking with Hunter Biden and Jim Biden.”

Bobulinski said the Chinese sought to lend millions of dollars to the “Biden family. “In that document, they referencing loaning $5 million to the ‘BD family.’”

Bobulinski said Joe Biden is compromised by the Chinese. “As a citizen and an American taxpayer, I’m very, very concerned.”

Bobulinski, a Navy veteran, called out the Biden camp for smearing him as a conduit of Russian disinformation, saying it was “disgusting.” “I held a top secret clearance from the NSA and the DOE. I served this country for four years in one of the most elite environments in the world…and to have a congressman out there speaking about ‘Russian disinformation,’ or Joe Biden at a public debate referencing ‘Russian disinformation’ when he knows he sat face-to-face with me, that I traveled around the world with his son and his brother, to say that and associate that with my name is absolutely disgusting to me.”

When Bobulinski demanded the Biden camp retract their smears about him being part of a Russian disinformation campaign and warned he would go public with what he knew if they did not, Biden insider Rob Walker told him, “You’re just gonna bury all of us man.” That isn’t just an allegation Bobulinski is making. He has that phone conversation recorded, and Walker is audible in his “just gonna bury all of us” statement.

Bobulinski said the only reason Hunter Biden was able to reap windfalls of foreign money from countries like China was because of his father Joe Biden’s influence. “The only thing that he had was the Biden family name and the fact that his father, at one point, was the sitting vice president, and potentially would run as the future president.”

The only question at this point is whether the corporate legacy media and Big Tech can fully suppress this information, or whether it’s simply too big and too hot to be controlled. We believe it’s the latter. If we’re wrong, there will literally be hell to pay.