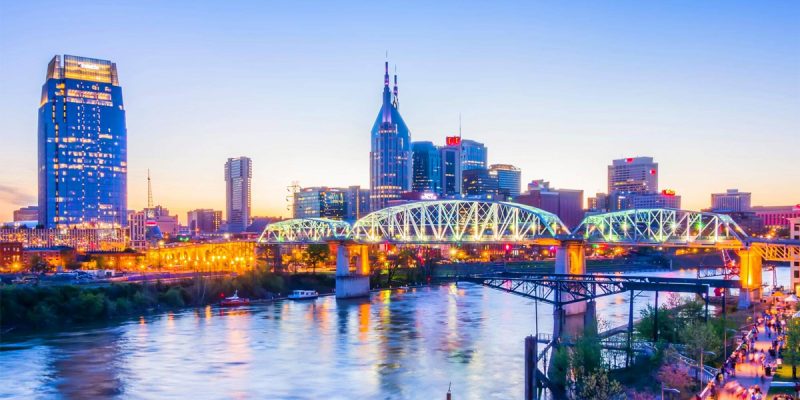 This weekend I was with some brilliant young Louisiana expatriates in Washington DC. Over dinner we got into a discussion about whether they would ever consider returning to their home in Louisiana. The universal answer was straightforward, no because there are no good job prospects, and though Louisiana is fun, it offers little future.

The next response from one of them was surprising, why doesn’t Louisiana get rid of the income tax and attract new industries like Nashville has done? These young people are highly educated businesspeople with great jobs, they understand economics and they have rejected their birthplace because they understand that their future is questionable here, but bright in cities like Nashville, Washington, Atlanta, and Houston.

And it is not just these few kids.

There is a great migration of businesses decamping from poorly run, high tax cities and states, a migration closely followed by uncounted scores of young people seeking their own future elsewhere.

One common denominator in most of the booming cities is that they are in states with little or no income tax. Now one may say that they substitute high property tax for income tax and that is so, but businesspeople are attracted to low-income tax states and they prove it by relocating there.

Democrats using one of their favorite tactics, class division aggravated by jealousy, promote the case that higher income people should pay a “fair share.” They never define “fair share,” but by inference clearly their intent is a transfer of as much wealth as possible via government largesse to their constituents. Tactically this works for Democrats but for society as a practice it feeds the cancer that has eaten away at cities and states. Poverty and social ills are closely linked to both government dependency and a lack of self-worth only achievable through supporting oneself with meaningful work.

Republicans point to vibrant, low-tax cities and states in which all income classes sustain themselves and have an equal opportunity to prosper through good jobs. Sure, some people make more than others, but by raising the bar of income for all socioeconomic classes there is adequate proof that freedom from government is far superior to dependency upon government.

When I was a member of the Senate, we had a chance to eliminate the income tax. Governor Jindal proposed a good plan to shift the burden of income tax onto business taxes and sales taxes. But one by one the business lobbyists went to see the governor and he carved out special exemptions to eliminate whole industry sectors. He offset this by growing the sales tax portion of the reform package. Soon the sales tax percentage grew so high that even conservative Senators like me became queasy. After being bastardized by the very governor who originally birthed the idea, the plan fell through. A golden opportunity was lost to the age-old practice in Louisiana of trading logic and vision for political favoritism.

Under the feckless leadership of Governor Edwards, there is no likelihood that we can expect reforms that would attract prosperity to Louisiana. Therefore, for at least the next several years we will have to watch as he bounces from disaster to disaster, real or imagined, all the while ignoring the long-term happiness of our people. But hope is on the horizon. In a year or so we will start the election cycle for his replacement, and we can all pray that a Republican with a vision for a prosperous future and with strong economic sense will emerge. No more “it’s my turn” candidates need apply.

The key words here are economic sense. It does not take too much to see the growth that has happened over a few decades in Atlanta and Houston and that is happening now in Nashville and elsewhere. Our kids are watching, and they get it. As for them, “It’s the economy stupid” and they vote with their feet as to where they will live and raise their families.

Since having no income tax has helped attract prosperity to Florida, Texas, and Tennessee, there is no doubt that it must be atop of our list of goals. So what if someone gets to keep more of what they earn, as long as the majority of our people move up on the scale of happiness and prosperity? It is time to reject the jealousy tactic that politicians such as Edwards have used to promote their careers. It is time to reject the age-old practice of political favoritism that politicians such as Jindal have let kill desperately needed reforms.

Exchanging low living standards brought on by government dependency, for opportunity and prosperity encouraged in a state and city in which the economy takes top priority, should be the whole focus of the next governor. There are many things that could and must be done, but if we do not start, we will never get there.