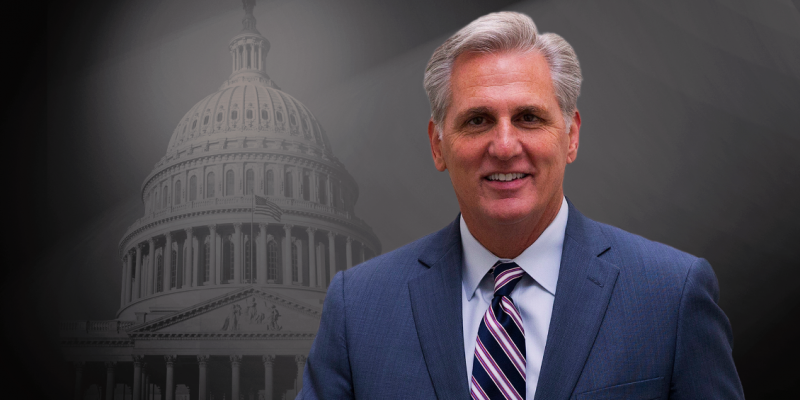 More women were elected as Republican members of the House in the history of Congress, McCarthy said.

U.S. House Republicans are expecting to gain up to 13 new seats in the U.S. House.

McCarthy, who was reelected Tuesday, said that as of Friday, 10 races were still too close to call.

Republicans in Congress won every incumbent seat and 28 out of 29 competitive seats identified by the New York Times’ Nate Silver.

McCarthy stressed that every legal vote needs to be counted and every recount in several states needs to be completed to determine the outcome of the presidential race and all races. And after every legal challenge is decided, only then will it be determined who won the 2020 Election, McCarthy said.

“We are less than 21,000 [votes to be counted] where the House, we could win the majority,” McCarthy told Fox’s Maria Bartiromo on Sunday. “There are 10 seats that are still sitting out there where Republicans are leading in three, they haven’t called any of those, so why would you call the presidential race first?”

McCarthy also said it was possible that House Speaker Nancy Pelosi, D- San Francisco, who also won reelection Tuesday, could lose her role if 10 of the 15 Democrats who voted against her bid for speaker in January 2019 did so again in January 2021.

Interested in more national news? We've got you covered! See More National News
Previous Article Texas GOP won’t support Phelan as next state Speaker even though he says has the votes
Next Article Trump In 2024? Regretfully, Nah.