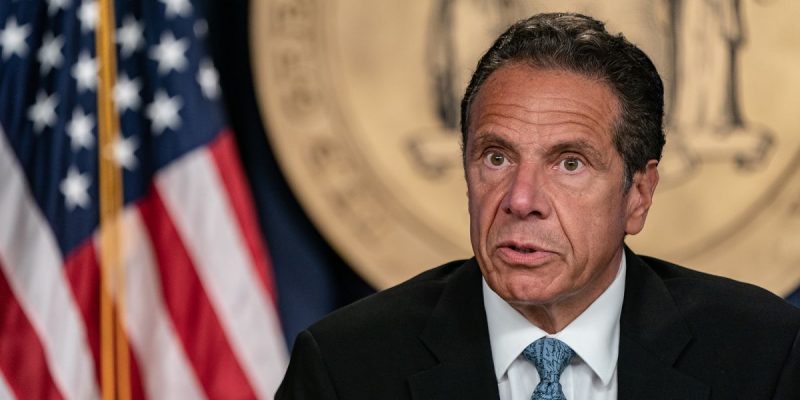 Every year on the Ringside Politics program, we present our “Turkey of the Year.” For 21 years, we have given this award to worthy recipients who have distinguished themselves in a unique way. Our winners have included local political leaders such as former New Orleans Mayors Ray Nagin and Mitch Landrieu, as well as non-politicians, such as filmmaker Michael Moore. The award has been given to both Republicans and Democrats, depending on who is the biggest “Turkey of the Year.”

Before we bestow the award, we receive nominations from our Ringside Politics audience and then do exhaustive research into the “Turkey” credentials of each nominee.

This year was unlike any other one in the history of our show. In fact, the entire year of 2020 has been a “Turkey,” and almost everyone is ready for this year to end and for a fresh start in 2021. Not surprisingly, in a year like this, we received a record number of serious nominations.

Thus, it was an extremely difficult decision; however, after much deliberation, our committee decided the winner of the 2020 Ringside Politics Turkey of the Year Award is New York Governor Andrew Cuomo. This arrogant, self-absorbed, and utterly obnoxious politician is the perfect choice for the award.

At the beginning of the Covid-19 pandemic, Cuomo conducted daily news conferences. Initially, his performances received rave reviews, but, eventually, his conceit, condescension, and volcanic temper became impossible to ignore.

In recent press briefings, Cuomo has belittled reporters who were just asking basic questions. He called one reporter “obnoxious and offensive” for posing a simple question about public schools. It seems that anyone who has the audacity to question his decisions is treated with pure contempt. Clearly, Cuomo could not handle one minute of the type of press conferences that President Donald Trump must endure on a regular basis.

Incredibly, this pomposity was rewarded by the International Academy of Television Arts and Sciences, which gave the Governor an “Emmy” for his news conferences. This hopelessly liberal entertainment organization awarded Cuomo for “effective use of television during the pandemic.” When Cuomo received the award, he was given video tributes by left-wing actors such as Robert DeNiro and Ben Stiller. No wonder millions of Americans are disgusted by the media and Hollywood.

Instead of an Emmy, Cuomo should have received an indictment for his decision to force New York nursing homes to accept Covid-19 patients, without a negative test, from hospitals. This insidious directive, which was rescinded in May, possibly led to the deaths of as many as 11,000 people, according to the Associated Press.

The United States Department of Justice is rightfully investigating the Governor’s actions and has requested documents from the Cuomo administration concerning the Covid-19 deaths.

Cuomo’s leadership style and nursing home decision has been criticized by both Republicans and Democrats like Queens Assemblyman Ron Kim. He said Cuomo “is getting all the credit to celebrate his win, and I think it’s just wrong. There’s too many people struggling still for him to be taking a victory lap.”

Unfortunately, many liberals are ignoring the justified criticism and the ongoing investigation into Cuomo’s unforgivable actions. Amazingly, Cuomo has been nominated for Time Magazine’s “Person of the Year” award, while his latest book about his “leadership” during the Covid-19 pandemic is on the New York Times Best Sellers list.

All these undeserved accolades are too much, even for former Cuomo staffers like Alexis Grenell, who worked as his deputy director of intergovernmental affairs when he was Attorney General of New York. She called his book, “self-congratulatory” and noted it was written during what he called “half-time” of the pandemic. According to Grenell, it is like “Winston Churchill” writing “the history of World War II in 1943.” Cuomo’s actions have disgusted Grenell so much that she refers to him as “St. Andrew, our savior of the spring,” who “is now milking his 15 minutes of fame for an extra 30.”

It was not enough for Cuomo to limit his heroism to the spring, he also made it clear he was going to save New Yorkers during Thanksgiving. For the holiday, Cuomo urged New Yorkers to stay home and not gather with relatives; however, he later admitted in a radio interview that he was going to celebrate the holidays with his two daughters and his mother. After intense criticism, Cuomo had to nix the family gathering, but the episode clearly showed an astonishing level of hypocrisy. For Cuomo, he abides by a different set of rules than the “little people,” his subjects.

For Thanksgiving, Cuomo increased the fine for violations of social distancing to $1,000 per incident, hoping to maximize the penalties for New Yorkers who dared to live a normal life. The Covid-19 pandemic has allowed Governors like Cuomo to act like tyrants by issuing new mandates and orders that have not been passed by legislative bodies. These fiats are blatantly unconstitutional and are an infringement on every American’s First Amendment rights.

Sadly, the people of New York are saddled with the worst Governor in the country. Cuomo has proclaimed innumerable edicts designed to limit the rights of New Yorkers, all in the name of fighting Covid-19. Recently, he established a hotline for New Yorkers to squeal on their neighbors who had the nerve to hold family Thanksgiving gatherings. Fortunately, New Yorkers ignored the hotline and the Governor’s ridiculous warnings and only a few people used it.

Every day, more New Yorkers are regretting that Andrew Cuomo is their Governor. He is a horrible leader, but the perfect choice for the Ringside Politics Turkey of the Year.