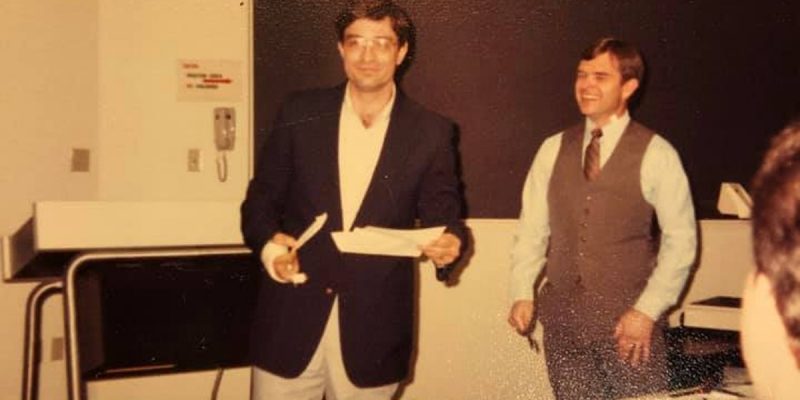 I’ve been laying low to an extent given the strange doings on the national scene. But with revelation that the DOJ/FBI is finally entering into the investigative stage of rampant voting fraud, I had to speak up.

Because so many Americans are justifiably dubious that federal law enforcement can accomplish an unbiased investigation. As of this moment, I am one of them, despite my 27 years with the DOJ/FBI.

It doesn’t help that no sooner did Attorney General Bill Barr announce that the feds would look into the “irregularities” of the 2020 election, the director of the Department of Justice’s Election Crimes Branch abruptly resigned his position to take on another role in DOJ. Somehow investigating election crimes before they can actually taint or destroy the results of an election is more than Richard Pilger can be bothered to do.

Though dubious, I am hopeful and this is why.

The photo at the top of your screen was taken nearly 35 years ago. It captures the moment during the 8th week of Quantico’s intense training, when new agents are given orders to report to their first assignment, nine weeks from that moment. My orders said Seattle.

I said the training was very intense and it was – in physical and mental conditioning. Note my broken right hand, which I received in a hand to hand combat practicum, where agents must defend their lives if disarmed or have exhausted their ammo. We had revolvers back then.
But part of the training was very mental, too. We were taught to eschew all impulses of political influence in our investigations. This was drummed into our heads almost every day. You had to maintain your objectivity at all times and only be influenced by the evidence. Nothing more and nothing less.

Lamentably, with the investigation of President Trump, the FBI and DOJ have forgotten that fundamental tenet of criminal investigations — objectivity.

I hope and pray today that the agents and prosecutors who have been assigned the duty of investigating voter fraud in the several states remain objective and alert. Our republic depends on their diligent objectivity and ferret out the corruption which visited the most solemn sacrament of our republic — free elections.

I hope the Quantico course plan hasn’t changed much over the years, and that each agent and prosecutor puts the Constitution above any other impulse the may encounter. Document everything. Don’t talk to the press, at all. And remember, you took an oath to defend the Constitution against all enemies-foreign or domestic.