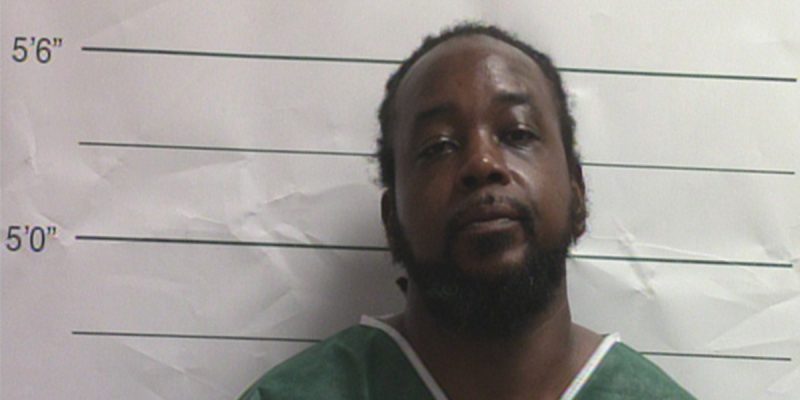 There really hasn’t been enough of an outcry over the brazen atrocity committed by a lunatic in New Orleans’ French Quarter on Friday. A 44-year-old man named Donnell Hassell, riding in the back of a pedicab, opened fire on a NOPD vehicle. He showered the front windshield with bullets, lodging one just below the left eye of 31-year-old NOPD patrolman Trevor Abney. Abney’s partner Brooke Duncan IV suffered multiple cuts from shards of glass flying from the shattered windshield.

Here was video of the shooting.

Hassell’s pedicab driver fled the scene on foot, and so did Hassell, but he was chased down by other NOPD officers and arrested at a construction site a few blocks away.

Both officers will survive. Abney miraculously is expected to make a full recovery. He was alert when he walked into the hospital after being shot in the face, making him one of the toughest people you’ve ever even heard about. He was listed in serious condition Friday night.

There was no apparent provocation. Hassell just decided he’d like to shoot up a cop car, and so he did it.

Hassell, a tourist from Georgia and an Iraq War veteran, faces two charges of attempted first-degree murder of a police officer. Each charge has a maximum sentence of 50 years if convicted, and more charges are possible.

Apparently Hassell was completely baked when he was arrested, giving off the strong aroma of marijuana and exhibiting signs of excited delirium after he was taken into custody, so much so that he ended up being intubated at University Medical Center in New Orleans.

It’s fair to say this incident does a good bit of violence to lots of narratives. First, that people high on weed aren’t violent. Any cop will tell you that’s false, but people continue to believe it.

Second, that suspects high on drugs who suffer medical issues when they get arrested do so chiefly because of police brutality. That’s what generated a national paroxysm of street violence in the aftermath of George Floyd’s death, despite a coroner’s report declaring that it was the overdose of fentanyl in his system rather than an officer’s knee on his back that did him in. Eric Garner’s death in police custody was likely less a product of inebriation and more a function of his morbid obesity and multiple health problems. With Hassell, the arrest didn’t cause his death, but he was in the hospital until Saturday night when he was booked into the Orleans Parish Jail’s mental ward.

There’s a GoFundMe account to help Trevor Abney recover from his injuries. Please donate what you can.

Interested in more news from Louisiana? We've got you covered! See More Louisiana News
Previous Article SADOW: Louisiana’s Colleges Might Be Better Off Than In Other States
Next Article 1,000 Texas National Guard troops ready to ensure safety in the state’s five largest cities