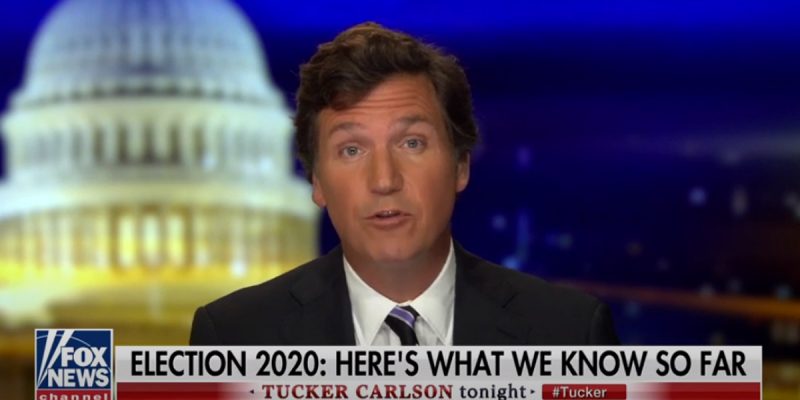 My latest American Spectator column which was published last night pushed back against this palpable phalanx of media demands that Americans drop the outrage over the manifest “irregularities” taking place in the failed 2020 election.

This week the Trump campaign will presumably outline the case, by presenting evidence of electoral chicanery, that the true results of the 2020 election are not those that have been reported by the news media.

Team Trump should not be ignored. The evidence presented cannot be ignored. It must be vetted, observed, and adjudicated. The media’s characterization of Trump as whining or acting as a sore loser is invalid and inappropriate.

Because as the president noted, this is about far more than his election. This involves the very existence of American government. It’s the very lives we lead that are at stake.

Let’s understand what our republic is. It’s a contract between our people, and between our state governments, who are the ultimate sovereigns, and the federal government.

The basis for that contract, its foundational principle, is the consent of the governed. Remember the words of our foundational document, the Declaration of Independence.

“That to secure these rights, Governments are instituted among Men, deriving their just powers from the consent of the governed.”

Now, pull this back to the stratospheric level. What is the fundamental requirement to make any contract effective? Consent, freely given.

And that consent is not possible when it’s given under conditions of fraud or duress.

In every legal system of free countries, no contract is enforceable when it’s shown that one party has materially lied in order to defraud the other.

That’s precisely what is at issue with respect to what’s alleged. If Team Biden engaged in the kinds of material fraud and vote-rigging being alleged in numbers that would change the outcome in Michigan, Pennsylvania, Georgia, Wisconsin, Arizona, and Nevada, then the social contract — the very foundation of who we are as a country — is gone.

It doesn’t exist anymore. It has to be remade. And there is no set way to remake it, particularly in a nation as divided as this one is.

There is a very real attempt out there – on Friday I called it The Great Psy-Op – to paper over a clearly failed election and shout down any resistance to Joe Biden as the man who “won” the election.

The election is, by the way, not over. There are recounts in Wisconsin and Georgia amid widespread allegations of voter fraud. There are lawsuits in Michigan, Pennsylvania and Nevada. Arizona has not been called by CNN. Pennsylvania was taken out of Biden’s column yesterday by Real Clear Politics. Nothing is settled.

We don’t have enough information to say whether Team Biden stole enough votes to turn the election or whether the allegations of fraud mar what would otherwise be a legitimate victory. We can offer opinions on that question; our own observations are that urban Democrat machine shenanigans on Election Night and beyond are so ingrained and pervasive in our system that its legitimacy in many places was questionable even before Nov. 3, and everything that happened a week ago points to the theft of an election.

But we are not the arbiters of that question. We are not the triers of fact. That is for the courts, and the state legislatures in Georgia, Pennsylvania, Wisconsin, Michigan, Arizona and Nevada, and then the state congressional delegations meeting on Jan. 3, to decide.

It is not for CNN, Fox News, ABC, CBS, NBC, MSNBC, Bloomberg, the Washington Post, the New York Times and the other discredited legacy media entities, whose biases and manipulation of the public have rendered them septic in a free society, to decide, though they all seem willing to collude in order to do so.

Team Trump must be allowed to make their case in order to remedy the failed election. That so many in the media are so adamant about shutting it all down, and that Team Biden has established the obnoxious and ridiculous “Office of the President-Elect” when he is manifestly not the president-elect at this time, should make you more suspicious about whether this failed election is really a coup d’etat staged by a corrupt and discredited elite, rather than less.

Tucker Carlson recognized all this. Last night’s monologue was a full frontal attack on media shutuppery, including a veiled shot or two at his own network. It’s valid to wonder whether Carlson is preparing to jump from Fox News, as despite the fact he’s their most prodigious ratings-getter and moneymaker he’s increasingly divorced from the leftward direction that channel is moving in. That channel’s somehow-influential Sunday host Chris Wallace insultingly mocked Sen. Ted Cruz, for example, as a Japanese soldier who doesn’t understand the war is over. That’s what Cruz gets for asking valid questions about whether an American presidential election was stolen.

Note that when Carlson talks about cutting away from White House press conferences, that’s an attack on fellow host Neil Cavuto, who did it yesterday. Cavuto wasn’t alone. He was following the lead of the other corrupt corporate news media organs.