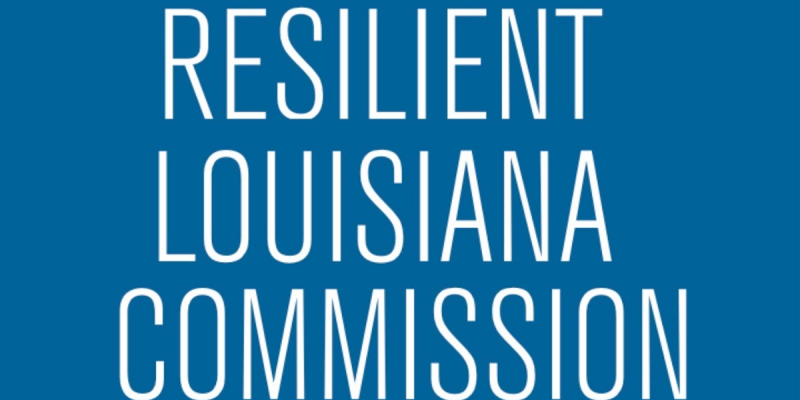 Let us start with that last question. The RLC was a much-touted Commission whose promised goals were the governor’s answer to the tough economic times wrought by COVID and the hurricanes. To no one’s surprise it was comprised of friends of John Bel Edwards who share his AOC Lite version of modern Democratic philosophy, Louisiana-style AOC if you will.

Was it a sincere effort to finally create a plan of how to lift Louisiana out of the malaise of being an economic backwater? Well, to understand the real intent of the report’s framers I suppose all one has to do is grasp how deeply it was tainted as an economic model by references to inequality, equity, LBGTQ rights, and all the other liberal identity-politics talking points that have held a death grip on the economies of our state and its major cities.

Does it create an economic model that would change Louisiana into a pro-growth state leading to higher levels of prosperity for all? Nah, it’s after all just a compilation of regurgitated liberal talking points mixed with failed economic policies and spiced with a very few touches of decent ideas.

To say that this report would serve as an embarrassment to any sincere political leader is putting it mildly. In fact, it was such folly that I had a hard time finding any news coverage of it at all. And only God knows how much money was wasted in its creation. It is so bad that even the governor, the Father of the RLC, has all but swept the report and the RLC under the rug.

But reports like this have a way of ultimately driving state policy. We may be assured that when Democratic politicians, especially the Governor, want to embark on evermore wasteful social and tax experiments the first thing they will do by quoting the report will be to attempt to build credibility where there is none. And the Governor’s loyal media, to justify the unjustifiable, will gleefully highlight their reporting with quotes from it without digging into the context of reality. So, what should be relegated to the ash can of history will certainly be dredged up to serve the Governor’s and his allies’ purposes.

Aside from the waste of taxpayer dollars, great harm has been done to our future by the RLC. In providing faux credibility, this report serves to give cover to a Governor who has never shown the ability to see beyond a current crisis. The one thing that Louisiana desperately needs is a leader who can see beyond today to envision a better future and then use his/her skills to lead the people to that place. The RLC report only serves to protect a governor who creates his own political security by building on our failed past and by supporting the growth of the overburden of smothering government.

As he muddles through his final term, our current Governor has been handed the tools he needs to obscure his inability to lead the people in any way except sideways. And that, not just the waste of taxpayer money, is the great tragedy of a Commission of yes-men such as the RLC.

Will anything meaningful to the people come of the Resilient Louisiana Commission report? Of course not, but you may expect to hear it quoted many times over the next three years. And the result will be just more malaise brought to you by a feckless governor armed with high-sounding justification to keep Louisiana trapped in its own economic swamp.