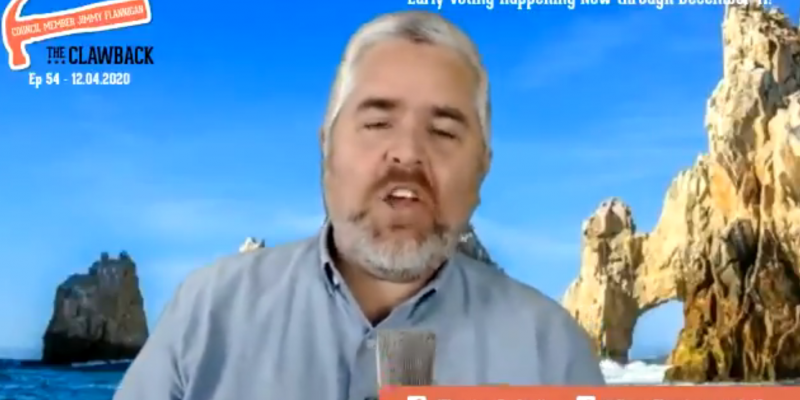 Austin Mayor Steve Adler has the left and the right furious after his lockdown trip to Cabo San Lucas was unveiled last week.

Though Adler was quick to apologize, the silence from the Austin City Council at the next day’s Council meeting was deafening, especially as businesses continue to suffer in the capital city of Texas under harsh COVID-19 restrictions and guidelines.

Now the city is in Day 5 of no member of the 100% Democrat Austin City Council calling out the mayor.

“I don't have a problem with Mayor Adler's daughter getting married at a beautiful Austin hotel or him enjoying a vacation in Cabo w/friends and family. The problem is he did while telling the rest of us that we shouldn't be doing it,” said Troxclair. https://t.co/hAe1tIFy27

(Troxclair is a Republican and the former Council member for District 8 in Southwest Austin. She did not seek re-election last term.)

Correct me if I am wrong but we are 24 hours into #CaboGate and not a single member of #atxcouncil has condemned the Mayor’s actions ?

Everyone is ok with it ?

(Loewy is a local attorney who typically supports Democrats.)

The only Council member to publicly address it that The Hayride has noticed so far is Jimmy Flannigan, who is currently in a runoff race to defend his Northwest Austin council seat. Flannigan, in his weekly podcast, started off with a background of a famous Cabo locale, but did not challenge Adler’s decision.

This had challenger Mackenzie Kelly on the offense over the weekend, and with a fiery press release.

Make no mistake: There are simply no courageous, independent voices left on the City Council, which was made crystal clear by my opponents inaction, and now his mockery. Read more: https://t.co/kcwsrBVvNx #atxcouncil

“Who is standing up for local businesses closing their doors, non-profits suffering from reduced donations, or those who canceled family gatherings to abide by the mayor’s directive?” Kelly said, via the release.

From the hip: Fully 62% of voters voted for any of the three candidates opposing Flannigan in the Nov. 3 election. Given the number of Democrats who are turning out to support Republican Kelly, it is becoming clear that a lack of representation coupled with a refusal to engage on tough issues like “CaboGate” and a radical vision for Austin, is reason for the mass dissatisfaction.

With a little over a week to go, it’s still anyone’s race to lose, as Mackenzie and Flannigan each vie for votes in historically low-turnout elections. However, this is a barn-burner coming off of a record-setting general election with over 23,000 having voted so far. Democrat turnout was strong on Day 1 with the receipt of mail-in ballots (as expected) but conservative pollsters are telling us Republicans are breaking for Kelly and conservative District 10 challenger Jennifer Virden by a wide margin. Refusing to call out the Mayor for something universally recognized as hypocrisy will not help either Flannigan or District 10 Council member Allison Alter hang on to their seats.