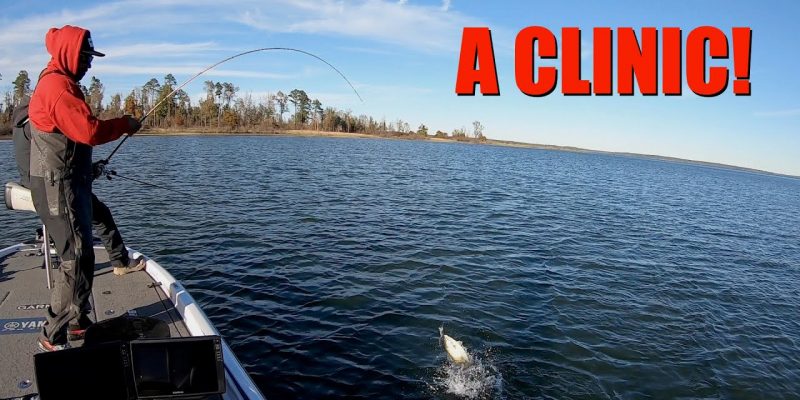 At 114,000 acres, Lake Sam Rayburn is the largest fully contained water body in the state of Texas. It hosts more than 300 bass tournaments every year, and in 2018, was named the best bass lake in the nation by Bassmaster magazine.

If there’s any place worth making a road trip to, it’s Lake Sam Rayburn.

That’s what I did last week after being invited to a media event by Bill Lewis Lures. I’ve fished Rayburn’s neighboring lake, Toledo Bend, numerous times throughout my career. In fact, that’s where I caught the biggest bass of my life — a 9.43-pounder — in 1995 while fishing with former Classic champion Jack Hains.

But I had never made it just a bit farther west to Rayburn. I’d heard all the stories about its big bass — and had seen the tournament weights to prove it — so I was eager to spend a few hours on the lake.

At first glance, the lake looked a lot like Toledo Bend, and it would prove to fish similarly. The water was down about 5 feet, so there would be no flipping of bushes or anything like that, but there were pockets that were lush with submerged aquatic vegetation.

As luck would have it, I would be placed on a boat with Major League Fishing pro Mark Daniels Jr., a well-known California native who’s won nearly a million dollars over the course of his career, as well as Rayburn guide Brian Branum, inventor of one of my favorite fishing lures, the Echo 1.75.

Due to some scheduling snafus, we didn’t have very long to fish at all, but Daniels and Branum put some nice Rayburn bass in the boat, using both Chatterbaits and Rat-L-Traps, and I got educated from Branum on why the Echo is so productive. I had no concept of the lure’s intricacies; I just knew it caught fish.