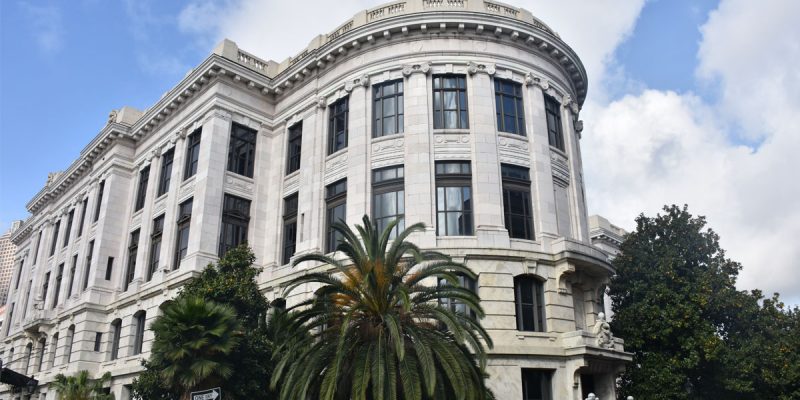 The Louisiana Supreme Court took one look at the ruling by 19th Judicial District Court Judge Billy Morvant declaring a Louisiana statute allowing for either house of the Louisiana legislature to cancel a public health emergency by a petition of a majority of its members, and said, “No.”

Maybe that’s why Morvant waited so long to actually sign his ill-fated ruling.

The statute was upheld, and Morvant was canceled. Maybe if he’d actually given legal reasoning for declaring the statute unconstitutional he wouldn’t have so much egg on his face today – and maybe if he’d been interested in adjudicating Edwards v. Louisiana House of Representatives from the beginning, he wouldn’t have the case thrown back into his courtroom.

Here’s the five-page Supreme Court ruling. It doesn’t treat Morvant all that well. 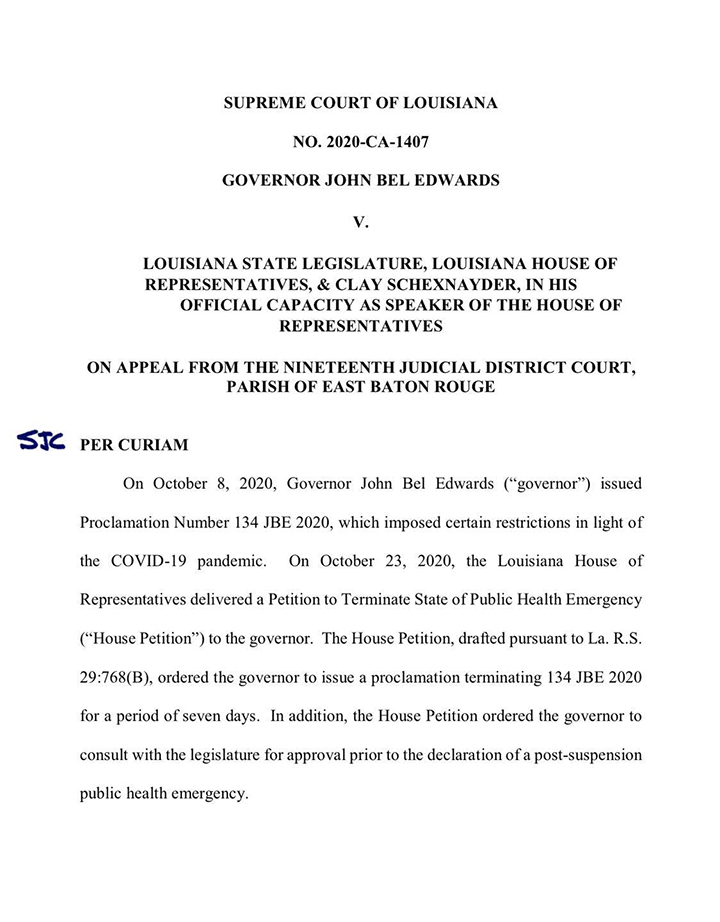 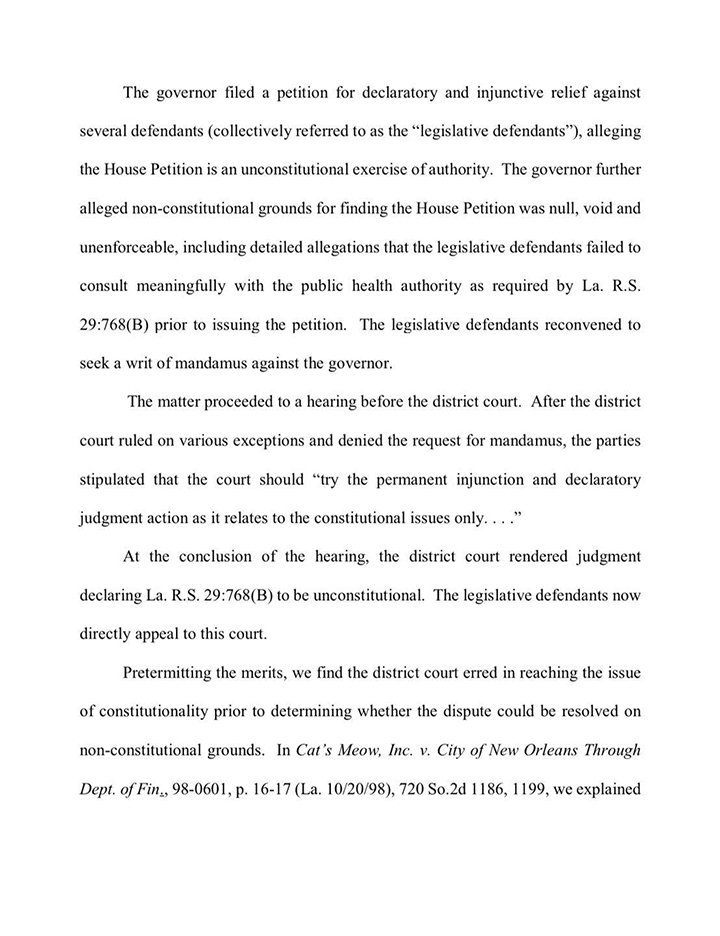 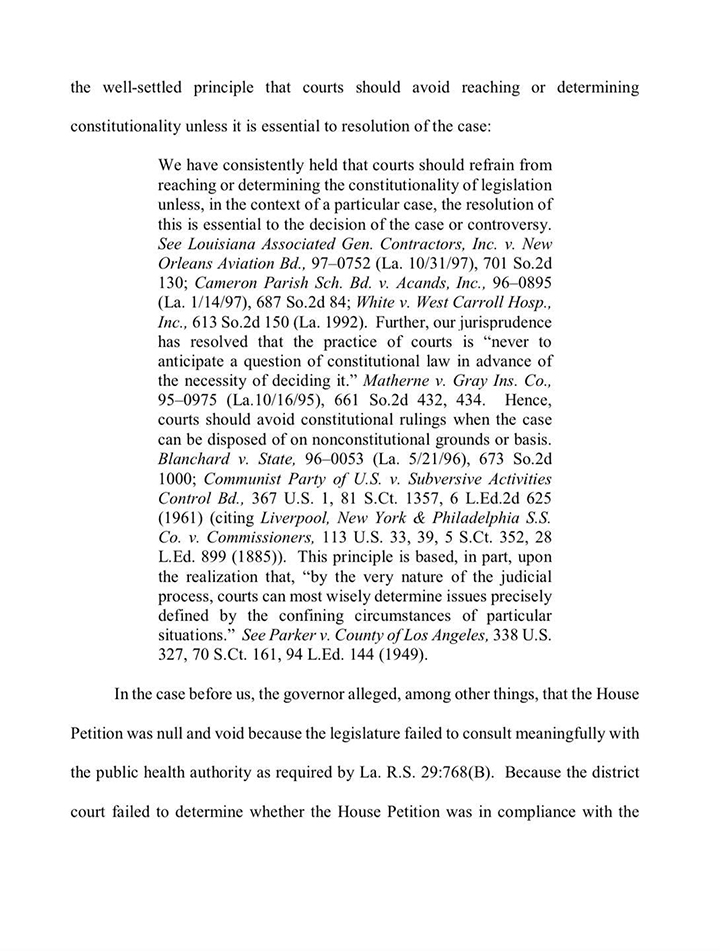 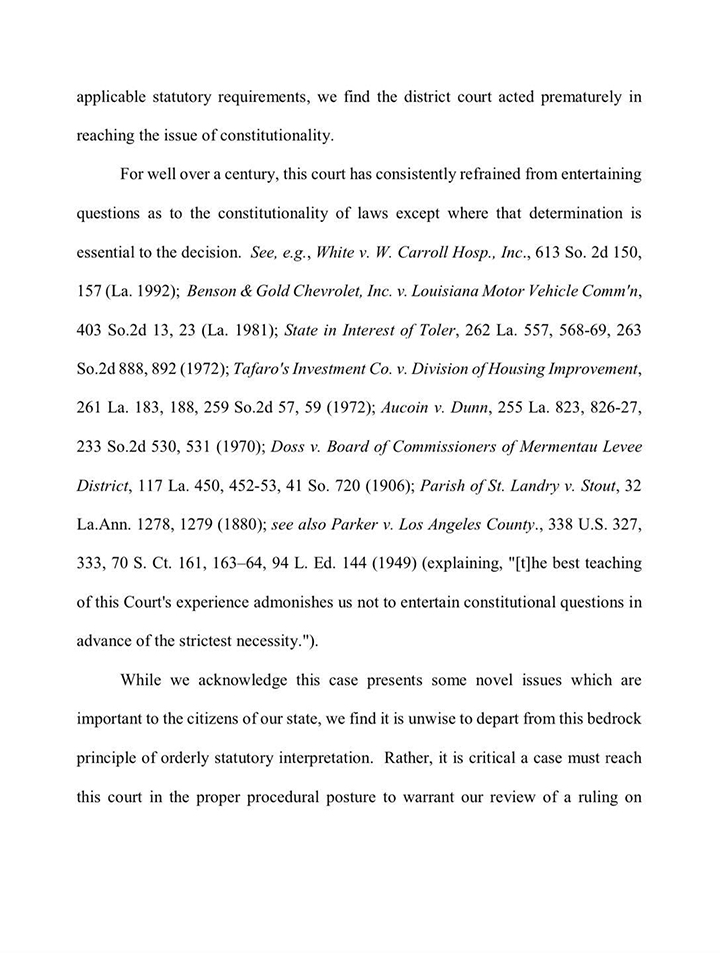 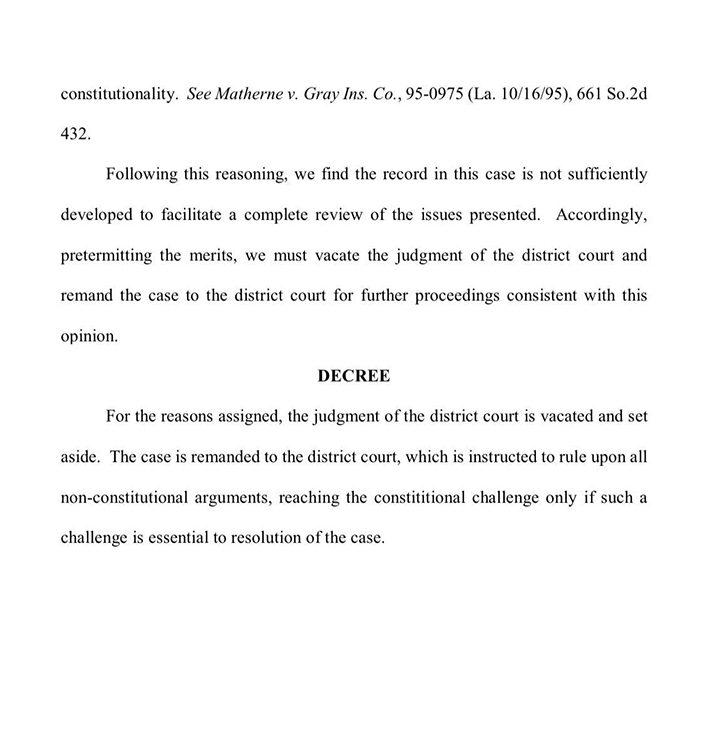 Which means that legally, at least arguably, we’re back to where we were when that petition was signed in late October. The case has to be decided in Morvant’s court, and Edwards is going to be arguing that the House didn’t consult with the “public health authority” before signing the petition, which is absurd.

This was argued in Morvant’s court in the first hearing, and the judge was for some reason unmoved by it. Perhaps after getting slapped across the chin by the Supreme Court he might take this case a little more seriously.

Louisiana Attorney General Jeff Landry, whose office argued on behalf of the legislature and House Speaker Clay Schexnayder, was pretty happy about the Supreme Court’s ruling.

“Today’s action by the Supreme Court maintains that Louisiana is not a dictatorship. No elected official, including the Governor, can ignore or reject the checks and balances that underpin our government.

Since all laws are presumed to be constitutional unless or until the Supreme Court deems otherwise, La. RS 29:768(B) is constitutional. Any elected official, including the Governor, who says otherwise is simply wrong on the basis of law.

As written in the law, the Legislature continues to hold the power to terminate the Governor’s declaration of emergency by petition. By failing to comply with this Legislative directive, the Governor has made his subsequent executive orders aspirational not enforceable.

If the Governor continues to act outside his legal authority, he only further confuses the public.

The wise course of action would be for the Governor to meet with the Legislature and establish common-sense guidelines which fall within the law.”

Edwards isn’t going to have peace talks with the Legislature. He’s going to give more press conferences about how poorly the state is doing in combatting COVID and how Louisiana hasn’t locked itself down and masked itself up like he has demanded, and therefore reopening the state isn’t in the cards. And he’s going to make the same arguments in front of Morvant that he made before, probably successfully, until an appellate court throws them out and reverses Morvant on the public health authority question or the mootness issue.

We will be at this until everyone in Louisiana has been vaccinated against COVID-19, or acquires immunity from having contracted it and survived. And Edwards will claim that it was his wise leadership steering the state through the pandemic.

Few will believe it, of course, and the “victory” that he’ll claim will be an exceedingly hollow one given the wreckage strewn across the state.

Some of which will be the shredded credibility of one Judge Billy Morvant. But Edwards won’t be able to take credit for that one. Morvant did that damage all by himself.