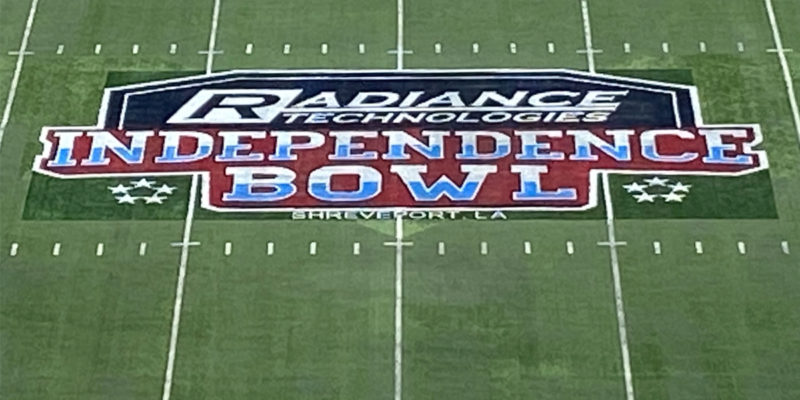 After all its efforts to survive, Shreveport’s Radiance Technologies Independence Bowl may have received its death knell from a combination of a microscopic organism doing its things and the politics and vanities of the humans it lives in.

This week, game officials announced that, after a run of 44 years, the contest would not occur this year. Initially scheduled just after Christmas, the cancellation came when the Pac 12 football conference declared it “couldn’t” fulfill its obligation to produce a bowl-eligible team to face off against Army. For the next few years, the bowl follows a schedule where in alternating years where Army (if eligible) faces a Pac 12 team or independent Brigham Young University (if eligible) squares off against a Conference USA squad (that has several schools within 400 miles including Louisiana Tech just down the road).

In reality, this is one of the poorest potential sets of matchups in the existing bowl system, but despite this being the case throughout most of its history, the I-Bowl has a remarkable record of longevity. Except for the six most prominent bowls that alternate as sites for the College Football Playoff, only four other games have lasted longer.

The Wuhan coronavirus pandemic obviously disrupted substantially the season, inviting in even more politics than usual into the bowl system. At the top end, because teams played wildly different numbers of games, it allowed Ohio State – which played only six games and whose conference bent its own rules to allow it to play that many and in its championship game – to contest for the playoff while leaving out teams with more substantial, if not at least as impressive, bodies of work such as Texas A&M, Cincinnati, and Oklahoma.

In a season where the usual minimal eligibility of at least six wins and a non-losing record were scrapped, one such school that hoped to sneak into the playoff like Ohio State was Southern California. Despite only set to play six games as well, before their conference championship game the team argued they should be considered. Then they lost to Oregon – which actually didn’t initially qualify for the game but pandemic woes sidelined the original opponent – and decided they would take their ball home and not play a bowl, citing pandemic concerns.

They aren’t the first team suffering disappointment this year to use the pandemic as an excuse not to line up helmet-to-helmet – Florida State alleging twice they couldn’t play mere hours before kickoff as medium to heavy underdogs, but then managing to have a game against a team they were favored to beat and did – and after the regular season had concluded other Pac 12 teams joined them in saying they wouldn’t play. Translation: given the unglamorous destinations away from the West Coast and the additional aggravation of the pandemic, they’d rather lick their wounds in lockdown. It’s not the conference “couldn’t”, but “wouldn’t” hold up its end of the deal.

This had a domino effect that left no opponent for Army. Several bowl games were cancelled because of the pandemic’s impact in their sites, but only the Independence Bowl got axed because it couldn’t find two teams willing to play at such short notice. Pandemic politics has played a role in a more general sense as well: almost every school participating comes from and almost every game is located in states with Republican governors and with typically much more relaxed restrictions on people’s activities.

As a result of the cancellation, the game now faces its most desperate straits ever in a history replete with existential crises. Before this year, it already sat on a million-dollar deficit – despite annually almost $650,000 of local tax receipts directed its way by state lawmakers and a compliant quasi-government agency and another $400,000 in local government assistance – and last year’s financial numbers suggest it will have spent all of that and more in 2020 (in part because Shreveport’s donation of $140,000 can be pulled back if no game is held) without a game and its proceeds, not even including depreciation, so the deficit will increase even more.

Worse, a cancellation scares away future sponsors and especially will spook the new title sponsor, defense contractor Radiance Technologies, who certainly will want some refund and be encouraged perhaps to look to leave the contract early as did the previous sponsor, Louisiana-based Walk-Ons. Already the game had announced ticket refunds for buyers wanting them.

It would be a shame if this sequence of events finished off the Independence Bowl. The only silver lining would be the tax subsidy essentially shuttled the game’s way might be eliminated or at least repurposed to a more valuable purpose that sponsoring a football game.