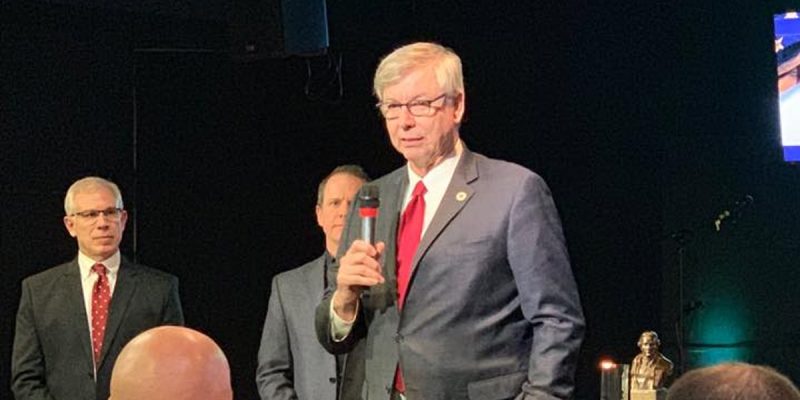 If you’re going to make bad policy, at least know what you’re talking about, a lesson that Republican state Rep. Larry Bagley needs to learn.

This week, the Louisiana Legislature’s Joint Medicaid Oversight Committee had one of its occasional meetings to review matters of interest. One concerned a rule change that would shovel over $5 million more to nursing homes that would convert more rooms to single occupancy even though it would appear this would not reduce the overgenerous compensation these providers receive,  nor discourage payment for excess licensed beds in a system that disproportionately sends Medicaid clients to nursing homes instead of almost-always less expensive home- and community-based care.

The counter-intuitiveness of the change hasn’t fazed key legislators who could trigger a review and its potential veto, leading them to scramble in justifying it. This includes Bagley, who has attempted to fend off criticism of it, which equates to criticism of him, for as chairman of the House Health and Welfare Committee he could have called his committee to meet by the end of the week to vet the change.

At this meeting, Bagley took to the microphone to complain about constituents irritated at the change contacting him, and wondered if AARP, an interest group advocating for older citizens that opposes this, was whipping up the grassroots opposition. He claimed, based upon the experience of his father, that he couldn’t see how home- and community-based services could do as well as nursing homes, because supposedly facilities had staff around constantly to take care of clients. Plus, now families have the option to install cameras at their own expense in rooms (with the permission of the other resident if not a single room).

Bagley seemed to miss the irony of his statement when he noted instances that he knew his father wasn’t receiving services, although he said he figured the same occurred in other settings. He also admitted to receiving frequent communications from the well-organized nursing home interest – unlike with the other care providers who have little in the way of lobbying clout. He said he could see “both sides” of the issue, although he professed no experience with home- and community-based care – and proved it when he asked rhetorically about how oversight of the direct activities occurs among those providers, which he alleged “doesn’t happen,” and gave as an example “we don’t know if cousin John is actually watching aunt Susan or if he’s at casinos spending that [Medicaid daily rate for care] money he got from home health … there’s nobody that checks that.”

He immediately apologized for his statements, which he termed “inappropriate,” but which he made nonetheless because, horror of horrors, the taxpayers for which he works actually put pressure on him to be accountable. What he really should have apologized for was being the chairman of the House committee that deals with policy representing over half the money spent by the state yet being so profoundly ignorant about what actually goes on pertaining to that.

To begin with, let’s note that Bagley doesn’t even understand the issue even in a general sense. Regarding care, it’s not that nursing homes inherently provide worse quality of life than long-term care support services outside of them, according to the false dichotomy of institutions vs. community he tried to establish. For a number of clients, given their relative mental, behavioral, and physical health, a nursing home is the best option.

The problem is, the current system inappropriately and wastefully steers too many clients whose care needs don’t require the kinds of interventions and consequential restrictiveness inherent in the one-size-fits-all model of nursing homes. They become trapped in the system, robbed of their independence, and all at greater expense to the taxpayer than if community supports and services received more funding and state government committed itself more fully to that approach – which Bagley clearly does not favor.

Nor does Bagley have any clue as to how home- and community-based services operate. First of all, contrary to his example, while some waiver programs permit family members to provide services, this isn’t the norm – at least, it wasn’t pre-COVID. Individuals providing home health care must have the appropriate training, which typically involves only low-intensity interventions, not skilled nursing. In some cases, these arrangements make great sense because, for example, a parent more than anyone else will advocate for and see to it personally that her child receives the best care possible. This arrangement for a capable parent provides superior care compared to her working outside of the home and having a health care worker tend to the child.

Most of this kind of care the state arranges with private sector operators who have to follow state standards in hiring, training, and oversight of personnel delivering it. These workers typically have to verify when they arrive and leave a shift and thoroughly document their activities by telephone through a method that pinpoints they are at the proper address. The recipient signs off and any party – client, agency, state – can review these documents for accuracy. Quarterly, an overseeing nonprofit agency contracted to the state reviews a client’s situation, including his needs and whether these change, and whether the provider fulfills its end of the deal.

As an additional means of oversight, unlike in nursing homes where a client may be left to rot with no means of compelling service provision unless family members or other advocates visit and intervene, in home- and community-settings clients have others – family members, advocates, state employees, or even other clients, in group home settings – who can monitor whether promised services get delivered. Importantly, clients in community settings are there precisely because they retain enough personal supports to achieve a degree of independence obviating the need to step down to the impersonal, episodic, and bulk monitoring and reactive responses part of the nursing home experience.

Only those who do not have committed and capable folks providing this direct assistance at some points and direct oversight the rest of the time need to be relegated to a nursing home.

And, just as some clients definitely need the range and volume of services a nursing home provides, others require such complex and frequent interventions – such as ventilator-dependent patients – that they would suffer, if not die in short order, in a nursing home. Only in a home or community environment could they live, much less live with some quality of life.

No method is perfect, and home- and community-provision can have its problems when those, by blood, marriage, or otherwise, who say they will provide care and advocate for clients then don’t. Absent scrutiny, unscrupulous workers can find ways to cut corners and may abuse clients as a result – just like in nursing homes.

But to allege, as Bagley does, that the system inherently is more wasteful of taxpayer dollars, and that it is akin to handing taxpayer cash to families for them to spend without oversight, shows ignorance. There will be some waste – Louisiana Medicaid could do a better job in matching genuine supports to genuine needs and pushing agencies for better delivery – but waste occurs on a far greater scale when clients who have relatively modest needs instead get shoved into nursing homes because the state’s funding methodology drives them there (and because nursing homes have expensive lobbyists making sure that methodology is preserved).

It’s a shame Bagley has learned so little about all of this in his year at the committee’s helm, and that he seems bent on complaining about rather than listening to his constituents who don’t buy into his nursing home-centric worldview. It might be better to replace him as chairman with somebody not so stupefyingly clueless about his subject matter who then feels compelled to broadcast that vapid misinformation publicly.

Interested in more news from Louisiana? We've got you covered! See More Louisiana News
Previous Article APPEL: The Federal Eviction Moratorium Will Likely, As Always, Do More Harm Than Good
Next Article New Orleans Is Run By Stupid Communists; Gets Stupid Communist Results