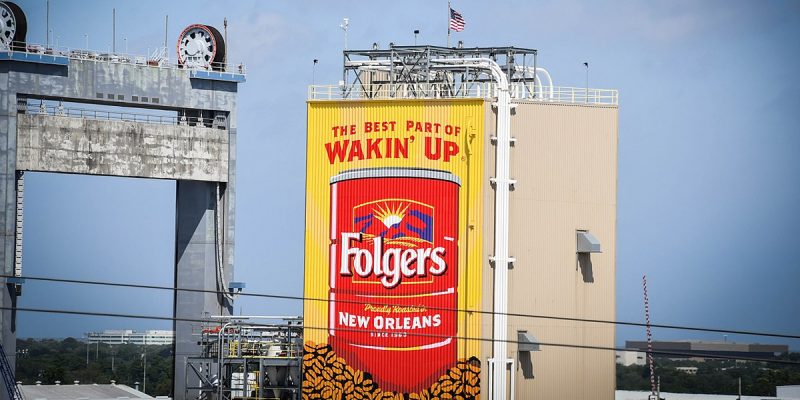 You’ll read that headline and you’ll think it’s about the stupid communist LaToya Cantrell and her insanely stupid row with Christian singer Lauren Daigle. We’ve covered that with a couple of posts this week, and of course the latest is supposedly that Dick Clark Productions had never actually planned to host a New Year’s Eve TV segment in New Orleans this year starring Lauren Daigle, and so the entire controversy that sucked in Lt. Gov. Billy Nungesser and Attorney General Jeff Landry was a big nothingburger.

That is the position being taken by the New Orleans Advocate, who unleashed its entertainment reporter Keith Spera to essentially defend Cantrell by saying that she hadn’t canceled anything when she attacked Daigle and who claimed that New Orleans will still host a Dick Clark New Year’s Eve show segment.

Which begs the question why, if Lauren Daigle wasn’t going to be the talent on hand, Cantrell would have bothered to write that letter to Dick Clark Productions attempting to cancel her? Daigle is the linchpin, after all, for leveraging a half-million dollars worth of Louisiana tourism money from Nungesser’s office to help offset the costs of the TV segment. If Daigle was just an idea that nobody had settled on, it seems exceptionally stupid that Cantrell would pop off publicly about the prospect of her singing in New Orleans on TV.

Particularly since Cantrell is now on the hook for the $500,000 that Nungesser and the state’s tourism department was going to kick in for the segment. Remember, this comes after Cantrell, in a failed attempt to induce voters to pass local tax extensions, threatened furloughs and layoffs among city employees because of New Orleans’ COVID-induced (and largely self-inflicted) budget problems…which she just made worse.

Incidentally, Daigle has a concert set for next November at Smoothie King Arena in New Orleans. Is Cantrell going to try to cancel that, and if she does, will the Advocate say that the concert was never really going to happen anyway?

But this post isn’t really about the stupid controversies LaToya Cantrell gins up with her authoritarian bull-in-a-china-shop routine. Something else is going on in New Orleans which is more substantial, and even more stupid. And it points up how a stupid communist like LaToya Cantrell managed to become mayor of New Orleans in the first place.

The state’s Industrial Tax Exemption Program (ITEP) is a reason why Folger’s is in the Crescent City. But there is an excellent chance Folger’s will be pulling up stakes and hitting the road after a number of applications for ITEP breaks on facilities improvements Folger’s is asking for have turned loose the city’s stupid communist politicians and non-governmental organizations – in particular city councilwoman Helena Moreno, who is trying to become the favorite stupid communist pol in the city in preparation for a congressional run, and the Soros-funded stupid communists at Together Louisiana – to demonize them.

From Gambit, an Advocate publication catering to stupid communists…

Members of Together New Orleans and City Councilwoman Helena Moreno rallied outside of City Hall Monday morning, slamming a proposal by Folgers Coffee asking for millions in property tax exemptions on completed updates to its New Orleans East facility.

“At the end of the day, homeowners and small business owners are not offered the luxury of being eligible for retroactive tax exemptions dating years back,” Moreno said. “I don’t think that it is worth it, and I will be voting no.”

Last month, the Louisiana Board of Commerce and Industry, which initially decides whether to approve tax exemptions for corporations, gave the green light to 13 exemptions for Folgers totaling around $12 million for 2021, the Louisiana Illuminator reported. The request comes two months after the City of New Orleans announced it would have to partially furlough thousands of its employees due to a coronavirus-induced city budget shortfall.

The City of New Orleans has some 540 employees making six-figure salaries, but nobody at Gambit will likely give a damn enough to report that. Eight of the 540 are secretaries.

There are a number of moving parts to the Folger’s story, but what’s important here, without getting into the weeds, is that this is a national company which is essentially an economic free agent. They could locate just about anywhere along the Gulf Coast they like, and all it would take is one phone call to line up a tax incentive package even better than the ITEP breaks they’re looking for in New Orleans.

If you think Naples or Fort Myers, Florida, where there is no state income tax, or Tampa or St. Petersburg, or Pensacola, Mobile, Biloxi/Gulfport, Beaumont, Houston, Victoria or Corpus Christi would hesitate for a single solitary moment in offering Folger’s property tax breaks and other incentives to pull them out of New Orleans, think again. In all of those places the local economy is a hell of a lot better than it is in New Orleans, and yet in each one of them it would be considered a great economic development win to pick up 750 jobs with one deal.

Not a single one of the idiot pols on the New Orleans City Council lining up behind Moreno for her stupid pre-campaign anti-capitalist publicity stunt, or for that matter the stupid communists on the Orleans Parish School Board who are also gunning to deny the Folger’s ITEP breaks, ever gave a moment’s thought to the signal it would send to the corporate world to start denying ITEP applications the state has already approved.

And the stupid communists at the NGO’s certainly didn’t. In fact, the Together New Orleans commies had to admit they were lying about all the positives they’d get for the city’s coffers by screwing Folger’s.

An advocacy group opposed to tax breaks for The Folger Coffee Co. drastically inflated the immediate windfall that local governments in New Orleans could reap by rejecting the exemptions.

A day before the City Council and Orleans Parish School Board are set to decide whether to grant six tax breaks for the company, Together New Orleans admitted Wednesday that it more than doubled the amount actually at stake for local governments when it said they could collect $12 million from Folgers by voting “no.”

Only about $5.4 million in taxes is actually due, and that would be spread across the myriad taxing entities in the city, according to the Orleans Parish Assessor’s Office. The $12 million figure promoted by Together New Orleans in news conferences, presentations and other public statements was calculated by lumping in two other, unrelated Folgers projects that are not up for a vote and appear to have been abandoned before the company applied for Industrial Tax Exemption Program relief.

They’re all pretty similar, in that they’re funded from left-wing foundations based somewhere far away from New Orleans, they’re run mostly by transplanted leftists with useless degrees from expensive colleges who packed a carpet-bag and headed for the Big Easy with dreams of turning it into a socialist utopia, and they promise the stupid communist pols they’ll turn out the vote for them if only they do enough stupid communist stuff.

In Cantrell’s case, the NGO’s delivered and made her mayor by a substantial margin over Desiree Charbonnet, a mediocre liberal from an old New Orleans family who by all rights should have been a shoe-in. The NGO’s hooked in Jason Williams, who despite being under federal indictment for tax fraud just got elected District Attorney in Orleans after making all kinds of far-left promises. And now they appear to be trying to convince Moreno, a shameless attention whore who has bought into the stupid communist mindset completely as the vehicle by which she might become the Big Easy’s carpetbagger congresswoman to equal its carpetbagger mayor, to carry their water with the same promise.

And Folger’s might be a convenient villain/victim for the stupid communists to practice their demagoguery on, thanks to the fact they’re asking New Orleans for a little bit of extra help amid a crappy national economy COVID has caused, but they will hardly be the last private sector enterprise forced to make an existential decision in New Orleans.

Because when you play stupid communist games, as New Orleans’ de-facto and de-jure leadership always does, you get stupid communist prizes. And in this case, a dead city no one wants to visit or do business in.