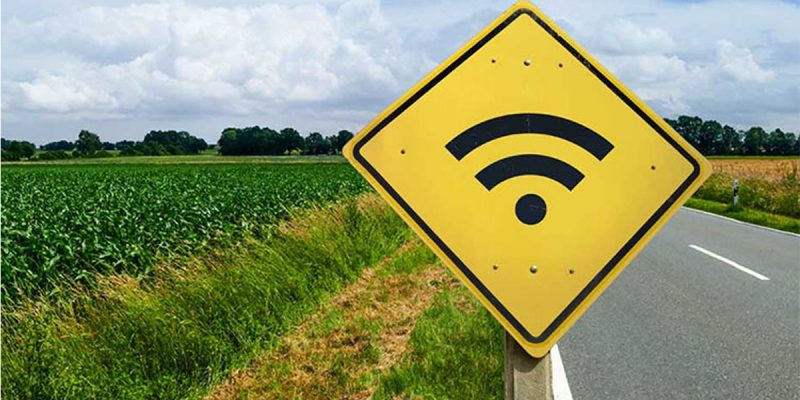 This is how you do rural broadband right – if you can keep it.

After over a decade of false starts, it appears over the next decade Louisiana will start filling in the rural broadband gaps. Award notices from the Federal Communications Commission’s Rural Digital Opportunity Fund went out, with Louisiana picking up over $342 million worth of services intended to reach over 175,000 addresses in areas currently unserved by broadband.

Twice the state has attempted to obtain federal dollars to expand the provision, off of initiatives from the Democrat former Pres. Barack Obama Administration. Twice it wisely abandoned the efforts because of the strangulation of red tape and concentration on achieving political objectives at the expense of service provision.

The Republican Pres. Donald Trump Administration brought a different approach when his FCC appointees attained a majority on that panel. Instead of heavy-handed government oversight, it built on a much more limited, earlier effort by addressing the issue in large-scale fashion through an innovative reverse auction – have qualified providers provide bids on what they would do the job for in a given parcel, with a few basic strings attached. This provided a cornucopia of bids at significant cost savings to previous efforts.

Significantly, state government had little involvement in this, although some politicians chomped at the bit to present themselves, in good-old Louisiana populist fashion, as the facilitators of largesse. For example, Public Service Commissioner Foster Campbell earlier this year trumpeted the program; while allowing that “the Public Service Commission does not regulate the internet, so I can’t magically wave a wand and get it to everybody,” he sought to encourage people to assign to him and his political allied unmerited credit for this bonus in maintaining that “Gov. Edwards is very interested in this, so we’re all pulling together to make sure that Louisiana is treated correctly.”

In reality, Edwards and the PSC had nothing to do with the awards. The Legislature, with Edwards’ assent (after he vetoed a previous version) did pass a law in the first special session this summer by Republican state Sen. Beth Mizell that made it easier for rural power cooperatives to get into the broadband business, which may have paid off with the state’s biggest fund winner being a consortium of Louisiana cooperatives put together by an out-of-state firm. It also lowered capital costs through a bill signed by Edwards by GOP state Rep. Daryl Deshotel that could rebate half of the sales tax associated with fiber-optic cable for winner bidders.

But this was the easy part. The program only covers a decade, after which providers may set freely their rates (which when subsidized must be vetted for reasonableness) or exit the business entirely. By then, it will be up to state regulations and local government oversight to ensure that access remains plentiful. For example, if provision costs remain high, providers may have to jack up rates that would price many households out of the market.

As well, this just constitutes an initial round of funding. Much remains for a second phase which will address underserved areas, adding to the unserved areas covered in the round just announced. Again, government can assist or impede by regulation its ability to entice providers to bid on and complete provision in these areas.

To that end, Louisiana state and local governments must resist their history of overregulation and working over the private sector to extract maximal direct revenues from it. Not long after the FCC announced the program’s offing, the Pelican Institute issued some sage advice as to how Louisiana governments could shield providers from needless costs, utilizing measures from other states, and this summer Americans For Tax Reform did the same with an overview of the states’ regulatory regimes.

Statute could cap fees such as right-of-way access to the actual cost associated with installation of equipment. A cap also could extend to franchise fees charged by government that federal law permits up to 5 percent of revenues, designed to compensate for right-of-way use. This maximum made sense at the beginning of broadband rollout, but costs have come down considerably since and now bear no relationship to this rate and too often this ends up used as an excuse for local governments to extract revenue. The Deshotel changes could be broadened to offer a full rebate for any broadband capital expenditure. Finally, the law could mandate maximum response times by and fees for applications to local governments relevant to broadband deployment, such as right-of-way use.

Louisiana got itself off to a good start in bridging the digital divide, but it could do more through nuts-and-bolts legislating that avoids grandstanding.

Interested in more news from Louisiana? We've got you covered! See More Louisiana News
Previous Article The Race For Cedric Richmond’s Seat Is Likely To Be A Free-For-All To The Bottom
Next Article APPEL: The Federal Eviction Moratorium Will Likely, As Always, Do More Harm Than Good