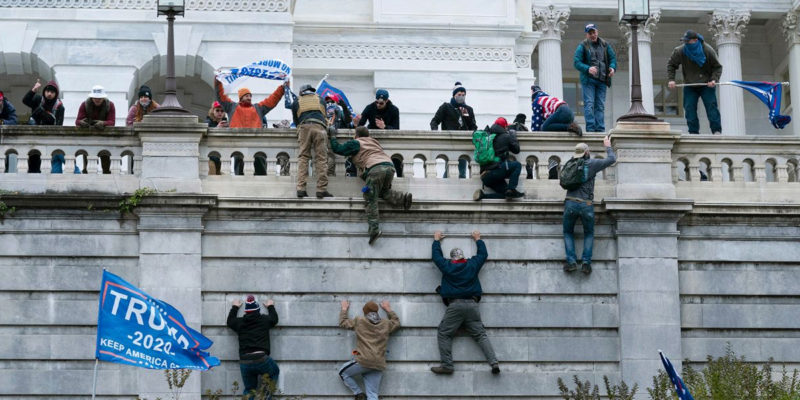 January 6, 2021 was, in my mind, the day I would know the final results of the November 3 election.   Eloquent arguments would take place in the US House and Senate; my elected representatives would make reasonable, thoughtful, and honorable cases but probably not prevail and the election would be over.  I looked forward to the day and I dreaded the day.   I didn’t want it to be over, but options were running out.

The election was finally settled on the sixth, but the day will remain in our psyche in a sad and peculiar way. When things got out of control, I put out a call for prayer and for peace. I hold fast to that call. To anyone who reads these words: Be peaceful, obey the laws of country and work to change things peacefully. Violence against our fellow citizens is NOT the answer.

I have dear and close friends who are both conservative and liberal. Some friends of decades have asked me to say more and to say other things.   These calls have come from both the left and right. I will say more, but it might not be digested well, by either side.

I had looked forward to January 6 because I knew my elected leaders were about to go through a ceremonial and important process of verifying or reviewing the recently concluded election. Some of the most thoughtful men and women in our country had put great time into the analysis of what happened on November 3rd and were about to undertake what I thought would be a great and skilled debate on the topic of seating electors.   I was proud that Senator John Kennedy would stand shoulder to shoulder with Ted Cruz and that Congressman Mike Johnson would stand with Steve Scalise in articulating their concerns with what many of us firmly believe was an election full of Constitutional violations.  I had reckoned this debate would probably be lost, but that it would take place. I was saddened over what I knew was coming because the numbers were not there to achieve the desired end state.   But we had to have the process and this last effort needed to be made.

And then, insanity kicked in.

What we saw on our TVs was unbelievable. We saw Federal property damaged and destroyed and we saw lawlessness in our nation’s Capitol.   We saw a lot of things we don’t understand; we really did see some peaceful protestors but we saw and heard reports of people breaking and entering. We’ve now seen creepy and disturbing pictures of trespassing and people sitting in places of government where they didn’t belong. We heard of the employment of tear gas by the protestors. What we saw and heard reminded me a lot of what we saw and heard about in Seattle, Portland, Minneapolis and DC last summer.  It had an odd feeling.  It still does.

What I know is this: Our nation is not a nation of coups or lawlessness. We don’t do it that way. We are and must be a nation of laws.

I think there are plenty of people who skirt around our laws and cheat.  It goes on all the time. Those of us who abide by the rules often see the cheaters and we try to beat them fairly and squarely. We wear the white hat. We fought hard in this recently concluded election and many of us still feel like something went on that was untoward. In the aftermath, we trudged along, getting frustrated by courts, frustrated by all sorts of things, including feckless leaders in all kinds of places. But we trudged along, obeying the rules. Our last place to try and win the election was on January 6 in the Halls of Congress.  It was a long shot and anyone who knew anything understood the complexities at hand.  But the effort was within bounds of the law.

Then out of nowhere, Seattle and Minneapolis seemed to appear on the streets of DC. An aggressive group of miscreants broke into our Capitol and mayhem occurred. A lady was killed by gunfire. Others, including a police officer have died since.  Some were arrested and many should be prosecuted to the fullest extent of the law.

For many months, we heard from the media and from some on the left that violence in the name of a political outcome is ok. Newscasters and some Congressmen and Congresswomen wagged their finger at us and told everyone to understand. Major news media said this over and over again during the summer of unrest of 2020.    I didn’t believe them then, and I don’t believe them now. Political violence is not right….ever….in a civil society.  I am for the rule of law.

A full review of what happened on the grounds of the US Capitol needs to be conducted and disseminated to the public. To all of us. What we saw and what we have heard is troubling in a lot of ways and our nation deserves a full review and analysis. Many suspect there is a lot more to the story than we know right now and we need to be fully informed.

A full review of what really happened on November 3rd ALSO is owed to the people of these United States.  Tens of millions of citizens and taxpayers believe they were cheated and lied to in that election.  It’s not going to be enough to say “it didn’t happen.”  People deserve a thorough review. If ALL sides want to restore faith in government, then we need the antiseptic of sunshine.

I want to keep our country. I want us ALL to live in a free country. We have a Constitution under assault, but we must try to hold on to it and defend it. We have the rule of law, though there seems to be a two-tiered system that favors the elite. A new day has dawned, for good or for bad.  It is time for all citizens to be alert and stand for what is right.

Our nation has had tough days in years gone by and we have survived and thrived. I still believe in the grand experiment of self-governance and I believe in our Constitution and way of life. I will always stand for those things.