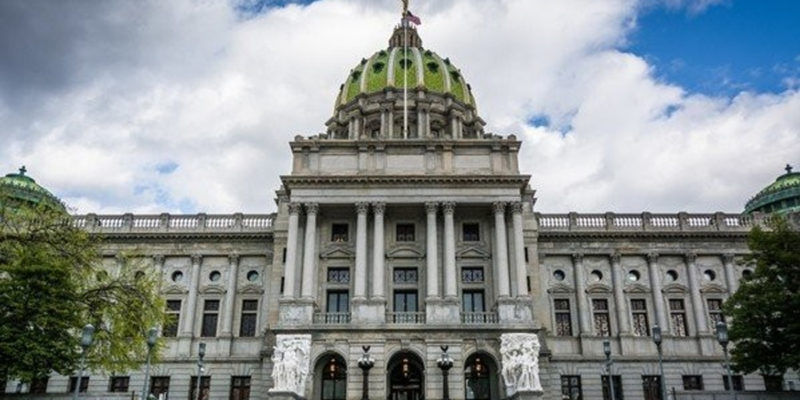 You’ll see lots of items this week and for the next several weeks talking about how the Republican Party is in the wilderness and where does it go from here, etc. The fact is, most of this is overblown and a large chunk of it is, essentially, concern-trolling from the Bush Republican crowd who are trying to angle for a return to some sort of leadership within the GOP.

The prospect of that is pretty minimal, frankly. Donald Trump leaves office, per Rasmussen, with a 51 percent approval rating. If Trump takes a six month vacation from making public statements while Joe Biden proceeds to run the country straight into the ground, which is absolutely inevitable given the swath through the U.S. economy the doddering 46th President cut yesterday with his first round of executive orders, that 51 percent could well become 61 percent.

Two-fifths of Americans believe, essentially, that Biden stole the election. That number is likely to increase, rather than decrease. Right now, everybody is trying to behave themselves and wish the new president success, and so on. By the end of next month that’ll be gone.

Remember, Trump has an 87 percent approval rating among Republicans. The Mike Lees and Ben Sasses of the world are going to have to curry favor with their own voters, who are not in much of a forgiving mood. They’re going to have to stake a claim for their own political strength, and the only way forward is vigorous opposition to Biden.

We know this because we’re watching what’s happening to Liz Cheney, who went a lot further than Lee and Sasse in attempting to curry favor among the Washington elite. Cheney, who was the chair of the House GOP conference, led a small party of 10 Republican House members in voting for Nancy Pelosi’s Impeachment Redux idiocy, and the blowback from that decision has been swift and severe.

Cheney has been censured by the state GOP in Wyoming, and she already has a primary challenger in state senator Anthony Bouchard for the 2022 election. A majority of the Republicans in the House have signed a petition to dump her as the conference chair. Our contacts out West tell us she is politically dead in the water in her home state.

Similar things are happening to the other nine. And Republican senators and congressmen expressing conciliatory or otherwise friendly messages toward Biden’s inauguration are getting deluged with nasty reactions from their voters.

The only way to deflect that ugly mood is vigorous opposition, and it had better be effective or else the primary challenges will mount. What’s coming in 2022 will make the Tea Party in 2010 look extremely mild.

It’s clear Trump is willing to participate in that phenomenon to come, as he’s talking about starting a new political party. That’s an exceptionally stupid idea in practice, as it’s precisely how Bill Clinton was able to win the White House twice without ever getting to 50 percent of the popular vote. But as a whip to beat the GOP establishment it isn’t awful. Trump doesn’t have to have a third party when his allies are perfectly well poised to control the GOP.

And there is a mechanism to do just that, this year, and to post real, meaningful, critical achievements while doing it.

Two things important to the future of the country are going to happen this year, and both of them will happen in state legislatures, the vast majority of which around the country Republicans control.

The first is redistricting.

As Jeff Sadow noted this morning, migration patterns around the country greatly disfavor blue states. What happens as a result of that, inevitably, is when the Census spits out its decennial population numbers, blue states lose House seats and red states gain them. And every ten years state legislatures are charged with redrawing congressional districts accordingly.

Now is an excellent opportunity for Republicans in those statehouses to get very, very aggressive with redistricting plans. Given that Biden just reversed Trump’s decision to exclude illegal aliens from the Census count, which essentially stopped the bleeding of congressional seats in states like California for the sole purpose of saving Democrat House seats, there is absolutely no reason whatsoever for the GOP not to respond in kind by stuffing as many Democrats into as few House districts as possible. There could well be a dozen or more Democrat House districts wiped away in redistricting if Republican state legislators are willing to be aggressive enough, and that’s more than enough to virtually assure a GOP takeover of the House majority in the 2022 elections.

Look for the Biden Justice Department to file suits on every single redistricting plan which goes badly for the Democrats. But with Trump so successfully stocking the federal bench with judges, most of those plans will survive. There is zero downside to getting as aggressive as possible in redistricting.

And the second, which is already beginning as state legislatures open their legislative sessions and bills are filed, is elections reform.

Everybody knows that the elections process in America collapsed last year. Whether you believe all the stuff about Dominion Voting Systems machines and suspicious election software malfunctions, votes being manipulated and switched in places like Spain and Germany, Chinese and Iranian influence and all the rest, there is no doubt there were large-scale irregularities and a heavy diminution of public trust in the elections process has resulted.

So much so that it’s now the opinion of a large segment of the public that Republicans won’t ever win a major election again because the process has been rigged against them.

Well, that process is controlled by state legislatures, and Republicans dominate state legislatures. If you’re a GOP state senator, for example, and your constituents are telling you they think the country is finished because Joe Biden has gone and rigged elections Hugo Chavez-style, then you have an urgent, critical responsibility to push through some pretty serious reforms that assuage those concerns.

When voters show a pain point that’s clear and justified, politicians do tend to act on it. Especially when they get concerned that a third political party will arise if they don’t.

Lots of bills are already filed in legislatures around the country. The most important ones are some sort of enhanced voter ID, a dramatic rollback of mail-in voting, some sort of expansion in the use of blockchain technology to further secure vote-counting records, strengthened requirements of bipartisan scrutiny of the vote-counting process, and perhaps most importantly, reform of voter registration rolls. Not to mention requiring that every voting machine spit out a written ballot receipt. At a minimum every state’s voter rolls ought to be scrubbed against the national change-of-address database and coroner’s reports on deaths once a month; people who have died or moved away are the best sources of excess lines on the voter rolls that criminals looking to rig elections can use to insert fake votes into the system. When those lines don’t exist, there is less voter fraud.

There are other reforms possible, of course – among them is banning private-sector funding for public elections officials. Facebook CEO Mark Zuckerberg and his wife gave $400 million to a Chinese-tainted NGO last year which showered elections offices in majority-minority jurisdictions around the country with money for get-out-the-vote efforts, and the irregularities in Atlanta, Philadelphia, Milwaukee and Detroit were the result. That should never happen again; GOP-dominated state legislatures can insure that it doesn’t.

Reforming the elections process to reinsert some degree of integrity to it, and then conducting a very aggressive redistricting effort, are the two most important things the GOP can do at the state level to prepare for what could be a monster comeback in 2022.

Given that a first-term president’s midterm election is almost always a disaster, and given that Biden is assured of being a signally unsuccessful president buried under more (mostly self-inflicted) bad news than his legacy media allies can hide, the opportunity to run up a good score next year already exists.

But if Trump taught the Republican Party anything at all, it’s that when those opportunities arise they have to be capitalized upon. The days of passively watching the other side swing away at America with an ax are over; the voters demand more.

Getting smart about the process of American elections, which redistricting and elections reform amount to, is where the opportunity lies. Let’s go.