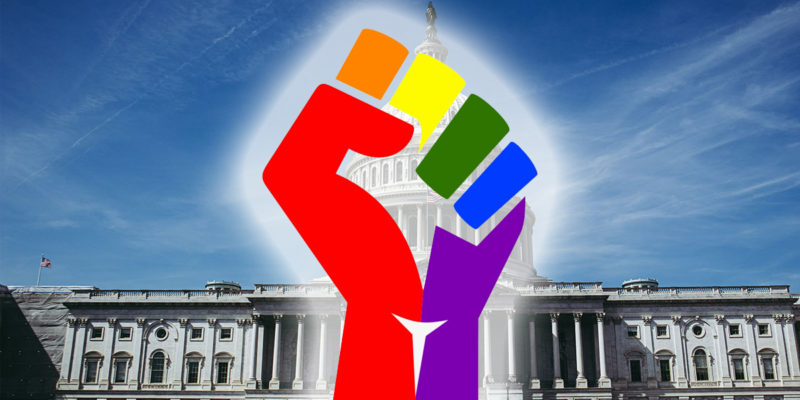 While many Americans are still struggling to overcome government-mandated reductions of personal and economic freedoms in response to coronavirus, Democrats in the U.S. House of Representatives are ramming through yet another massive federal overreach. This time it comes in the form of H.R. 5, the so-called “Equality Act.”

This radical gender-identity legislation would codify the extreme position that feelings define gender. It would make gender identity a protected class under the law and force businesses and individuals to comply regardless of their personal beliefs. This represents an attack on the individual and religious freedoms of every American citizen. Individual Americans have the right to every shade of ideological and moral perspective. However, Congress has no Constitutional right to force us to agree with extreme beliefs.

We all agree that people should be treated with respect. Our Constitution provides equal protection under the law for every American. It is not the role of Congress to define gender or legislate gender identity. H.R. 5 is an abuse of federal authority. That’s the objective. Control. Bit by bit… career politicians, socialist elites, intend to regulate all of America into compliance. Compliance with their narrow interpretations of what is right, what is just. Control. That’s their agenda.

If enacted, this bill would force private entities, including religious organizations, to act in direct contradiction to their personal beliefs. This legislation, for example, would mandate that churches show no preference with their hiring process regarding gender identity… even if a potential employee’s ideology violates church doctrine. That level of government interference should trouble every American. It represents a direct assault on religious liberty, one of the foundational principles of our nation.

The vague and fluid gender-identity protections in H.R. 5 would create legal nightmares. Any person could claim any gender at any given time. Think about that. At any moment, a man could decide he’s a woman. A woman could become a man. Not through years of medical procedure… just in their head. Back and forth, at a whim, at any time, gender determined by thought. And protected by federal law. It’s insane.

Such changes would have significant implications across every aspect of life, from bathroom use to athletic competitions to medical decision-making. There would significant opportunity to abuse this protected status for illicit activities. We would witness the erosion of women’s rights consequently. That includes the ability for biological males to compete in women’s sports or access women’s only spaces like restrooms and locker rooms.

This bill shows just how far left the Democratic Party has shifted. A radical redefinition of gender is not only being considered on the House floor but is expected to pass in a highly partisan manner. Over the last year, the DC establishment has proven that they want total power. They don’t just want to advance their radical views, but they intend to use the full weight of the federal government to force you to comply.

Some of us in Congress are pushing back. We stand against this assault on religious liberty and personal freedoms. We won’t bow down to this insanity. I will not kneel. We, the People, will not kneel. American values will prevail. God is watching.