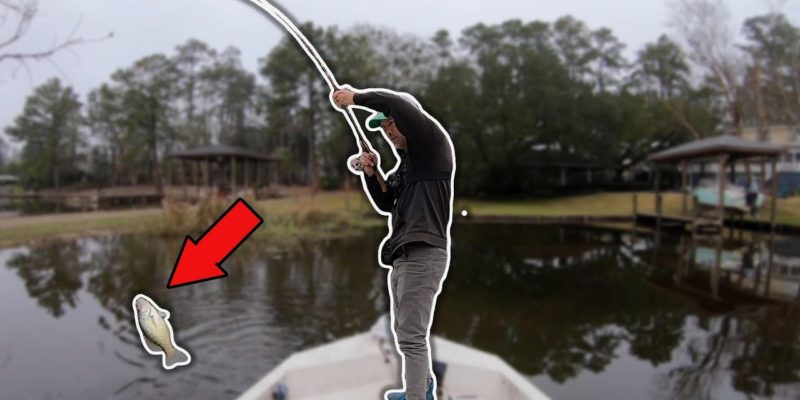 When the earth was bubbling up continents from the depth of the deep-blue sea, for some reason she decided to smile on the people who would eventually inhabit South Louisiana. The region features estuarial fishing that is the envy of the world — so good, in fact, that our limits are exponential factors higher than most other places, and many anglers regularly hit them.

But that doesn’t mean our coastal fishing is always lights out. There are certain months of the year when speckled trout, redfish, flounder, bass and the rest of the inhabitants of our marshes get scattered and surly, and February is one of them. You can certainly catch fish in the marshes this time of year, but few anglers, when asked to pick their favorite month for fishing there, would name February.

But, remember, the earth created a special place here, and right as the marsh fishing begins to trail off, the tastiest fish in North America decides it’s time to move shallow, in easy reach of anglers, and bite like mosquitoes on a muggy summer night.

This winter has been colder than most of its predecessors, but the calendar said the timing was right to target crappie, which we here in South Louisiana refer to as sac-a-lait or white perch. So I hitched up my boat and journeyed to the Tchefuncte River, just a few baseball throws from my house.

When I arrived, I noticed the water temperature was 11 degrees colder than the first day I caught the fish last year, so of course, I wondered if I was jumping the gun.

Check out the video to see how the day went.

Interested in more news from Louisiana? We've got you covered! See More Louisiana News
Previous Article SADOW: No, Rep. McFarland, You Haven’t Made The Case For A Gas Tax Hike
Next Article No, You Shouldn’t Wish Sickness On LaToya Cantrell, But…