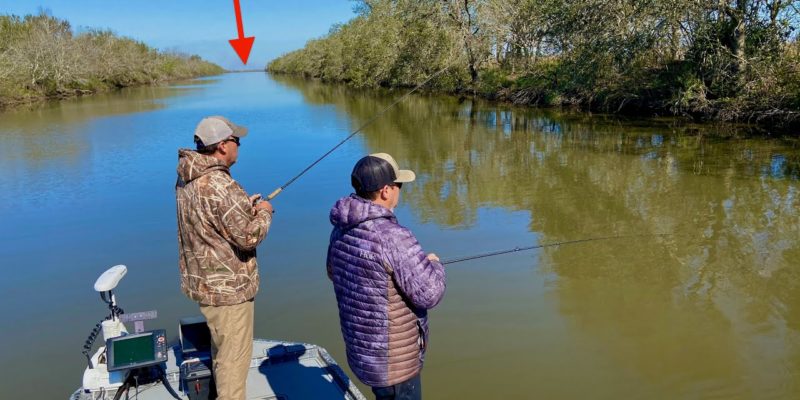 During the summer months, stained water can often be more productive for anglers because each one of the little, tiny, suspended grains of sediment provides shade that prevents the sun’s raise from penetrating throughout the water column, keeping it cooler than cleaner water in the same general area.

But that same effect can keep stained water from being as productive on cold winter days.

During this time of year, anglers often want to find the cleanest water they can because it is where fish will be most active.

Skip Rayborn, Kent Saxon and I took a tour around the marshes near Pointe a la Hache on Friday, and finally found the best water in the area. It’s probably not a coincidence that it was also the most productive.

The two Albany anglers have been lifelong buddies, and fish regularly out of Saxon’s camp in the Plaquemines Parish town. On recent trips, they’ve been catching some legitimate stud bass on Jackhammer Chatterbaits and Zoom Speed Craws.

But Friday’s conditions, though they were expected to be great, were anything but. Winds HOWLED out of the northeast, which prevented the water from falling and turned it as translucent as Quikrete. That kept water temperatures down, and made the fish uninterested in so much as a snack.

But we kept plugging as the the sun kept climbing, and finally we settled in a canal with the best water of the day and temps in the mid-50s. It was enough to inspire some really thick largemouths to sample our baits, turning a dud of a day into a really good one.

It proved yet again that if you keep pushing in Louisiana’s marshes, you’ll eventually find a good bite.