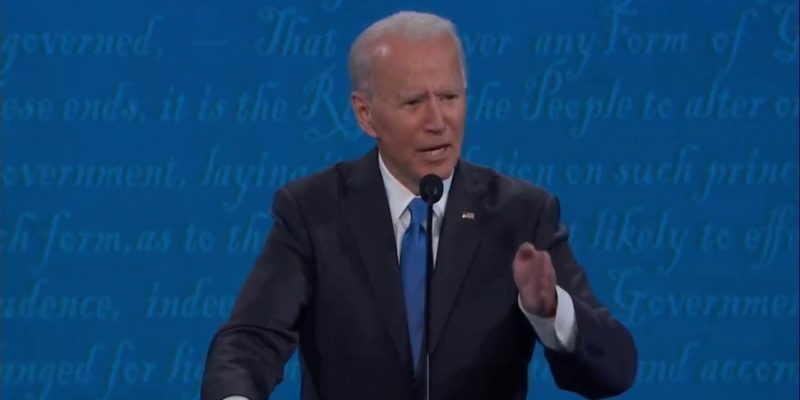 Last week the Biden Administration engaged in what can only be described as an all-out assault on the oil and gas industry. What we here at the Hayride described as a full-on earthquake and tsunami all rolled into one. So if you walked away from the barrage of bad news last week feeling a little exhausted, you are not alone.

The future is dim. We won’t sugar coat it, and well, we can’t say we didn’t warn you. We didn’t believe a lot of the malarkey Biden was feeding the American people on the campaign trail, but when he said he would “transition away from the oil industry” at the last presidential debate, we knew he had caught his second wind and come out of his basement daze.

Late last week Texas unleashed its defense when Governor Abbott directed every state agency to sue the federal government. Likewise, our very own U.S. Senators Cassidy and Kennedy, along with 24 other federal lawmakers, penned a letter to Biden requesting a meeting with Biden to address what can only be characterized as a gutting of the middle class. It’s yet to be seen what, if anything, will actually come from this request, but at least these lawmakers are attempting to do SOMETHING.

With the way this administration has behaved in its less than two weeks of existence, you have to wonder what the H-E-double hockey sticks do they think is going to happen in an oil and gas-less world?

Look, Joe, if you and your Climate Czar John Kerry want to do away with fossil fuels you should, at the very least, be willing to set out for us an example of what that sort of life will look like. Because can we remind you that John Kerry is not just flying around in a private jet, no, his ketchup heiress wife owns a charter jet company!

You can’t make this ‘ish up kids.

The liberal privilege in this administration is alive and well. “Rules for Thee but Not for Me.”

Well, our friends at Conservative Louisiana, a SuperPAC supporting Sen. John Kennedy, took note of this hypocrisy and answered the question with what they’re calling a #YouFirstBiden campaign. Check out the video they recently released. While it may not help the situation, it does at least bring attention to just how ludicrous these people are, and it’ll hopefully make you smile, because with the way things are going… those will be in short supply soon.