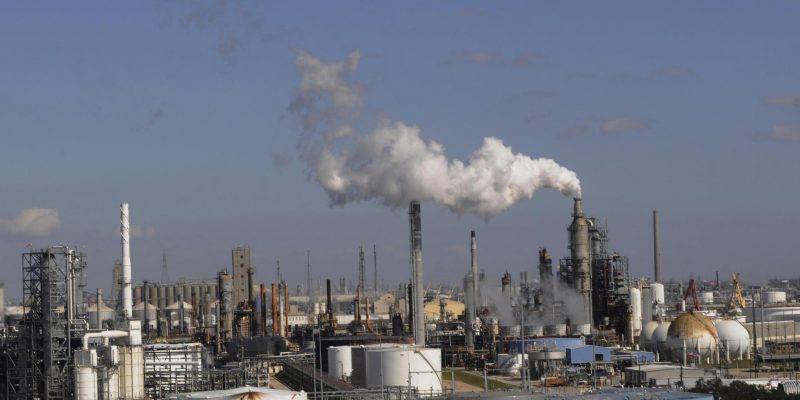 Joe Biden talks a big game when it comes to science.

Throughout the election, he never missed an opportunity to slam President Trump for supposedly disrespecting science. And since taking office, he’s gone out of his way to put science at the top of his talking points agenda.

During his first week in office, Biden announced a task force whose mission is to “restore scientific integrity across the federal government.”

He appointed a team of advisers that he claims will lead with “‘science and truth.” These folks will “restore [our] faith in America’s place in the frontier of science and discovery,” he claimed.

Working together with scientists, the Biden-Harris Administration will  “reestablish trust in the science” and “prioritize science over politics.”

It sounds kind of belligerent… and maybe he is, but obviously they are trying to make a point.

After years of bashing Trump on science, Biden and his friends in the mainstream media are trying to claim that they have the moral and intellectual high ground.

But we know better, don’t we.

Despite all his talk about not playing politics when it comes to science, President Biden continues to spread myths and outright falsehoods that are definitely not supported by science.

In a speech last week unveiling a series of executive orders, Biden referred to Louisiana’s industrial corridor as “Cancer Alley.”

This bogus label was originally made up by  environmental activists in the 1980’s to suggest that industrial activity along the Mississippi River corridor is directly linked to higher cancer rates in Louisiana.

The reaction to Biden’s blunder was swift and not subtle. 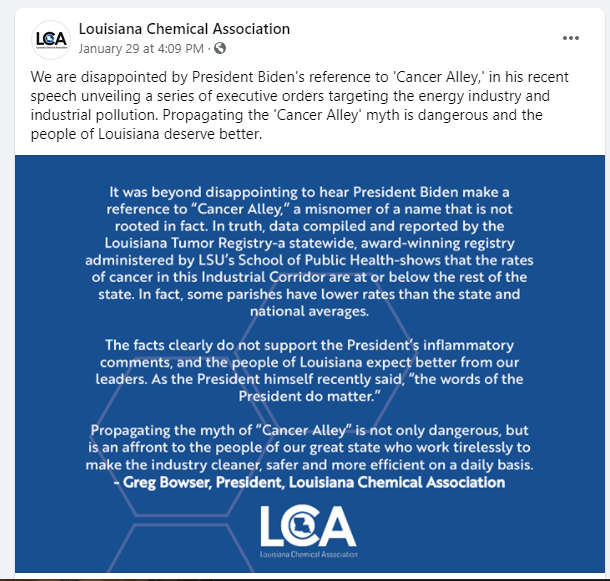 On Tuesday Sen. Bill Cassidy, a medical doctor, also ripped Biden for yapping about it.

Louisiana Senator Bill Cassidy seems to be a man of even temper. He also, at least to me, appears to be the kind of leader that is willing to hear another person’s point of view. That doesn’t mean he will agree with it, and apparently, if the remark that is made happens to be false or disparaging, especially about Louisiana, Mr. Cassidy becomes quite incensed.

President Joe Biden has not been on Cassidy’s good side since he was sworn in as President. Mr. Biden’s policy changes and cuts have deeply affected Louisiana’s oil and gas industry and to add insult to injury, the President recently made remarks that suggest Louisiana’s oil and gas industry are responsible for a so-called “Cancer Alley” fueled by industrial pollution.

Senator Cassidy, speaking with reporters on Tuesday called the remarks by the President “a slam on Louisiana”. Mr. Cassidy isn’t wrong. The context in which the President used the phrase was part of his discussion and explanation for the recent flurry of executive orders. Which to some seemed like an all-out assault on the lifeblood of Louisiana’s economy.

Senator Cassidy, who is a medical doctor, did acknowledge our state does have higher cancer rates than some other states. However, Cassidy did not blame those higher cancer instances on oil and gas. He suggested in his comments that the state’s health issues are more lifestyle-related. You know choices like smoking, eating way too much, and getting limited exercise.

We expect to hear more from other members of the Congressional Delegation soon. It is also worth noting that former Congressman Cedric Richmond, whose district included billions of dollars worth of petrochemical investment along the river between New Orleans and Baton Rouge, now has a front row seat inside the Oval Office as a senior advisor and director of the Office of Public Engagement to the president. Richmond knows, or else he damn well should know, first hand the positive impact the industry has had on Louisiana and the communities they support. The thousands of jobs and millions in sales and property tax revenue that flows to local law enforcement, police juries and schools along that NOLA-to-BR corridor the 2nd District contains. Doesn’t Richmond have the influence to help Biden discern between environmental rhetoric and economics 101?

Or is Biden Ron Burgundy, who just reads whatever crazy stuff the leftists loading his teleprompter put on that screen?

If so, maybe Richmond needs to police that teleprompter a little better. Getting the mythical term ‘cancer alley’ out of President Biden’s speeches should be priority number one, assuming Richmond wants to have some sort of political future back home.

Interested in more national news? We've got you covered! See More National News
Previous Article How Democrats Plan To Recruit For QAnon
Next Article VIDEO: Kennedy Has Very Little Use For John Kerry And His Private Plane