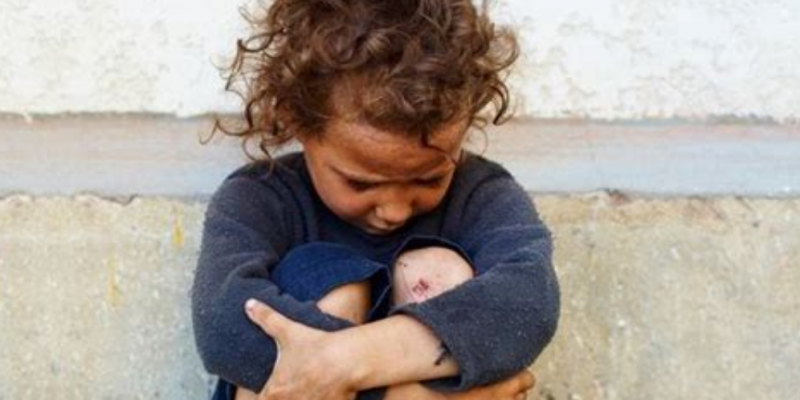 And the headline read, “Advocates say Biden’s child tax credits could lift thousands of Louisiana children out of poverty”

The writer then went on to regurgitate the same tired talking points that we have heard since first uttered by Lyndon Johnson more than 55 years ago. All we need to do is place more money into the hands of poor people and their lives will be great.

As usual the media was quick to take whatever the left-wing talking heads put out and to not dig a little deeper into the history of our social welfare programs. It is a history of decay and impoverishment driven by misguided Federal and state policies. It is a history of the destruction of human endeavor and self-worth.

Way back in 2012 the libertarian-leaning Cato Institute released a report on Johnson’s efforts that indicated that despite having spent by that time $15 trillion, the War on Poverty had achieved only neutral results. They estimated that spending in 2012 dollars was around $1 trillion a year, a number that surely by 2021 has swelled dramatically. And yet, as today’s liberal left is quick to point out, by their standards we still have too much poverty.

So, what happened? Well in 2013 The Brookings Institute put out a parallel study to the Cato study. Its findings were summarized as,

“The nation should face up to two facts: poverty rates are too high, especially among children, and spending money on government means-tested programs is at best a partial solution. To mount an effective war against poverty, we need changes in the personal decisions of more young Americans. Unless young people get more education, work more, and stop having babies outside marriage, government spending will be minimally effective in fighting poverty. On the other hand, providing government support to increase the incentives and payoff for low-income jobs and redesigning the nation’s welfare programs to encourage marriage hold great promise for at last achieving the poverty reduction envisioned by President Johnson.”

Simply put, just gushing out funds without doing what is necessary for corresponding societal changes is like trying to douse a fire with gasoline. We must expect to be forever linked to being “minimally effective in fighting poverty” until and unless we find a way to link funding for poverty programs to proven achievement in metrics such as reducing children in fatherless homes, unwed mothers, and personal responsibility.

The Biden plan fails miserably to achieve the principled underpinnings required to truly reduce structural poverty. It is just another quick fix that will allow politicians to claim sympathy and votes, even as it exacerbates ongoing decline in societal progress. Yes, for a short time the Biden handouts may lift some of Louisiana’s children out of poverty, but it will assuredly mean that politicians will kick the can down the road by not making the tough decisions to reverse those 55 years of bad decisions that have brought us here. My expectation, when the next Democrat wins the White House, their first effort will be to secure massive spending that will end poverty as we know it. Sound familiar?

My contention is that we as a society should first focus on the later group. Why are they poverty stricken? Are they under-educated, do they live in an area that provides no opportunities to make a decent wage, did they get pregnant at too early an age and have to take care of a child, do current anti-poverty programs incentivize them not to make changes? The reasons are many, but we stand a better chance of reducing the cycle of poverty if we focus our resources on those that in the first place can be helped.

New Orleans is a great example of my point. NOLA is a city that was once an economic superstar, creating loads of good paying jobs which multiplied wealth throughout the economy. But over the years it has fallen on bad times. The result is few opportunities for decent paying jobs, few corporations to work with charities, and a political class who protects itself by making promises to poor folks that it cannot keep.

As long as the City is focused on victimhood, identity politics, and the blame game the economy will not improve and the average low-income citizens of New Orleans has no chance to break out of poverty. But an intensive program to rebuild the economy would, over time, go far toward breaking the cycle of poverty. Instead of handing out politically favorable short term support money, the leaders of New Orleans should abandon the bad old ways and do whatever it takes to create a vibrant economy. Government largesse is fleeting and unpredictable. Worse, it provides no real prospects, only the hope that sometime decades in the future it may be repeated.

For instance, liberals in New Orleans say if we just provide childcare, then a poor woman can go get work. But as we know from the history of these programs when there is no work, there is NO income, so the childcare program does NO good!

We can never stop taking care of those that fall into my first group, those who through no fault of their own will never be able to get out of poverty. That is what our social safety net is there for, that is why we area generous people. But in the case of the second set of people, if we get over the idea that granting money will somehow change their lot, we may have a chance to actually change their lot.

My solution, we design programs to build families and not wreck them, we help people live in areas where jobs actually exist and train them for those jobs, we change our moral values so that the widespread acceptance of broken families, unwed mothers, and fatherless children becomes the exception and not the rule. A heavy lift, but we can start by accepting such societal changes, as necessary.

If we really want to diminish poverty, then we must ignore the wide-eyed dreamers and we must make the really hard decisions. Perhaps call it tough love, but there is a whole sea of people in poverty that need not be. We could fix that, but it will take a commitment from our entire society to develop a new set of principles that address the reasons for such poverty.

Biden’s giveaway will in the short term address our generous American nature, but in reality, it will only make things worse.

Interested in more national news? We've got you covered! See More National News
Previous Article SADOW: It Looks Like The BESE Race In Northwest Louisiana Is Going GOP
Next Article Mandie Landry Is Bringing The Pro-Hooker Bill In Next Month’s Session