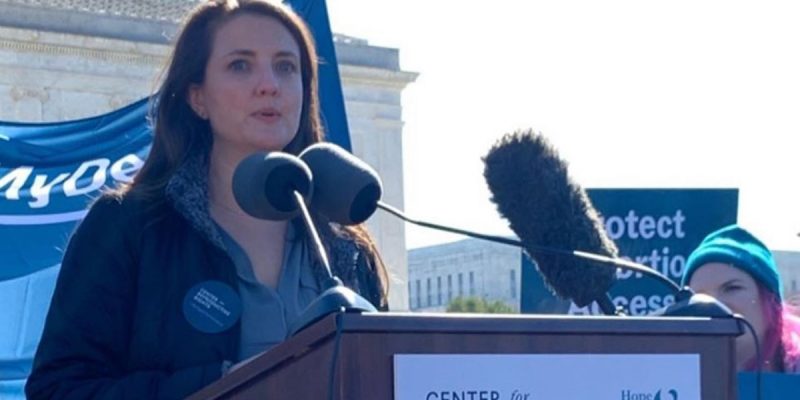 It needs to be a priority of Louisiana’s legislature, later this year when they call a special session to do redistricting, to make Rep. Mandie Landry go away. Her district can easily be redrawn to insure its state representative will be black rather than a Georgetown-indoctrinated white leftist of the AOC stripe, and Louisiana will be better off for the change.

That said, we would miss Mandie Landry if she were to go away, because without her who would we have to laugh at?

Put another way, who else will bring the bills creating the legalized prostitution industry in Louisiana?

Rep. Mandie Landry, D-New Orleans, wants to legalize prostitution. She’s filed a bill that would remove sex work from the state’s criminal code, arguing it would make the practice safer.

“Right now, people who are victims of trafficking or witness trafficking are afraid themselves to go to law enforcement because they might be arrested for it,” Landry said. “This would be a clear line between who is being trafficked and who is engaging in consensual sexual behavior.”

Landry contends legalizing prostitution would also promote safer sex, since protection is currently used as evidence for an illegal encounter.

“If that’s evidence of the crime, people who are engaging in the activity are less likely to use them,” she said. “That creates more of a public-health risk, especially for those who are most at-risk.”

She said some of her bill’s supporters don’t understand why sex work is mostly legal if it’s filmed. Most lawbooks consider pornographers performers, not sex workers.

The democrat also contends that prostitutes are simply trying to earn a living, and says the state should not concern itself with sex work as long as everyone involved is of-age and okay with what’s going on.

“If something happens between two people over 18 years old, why is the government involved?”

There is a libertarian impulse out there which says “why not?” when it comes to things like prostitution. The argument goes that it’s a victimless crime, so why bother trying to ban it?

And that argument isn’t totally wrong. We’re sympathetic to it, though we’re also not polite enough to patronize Mandie Landry by saying she “means well.” She doesn’t mean well; like every other Hard Left politico out there what Mandie Landry wants to do is to encourage people to behave in ways which detract from the moral fiber of the community and increase the likelihood and urgency of government dependency, and this bill isn’t about individual freedom at all but rather slavery.

It isn’t a coincidence that George Soros, the chief advocate of wrecking Western society, has poured millions of dollars into efforts at legalizing prostitution in America and elsewhere. John Adams’ famous quote about the U.S. Constitution being “made only for a moral and religious people” and being “wholly inadequate to the government of any other” has made a lot larger impact on the people intent on destroying the Constitution than those who support it.

People who can’t uphold standards of behavior commensurate with self-government are people who need more and more government in their lives. Go to poor neighborhoods overwhelmed with crime and drugs, and you’ll see that in technicolor. Those neighborhoods get that way because of the effects of bad behavior by people who live in them; eventually the folks who behave better get tired of the filth and misery around them and pick up and move away, and what’s left becomes more and more concentrated in its decline that eventually it’s all crackhouses and abandoned buildings. The commercial establishments, other than gas stations and liquor stores, were the first to go because legitimate commercial activity depends upon a certain standard of behavior being common to a community where that activity can take place.

And prostitution is always – always – a part of the mix when a neighborhood goes down the tubes.

Not to mention that Landry’s core formulation, namely that prostitutes are just regular blue-collar folks trying to make a living, is an abject lie.

There’s an excellent piece which ran in the UK Spectator back in 2017 by a journalist named Julie Bindel who completely exploded the “making a living” myth. Anybody not convinced of Landry’s bill being a terrible idea should read the whole thing, but here’s an excerpt…

For the last three years I’ve been investigating prostitution worldwide to test the conventional wisdom of it being a career choice, as valid as any other. I conducted 250 interviews in 40 countries, interviewed 50 survivors of the sex trade, and almost all of them told me the same story: don’t believe the ‘happy hooker’ myth you see on TV. In almost every case it’s actually slavery. The women who work as prostitutes are in hock and in trouble. They’re in need of rescue just as much as any of the more fashionable victims of modern slavery.

One of the most disturbing discoveries I made was that the loudest voices calling for legalisation and normalisation of prostitution are the people who profit from it: pimps, punters and brothel owners. They have succeeded in speaking for the women under their control. The people who know the real story about the sex trade have been gagged by a powerful lobby of deluded ‘liberal’ ideo-logues and sex-trade profiteers.

As Autumn Burris, a former prostitute from California, who escaped in the late 1990s, told me: ‘I had to tell myself lots of things, lots of lies, in order to keep my brain from splitting into a million pieces and me going crazy with the continual abuse that was happening over and over and over, and the violence that goes along with prostitution.’ Autumn now campaigns for an end to the sex trade, and she runs training courses for police officers and other professionals on the realities of prostitution.

A survivor of the sex trade in Germany, Huschke Mau, put it this way: ‘Every time I met a john I had to drink not just one glass of wine but a bottle. If you’re sober and not doing any drugs you cannot make a (date) with a john. Once I stopped drinking, I couldn’t do it any more.’

If battery hens were treated this way, there would be an outcry from the liberals who defend this gross trade.

If prostitution is tantamount to slavery, then why on earth do human rights campaigners and so many on the left support prostitution as a ‘job’ for women, and a ‘right’ of men? It all begins with the emergence of the campaign against HIV/Aids. It seemed, back then, to make sense to legalise brothels and pimping, and to create street-based ‘tolerance zones’ such as the one in Leeds. The ‘logic’ of this stance was that if you remove all criminal penalties, prostituted women will engage with support agencies, leading to 100 per cent condom use. This in turn will dramatically reduce HIV rates, argued the pro-legalisation lobby, and end the murder of women by pimps and punters.

This was the theory. But I visited a number of legal brothels in Nevada, Germany, Holland and Australia, and examined the claims made by the proponents of legalisation and what I found is that these arguments — the basis for our debate about prostitution today — simply don’t stand up.

Legalisation of prostitution in Germany, Holland and Australia has not led to a decrease in violence, HIV rates or in fewer women being murdered. I met a former ‘sex workers rights’ activist in Melbourne, Sabrinna Valisce, who, confronted with the reality of decriminalisation, had a dramatic change of heart. ‘I thought it would improve things if everything was legal and above board, but it just gave more power to the johns and the brothel-owners.’

Mandie Landry’s bill isn’t going anywhere. It won’t even get out of committee. It’ll make for a fun day at the legislature as some of the House members will get shamed by insinuation; high-priced call girls being shopped to state legislators is a tired cliche’ as or more appropriate to Louisiana as anywhere else. But then it will go away and we’ll ignore the subject until next year, or whenever she brings another pro-hooker measure.

Remember, the Marxist crowd gave up trying to convince people of the revolution of the proletariat when they lost the Cold War. Their battlefield is the culture now, and they’re 10 times more effective there than they ever were in the last century with gulags and Five-Year Plans.

And it doesn’t matter whether Mandie Landry is part of the vanguard or just another Useful Idiot. These things have to be called out. She’s trying to wreck our society, and that isn’t OK.