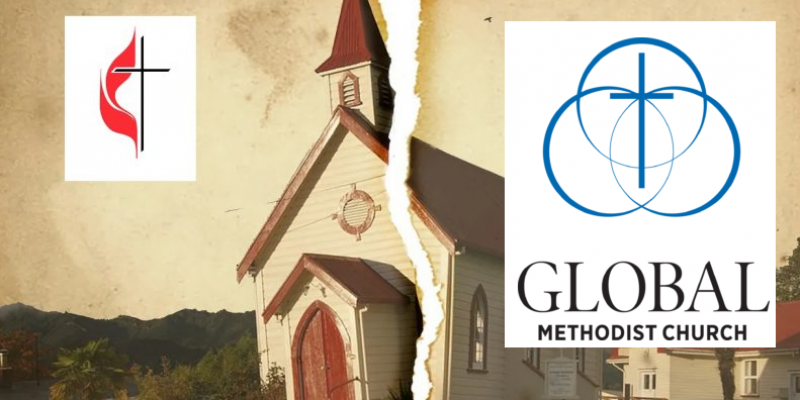 A long-anticipated conservative exodus from the United Methodist Church (UMC) was postponed last week, and some say indefinitely.

The stall appears to have inspired those in an association of breakaway-minded conservatives, traditionalists, and same-sex marriage opponents to accelerate their timetable for leaving. This morning, they announced a new denominational name and doubled down on intentions to leave the nation’s second-largest Protestant denomination — whether or not they have permission to do so.

Last week United Methodist bishops announced that due to the extension of COVID-19 restrictions in many areas, hosting a 2021 general conference to decide the fate of the denomination would be unfeasible. The announcement led to speculation among traditionalists that the postponement is a stall tactic to come up with a revised “protocol for separation” that would prevent offshoot denominations from forming.

But early this morning, the Wesleyan Covenant Association (WCA), a group of traditionalist United Methodists, announced not only would it continue its plans to separate regardless of what is decided, but they unveiled a working title for a new Methodist denomination.

From WCA’s press release this morning:

The Transitional Leadership Council, a 17 member team of theologically conservative Methodists, has released information on the Global Methodist Church. The council said the new church will officially come into existence when a United Methodist General Conference adopts the implementing legislation for the Protocol for Reconciliation and Grace through Separation. Alternatively, if it becomes apparent that the leading bishops, centrists, and progressives who covenanted to support the Protocol no longer do so, then the council will consider bringing the new church into existence without delay. Local United Methodist churches, annual conferences, and central conferences will then be able to join the new denomination.

The protocol allows dissident congregations and districts to keep their property and other assets so long as they join a qualifying “new Methodist denomination” such as the WCA or possibly a progressive-liberal alliance such as the Liberation Methodist Connexion.

This leaves the question of what will happen to departing United Methodist congregations and districts that decide to leave without permission.

Daniel Dalton, an attorney specializing in religious property disputes, has for many years called into question the UMC’s legal ability to rein in any group wishing to leave the denomination.

Dalton noted that even under the protocol, churches would still be on the hook for pension fund payments and all costs associated with legal documents related to the separation. He said he has been working with hundreds of UMC churches throughout the country to make a clean break without waiting for the protocol.

Plans to start a traditionalist denomination began when decisions over same-sex marriage and the ordination of homosexual clergy reached a fever pitch at recent general conferences. WCA leaders believe “global south” churches now affiliated with the UMC and those in the Philippines would join a new global Methodist church led by those who support traditional marriage and biblical sexual values. According to the new denomination’s website, a major African UMC figurehead from Ivory Coast is on board with the plan.

“Our current Book of Discipline was never written with a worldwide pandemic in mind.  When we became aware of the need for a further postponement, we knew that some action needed to be taken in order to free the church to operate and continue to fulfill its current mission until we could gather in person,” Bishop Cynthia Fierro Harvey said in a press release, noting that substantive issues related to separation should be reserved ton an in-person forum “where debate, amendment, and discernment could be conducted with integrity and full participation.”