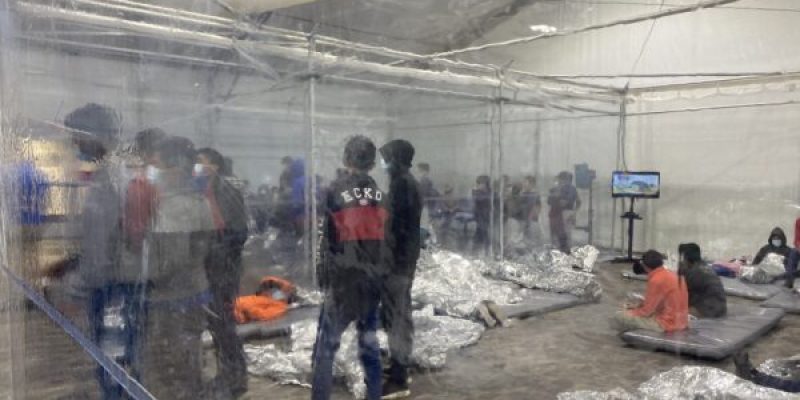 In addition to roughly 30,000 unaccompanied minors that have crossed the U.S.-Mexico border since the end of February, there are families who have also entered the U.S. illegally needing shelter. The Department of Homeland Security is entering into numerous contracts with local centers, such as the Kay Bailey Hutchison Center in Dallas, among others, and the latest is a San Antonio-based nonprofit, Endeavors.

Endeavors will receive $86.9 million in federal funding to provide 1,239 beds and other services to families, including comprehensive health assessments and COVID-19 testing. The nearly $87 million in taxpayer money will go toward providing “temporary shelter and processing services for families who have not been expelled and are therefore placed in immigration proceedings for their removal from the United States.”

According to Axios, some of the money also will be used to put families in hotels throughout Arizona and Texas.

According to a report by the U.S. Customs and Border Protection, the number of family units at the border more than doubled between January and February of this year after the Biden administration reversed Trump-era policies.

Texas Gov. Greg Abbott has directed the Texas National Guard, the Texas Rangers and state troopers to deal with the surge of illegal crossings at the Texas-Mexico border. He launched Operation Lone Star earlier this month to send law enforcement personnel and resources to high-threat areas along the border. He expanded the operation last week to include anti-human trafficking efforts.

Calling it a serious humanitarian crisis created by the Biden administration, Abbott says federal officials continue “to dodge questions” being asked by Texans.

“Is the federal government tracking what countries these children are coming from and what COVID-19 variants they might have been exposed to?” Abbott asked. “How long will these children be held in Texas?

“The Biden Administration’s refusal to secure our border, investigate the origins and potential trafficking of unaccompanied minors, and protect these vulnerable children will only worsen the situation and put innocent lives at risk.”

DHS is also using hotels as detention facilities. Last year, DHS placed more than 600 unaccompanied minors apprehended at the border in 25 hotels in three states before their expulsion.

The decision to use hotels to temporarily house unaccompanied minors was part of the former administration’s Title 42 policy, which aimed to limit the spread of the coronavirus in the U.S. Last September, however, a federal judge in Los Angeles ruled DHS could no longer place minors in hotels and that they must be transferred to “licensed facilities.”

The 9th Circuit Court of Appeals upheld the ruling, citing a 1997-era “Flores Agreement.” Since then, minors apprehended at the border are required to be transferred to a “licensed program” within three days, guaranteed access to attorneys, and must be released within 20 days to a sponsor in the community or an alternative-to-detention program. They will also receive Medicaid, SNAP and other federally funded benefits despite their non-citizenship status.