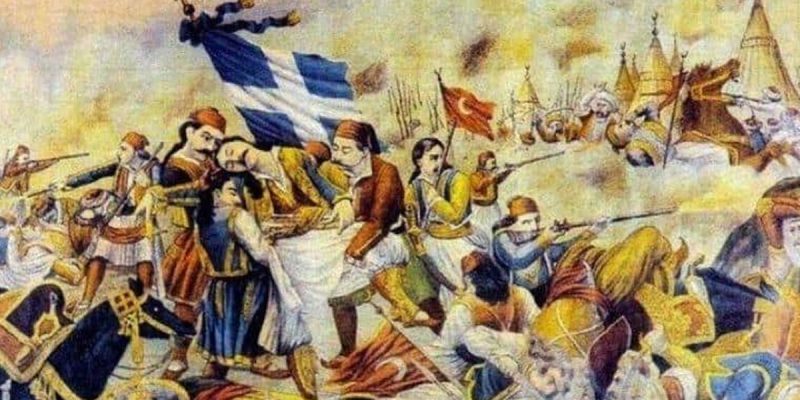 In a recent article at The Hayride, we were presented with two choices when it comes to Christianity and politics.  The first, from Erick Erickson, is that God will handle most everything; man’s involvement is minimal and inconsequential.  The second, from Scott McKay, is that God has nothing to do with politics; man’s involvement therefore must be deep, maximal, and highly consequential, and he need not bother about Christian ethics when moving within the boundaries of the realm of politics.

Both approaches suffer from an imbalance that is the result of a misunderstanding of the Incarnation of God the Word, Jesus Christ.  When the Son of God joined Himself forever to our human flesh, as the Church Fathers remind us often in their teachings, this union affected every aspect of human life.  The Lord came to heal and renew the whole man, not simply part of him.  If He had not accomplished that, our salvation would be incomplete and thus non-existent.  But He has accomplished the complete renewal of mankind, and this means that politics, too, has experienced a change since the Incarnation, just as eating, the family, and every other dimension of human life has been altered by it.

But God does not force Himself upon mankind.  His is always a synergistic work:  God and man working together to accomplish the building up of the Kingdom of God in this world.  The recent Feast of the Annunciation (25 March) is an excellent example of this.  In the reading for this Feast is the following passage:

. . . “the word of the creature brought the Creator down into the world.” [St Philaret] explains that salvation is not merely an act of God’s will, but also involves the Virgin’s free will. She could have refused, but she accepted God’s will and chose to cooperate without complaint or further questions.

Therefore, it is an error to simply shrug our shoulders and say ‘God’s got this,’ like Mr Erickson would have us do.  This minimalist approach would leave the Church extremely vulnerable to her enemies and allow the latter to push the broader culture even further in an un-Christian direction.

However, the same thing will happen if we take the path offered by Mr McKay.  Any people that exiles God from its decision-making ends up a nightmare-land, as France, Russia, Cambodia, and others attest – and to which, more and more, Louisiana and the rest of the States are likewise attesting.

But is it possible for Christians to act forcefully and meaningfully in politics without renouncing Christian morality?  Without a doubt it is.  This has been the experience of the Church for 2,000 years:  from England to Constantinople to Serbia, etc., etc.

Let us look at a couple of examples.  In England during the reign of King Oswald of Northumbria, we have this account from St Bede:

The place is shown to this day, and held in much veneration, where Oswald, being about to engage in this battle, erected the symbol of the Holy Cross, and knelt down and prayed to God that he would send help from Heaven to his worshippers in their sore need. Then, we are told, that the cross being made in haste, and the hole dug in which it was to be set up, the king himself, in the ardour of his faith, laid hold of it and held it upright with both his hands, till the earth was heaped up by the soldiers and it was fixed. Thereupon, uplifting his voice, he cried to his whole army, “Let us all kneel, and together beseech the true and living God Almighty in His mercy to defend us from the proud and cruel enemy; for He knows that we have undertaken a just war for the safety of our nation.” All did as he had commanded, and accordingly advancing towards the enemy with the first dawn of day, they obtained the victory, as their faith deserved (Ecclesiastical History of England1, Book III, Ch. II, p. 136).

War is the ultimate political act, involving as it does the possibility of death for those involved.  And what do we find?  King Oswald, who is numbered among the saints, thoroughly Christianizes it with the Cross and prayers.

That was in 634 A. D.  Much closer to our own time, in 1821, we find that similar events happened in Greece in her war for independence from the Ottoman Turks:

On the occasion of the feast of the Annunciation of the Most Holy Theotokos and the 200th anniversary of the Greek Revolution, which began on March 25, 1821, the Holy Synod of the Greek Orthodox Church issued an epistle to be read in church by all the hierarchs of the Church.

“Today is a day of remembrance, honor, and hope, in memory of the saints, New Martyrs, national martyrs, heroes, fighters, teachers of the nation, clergy and laity, men and women who gave everything for the homeland,” the epistle reads.

“We remember those who prepared the ground, those who preserved the faith, the language, and the national conscience, those who cultivated the fighting spirit, and those who kept the burning flame of hope.”

The hierarchs recall the words of St. Cosmas of Aetolia, who said that freedom would come as long as the people kept their Christian faith and Greek language and education. They also honor those who fell in the pre-revolutionary movements, and all those who “shed their blood in the battles, sieges, and naval battles of the Greek Revolution.”

“We hope and strive. We hope that everyone will remain free from all oppression and threats, relying on the holy faith of Christ and on democratic principles and values.”

The Synod calls on its flock to preserve what their ancestors fought for and walk with hope for the future, “bearing in mind that the future is what gives meaning to what preceded it—a future that reveals the presence of God in our lives.” Those who fought for freedom in 1821 would never have succeeded without faith in Christ, the hierarchs affirm.

It was specifically chosen to launch the Revolution on the feast of the Annunciation, the Synod recalls, in order “connect their struggle for the freedom of the homeland with the Orthodox faith and life, the face of the Panagia with their salvation.”

The Theotokos herself appeared in 1823, promising the Greeks that liberation would come, after which the icon of the Annunciation was miraculously found in Tinos.

Once again, in the ultimate political struggle, a war to the death, the Greek fighters suffused it with the Grace of God.

And why is it that the Confederate Army was so admired by men like Winston Churchill?  Because they waged total war like President Lincoln’s unhinged troopers?  Was it not rather that they too fought like Christian soldiers?

The choice between leaving all political action in God’s hands or conducting politics ourselves without any reference to God is a false one.  The Incarnation of Christ brought politics within the Church’s sphere of influence, along with every other human action.  The secularization at work in the West has led us down some bad roads, but it is certainly possible to reintroduce the traditions of manful Christian action in politics (in great things like war as well as run-of-the-mill things like legislation and elections) here in Louisiana and the other States.  It will probably not be easy, but to believe and act otherwise is an invitation for Christians to either engage in passive helplessness or to actively turn the world into a Mad Max/Thomas Hobbes dystopia.