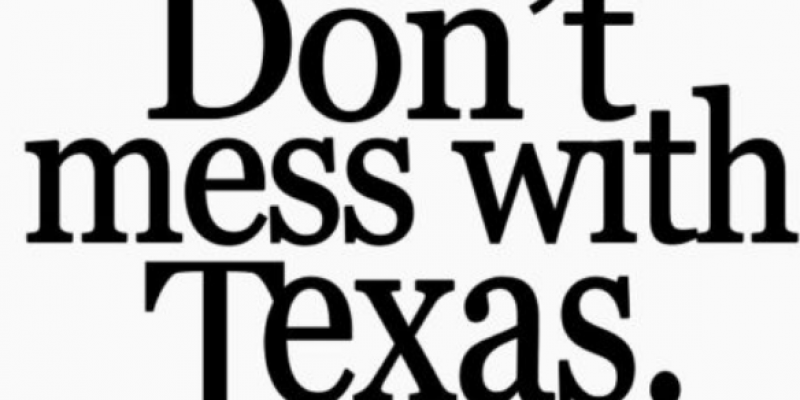 Texas Attorney General Ken Paxton, the Texas Public Policy Foundation and others have expressed opposition to HR1, the “For the People” Act, which was narrowly passed by House Democrats to alter federal and state election processes.

According to the language in the bill, “States and localities have eroded access to the right to vote through restrictions on the right to vote including excessively onerous voter identification requirements, burdensome voter registration procedures, voter purges, limited and unequal access to voting by mail, polling place closures, unequal distribution of election resources, and other impediments.”

Roughly 165 bills have been introduced in 43 states this year that “restrict voting,” the Brennan Center for Justice argues.

But Public Interest Legal Foundation President J. Christian Adams, who has sued over election integrity issues in several states, argues the bill “nullifies the constitutional bargain of 1787 that made the United States possible. The supporters of H.R. 1 are the new secessionists – the ones who aim to undo the foundations of the Union.

“States were given power to run their own elections for a reason,” he adds. “Decentralization of control over elections promotes individual liberty. No central authority can interfere and impose bad ideas and malevolent actions over states.”

“As a matter of election administration policy, it is difficult to imagine a legislative proposal more threatening to election integrity and voter confidence,” Paxton wrote in a letter with 19 state attorneys general expressing opposition to the bill.

HR 1 includes “several Constitutional deficiencies and alarming mandates that, if passed, would federalize state elections and impose burdensome costs and regulations on state and local officials,” they argue.

In a separate statement, Paxton said, “This Act fails to live up to its name. It does not empower the people; it places them and their local leaders directly under the thumb of the federal government. Our Founding Fathers intentionally excluded Congress and gave state legislatures the authority to run state elections. Instead, this Act flips the Constitutional script and empowers the federal government to act as the election regulator for states.

“The Act opens elections in every state to widespread fraud, mixed messaging, Constitutional violations, and shuttering of speech. Should it become law, I will use every possible resource to protect our elections, state sovereignty, and the rights of all Texans.”

Paxton also points to U.S. Supreme Court precedent. The court has ruled that the “federal government may neither issue directives requiring the States to address particular problems, nor command the State’s officers, or those of their political subdivisions, to administer or enforce a federal regulatory program,” he argues.

Sen. Ted Cruz says the bill is “terrible policy” and he would rename it “the universal fraud law.”

The Texas Public Policy Foundation argues the bill is unconstitutional and “would unconstitutionally federalize the election process in states, create illegal mandates related to the maintenance of voter rolls, hamstring a state’s ability to verify voter identity, and overturn the states’ 10th Amendment power to decide on eligibility and receipt deadlines for mail in ballots.

“Americans should be aware of this dangerous and irresponsible policy some members of Congress wish to impose upon the people,” TPPF Executive Director Kevin Roberts said in a statement. “It removes all accountability from our elected representatives in favor of unelected bureaucrats and muzzles free speech by limiting peaceful assembly, restricting contributions, and prohibiting anonymous political memberships. It is an all-out attack on democracy, federalism, and nearly every cornerstone of American liberty.”

At the state level, Republican Gov. Greg Abbott and Sen. Paul Bettencourt, among others, have announced as a legislative priority several bills to strengthen state election laws in Texas.