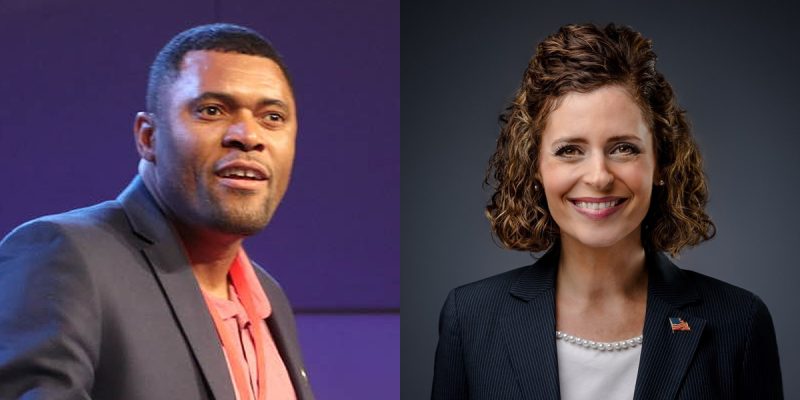 I am a frequent and vocal critic of the peculiarities of Louisiana’s Election Code. Open “jungle” primaries and our off-year election cycle are real problems which I believe need to be addressed. However, every now and then even I must admit that we are served up an interesting political dish worthy of our distinct culture. Such is the case this week. I am speaking, of course, of our upcoming election on March 20th.

Now what we have on the face of it is nothing more than a pair of special congressional races, along with a small number of state and local elections. Nothing much of note, you may say, especially as the entire nation is already exhausted and traumatized, mentally, morally, and financially. Louisiana’s March special elections attract but little attention and few voters in the best of circumstances, and as the pandemic wears on into its second year, we are most assuredly not in the best of circumstances.

In fact, it is vitally important that Louisianans of every political stripe vote for these two candidates, excepting those “woke” progressive left extremists who are beyond redemption anyway. So why are two off-year special congressional races so important? One need not search far to find the answers.

The U. S. House of Representatives presently consists of 220 Democrats to 211 Republicans, with four vacancies. One more Democrat is expected to resign shortly to join the Biden administration, so there will soon be five vacancies. To give Republicans control of the House, we only need 218 seats.

The wife of a Texas Republican who died of Coronavirus is running to take her husband’s place, and she is widely expected to win. Add in our two Louisiana Republicans, and the new numbers would be 219 Democrats to 214 Republicans, with 2 vacancies. That is tantalizingly close to a Republican majority, which would then be only four seats away. Even if we did not attain an outright majority in 2021, the numbers would be so close that Democrats could not afford to lose any support among their members.

Now to be sure, only the most naive voters could ever have believed for a moment that Biden’s “centrist” tilt in the months prior to the November election was authentic. While none should have been surprised by his post-election reversion to left-wing policies, few could have foreseen the totally partisan and ruthless full-on assault against our government and our values that is occurring now under his administration.  A Republican majority in the House would bring the Biden administration’s legislative agenda to an abrupt halt, an ending to be joyfully celebrated.

And how bad is the present situation? Witness the 1.9 trillion dollar COVID relief bill which just became law. While it has precious little to do with COVID relief, it will bail out a decade’s worth of blue states‘ fiscal mismanagement in the blink of an eye. Already on the way is the House passed  PRO Act’s assault on state right-to-work statutes and H. R. 1’s unconstitutional offensive against state election laws. Soon to follow will be the abolition of the filibuster, court-packing, mass releases of convicted felons, open borders, and much, much more.

The point to be made is that no congressional election can be taken for granted in this nightmarish political landscape, and one third of Louisiana’s electorate has an opportunity to make a decisive statement in this first election of 2021. That is not an opportunity to be wasted, and I urge every conservative and moderate voter, regardless of political affiliation, to vote on Saturday, March 20th. You can vote at your usual polling place from 7am to 8pm, and don’t forget to bring a picture ID to the polling place.

Please vote this Saturday, and remind your family and friends to do likewise. The survival of our Republic depends on it!

“America will never be destroyed from the outside. If we falter and lose our freedoms, it will be because we destroyed ourselves.”