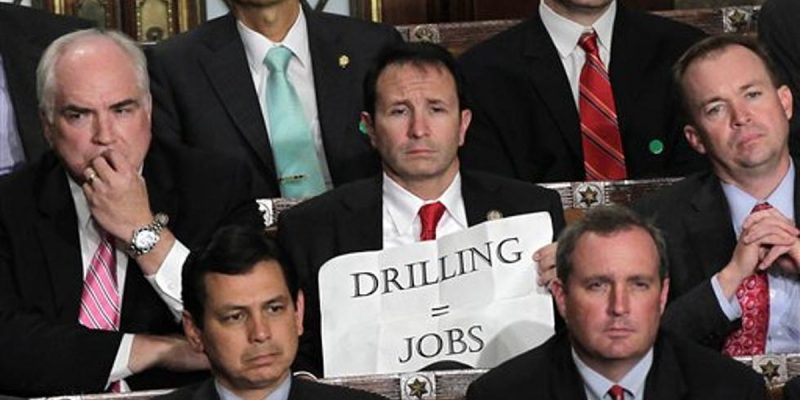 A couple of weeks ago, when Louisiana Attorney General Jeff Landry announced he was signing off on a settlement between several coastal parishes and the oil and gas company Freeport McMoRan, which extricated Freeport McMoRan from Louisiana more or less once and for all seeing as though it had moved its headquarters out of the state and no longer does business here, those industry players remaining in the state saw it as a betrayal of oil and gas and a very ill omen for its prospects of a future renaissance here.

Those sentiments might not be wrong, and from an objective view friendly to oil and gas it would be indeed sad that Landry would have made a political choice to make his peace with the uber-wealthy trial lawyer John Carmouche, a chief driver of the coastal lawsuits the oil and gas industry so laments here, at the industry’s expense.

Nonetheless, Landry had said all along that he’s not anti-oil. In fact, he has a long record of cheerleading the oil and gas industry – even going back to when he was in Congress and famously held up a “Drilling = Jobs” sign as a silent heckling of President Obama’s State of the Union speech during the latter’s offshore oil exploration moratorium. Last week, Landry joined Louisiana to a multi-state lawsuit over the Keystone XL pipeline.

And yesterday, Landry made his goodwill toward oil and gas evident by unleashing the power of his office against the Biden administration for its efforts to shut down domestic oil production. Louisiana is leading a multi-state lawsuit over what Landry is calling the “Biden Ban.”

Louisiana Attorney General Jeff Landry is leading a 13-state lawsuit against the Biden administration for what he calls “an attack on American energy independence, good-paying jobs, and affordable energy for all.”

The suit specifically seeks an order that the government go ahead with a sale of oil and gas leases in the Gulf of Mexico that had been scheduled for March 17 until it was canceled; and a lease sale that had been planned for this year in Alaska’s Cook Inlet.

And it calls for other suspended lease sales to go forward. Sales also have been postponed for federal lands in Wyoming, Utah, Colorado, Montana, Oklahoma, Nevada and New Mexico.

Biden and multiple federal agencies bypassed comment periods and other bureaucratic steps required before such delays can be undertaken, the states claim in the lawsuit, which was filed Wednesday in the federal court’s Western District of Louisiana.

And from Landry’s press release on the topic…

In January, President Biden solidified a moratorium on new development of oil and gas fields on federal lands. Executive Order 14008 halted all oil and gas leasing operations, days after the Biden Interior Department took similar steps against activities on existing leases. Together, these actions make-up the Biden Ban – an aggressive, reckless abuse of Presidential power that threatens American families’ livelihoods and our national interests.

“By executive fiat, Joe Biden and his administration have single-handedly driven the price of energy up – costing the American people where it hurts most, in their pocketbooks,” said Attorney General Landry. “Biden’s Executive Orders abandon middle-class jobs at a time when America needs them most and put our energy security in the hands of foreign countries, many of whom despise America’s greatness.”

The lawsuit states, “The Outer Continental Shelf Lands Act and Mineral Leasing Act set out specific statutory duties requiring executive agencies to further the expeditious and safe development of the abundant energy. In compliance with those statutes, the Department of the Interior has for decades issued leases for the development of oil and natural gas on public lands and offshore waters.”

“For decades, Congress has embraced responsible development of our natural resources as a means of achieving energy independence – a matter of national security,” continued Attorney General Landry. “They have discarded vulnerable dependence on foreign oil, which is why the court should reject the Biden Ban.”

It’s more a political stunt than a legal action, which is not intended as a criticism. The media has played down the deleterious effects of the “Biden Ban” on the price of gasoline, which has shot up since the attack on domestic energy production began on the President’s first day in office, so keeping all this in front of the public’s eyes is a service in and of itself.

Does it have a chance in court? Well, we’ll see. It’s being filed in the Western District of Louisiana, and assigned to its court in Monroe, and it’s going to be in front of Judge Terry Doughty, a Trump appointee who had been an elected state judge in the 5th JDC out of that city before his current post.

And we know the 5th Circuit Court of Appeals is likely to be friendly as well when the case gets there, as it will no matter what the outcome in Doughty’s court might be.

As a matter of law, perhaps the strongest argument Landry will have is that turning off offshore leases drains Louisiana of revenue the state is supposed to receive, and there are some in-the-weeds provisions of the OCSLA (Outer Continental Shelf Lands Act) and MLA (Mineral Lands Act) the Biden Ban apparently violates.

All of which is fine, but it’s really more of an excuse to throw bombs at Biden and the faceless left-wing hacks who control him. Get the suit in front of friendly judges with just enough legal cover over it to make favorable rulings plausible, and now you’ve created a massive political mess for the President which gains him continuous bad publicity and turns the whole thing septic from a public-relations perspective.

And the longer this goes on the better, because given the economic damage the Biden Ban does and the extreme unlikelihood of these people backing off from their insane plans without being forced to by the judiciary or the American people voting them out of power, the more political damage that can be inflicted on Biden and the cabal of handlers really running the country in retaliation, the better.

Landry understands this, and he’s willing to use the power of his office to further that aim. The oil and gas industry, for whatever dissatisfaction they might have over the Freeport McMoRan settlement, ought to appreciate his fighting spirit.