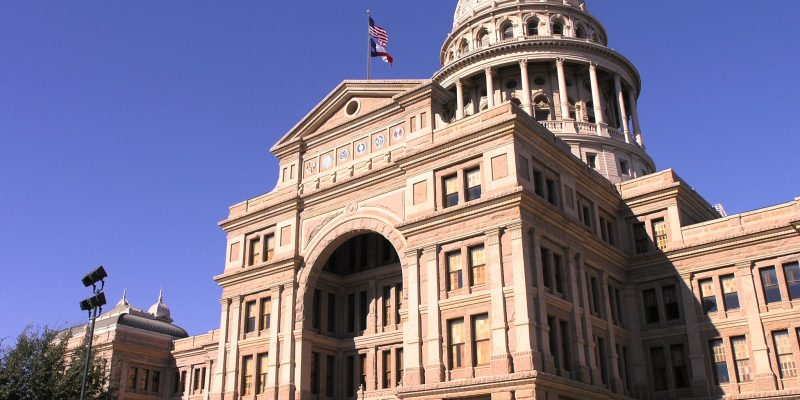 The House Committee on Homeland Security and Public Safety on Thursday is slated to hear several bills that would allow U.S. citizens living in Texas to carry firearms without permits.

The Republican Party of Texas has prioritized constitutional carry for over a decade and has criticized Republican leaders in the legislature for not implementing it, especially since all three branches of state government are controlled by Republicans.

In 2019, a constitutional carry bill was squashed by Bonnen, who sent the measure to a committee led by a Democrat. Rep. Poncho Nevarez, D-Eagle Pass, never allowed the bill to have a hearing. Bonnen referred to supporters of the bill as “fringe gun activists.” A constitutional carry bill was never filed in the Texas Senate in 2019, a chamber led by Lt. Gov. Dan Patrick, a Republican.

“Our Constitution was written to ensure certain rights of all citizens,” Biedermann said. “Everyone has the right to life and to protect that life from harm. No one should have to pay a fee or get permission from the government before being able to do so legally.”

Also on Thursday, Texans will have the opportunity to speak at a House State Affairs Committee hearing on a bill that would ban taxpayer-funded lobbying.

“Up to $41 million per year has been spent on taxpayer-funded lobbying, even though 91 percent of all Texans oppose the practice. It’s time to defund this bureaucracy,” Rep. Mayes Middleton, R-Wallisville, who filed HB 749, said.

A companion bill in the state Senate, SB 234, filed by Sen. Bob Hall, R–Edgewood, was referred to the State Affairs Committee on March 3 but has not yet been scheduled for a hearing. Sen. Paul Bettencourt, R-Houston, also filed a similar bill, SB 10.

Last session, a bill that would have banned the practice passed in the Senate but not in the House.

According to a 2019 Texas Public Policy Foundation poll, 88% of Texans oppose taxpayer-funded lobbying. In the March 2020 primary election, nearly 95 percent of Republican primary voters said they supported a proposition that would ban the practice statewide.

“Government – especially local governments in Texas – has no business handing millions of taxpayer dollars over to lobbyists,” Chuck DeVore, vice president of national initiatives at TPPF, said. “Those are critical funds that should be used for education, public safety, property tax relief or other priorities that benefit taxpayers directly. It is time to end taxpayer-funded lobbying in Texas to ensure taxpayers are not footing the bill for special interests in Austin.”

Interested in more news from Texas? We've got you covered! See More Texas News
Previous Article Agricultural commissioner, doctor sue Lt. Gov. Patrick, others over Texas Senate access limitations
Next Article Jeff Landry Is Standing Up For Oil And Gas After All