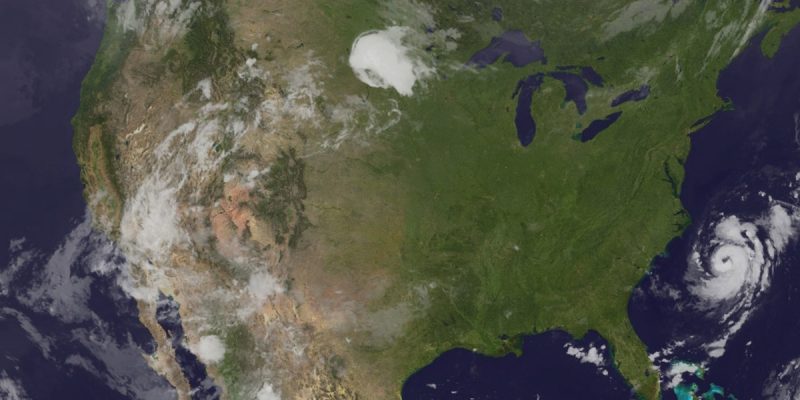 Before the next election, ponder this. Look at this picture of the United States from space. What do you see? Look closer. See it? Well, I will tell you: lying between sea and shining sea, ripe for the picking and conversion into on Communist state, where there are no state borders, no state governments, no Ninth or Tenth Amendments, and of course, no Congress as originally conceived by the 18th-Century Constitution is the former unification of states, once known as the United States of America.

No. It’s happening, as I write this and it the process seems to be accelerating before 2022. That’s their plan.

What do I mean?

First, the last election saw a complete destruction of the states’ rights to control presidential and congressional elections. Even the august United States Supreme Court refused to acknowledge the plain unassailable language of the Constitution, and the nine justices demurred, allowing a rapacious, Democrat-controlled Congress to institute its plan, designed by others, to dissolve the United States, as we know it.

Next, came HR1, which is the Democrats’ Communist Manifesto designed to fit the United States and destroy it. The Bill completely destroys any semblance of Federalism, as contemplated by the Tenth Amendment. In short, HR1 is a roiling potion for all Americans to swallow, if they want to live in “America.” Elections, as we have known them, will be forever changed and controlled by  a centralized government, which will, of course, dictate the results before election day. Sound familiar?

After they control the faux election process, they will destroy your right to free speech, assembly and worship while denying you the insulation of living in a state which values these things. It’s happening right now, and most of you don’t realize it. But you will. The so-called “Cancel Culture” has one design: to prevent the free exchange of ideas.

We commonly refer to it as our First Amendment right o Free Speech, but a concomitant aspect the freedom to speak is the freedom to hear another’s thoughts. That’s antithetical to the leftist plan for the United States. How can they control the population if they can’t control speech, thought and the consumption thereof? Hence, the First Amendment has to go.

Do you love the Second Amendment? Do you understand why it is in the Constitution? No, it’s not a hunting permit. It’s our right to protect ourselves from what the government is doing to us now–eroding our freedoms. The only thing that keeps our government from overtaking us, is the Second Amendment. They are coming after our speech and thoughts and next, our right to defend ourselves. In essence, the Second Amendment protects the entire Constitution. Lamentably, we have witnessed the Supreme Court’s abdication of that role. Gun control is just another method or controlling the people and to force us into complete submission by a centralized state—no states–no borders.

Still not convinced?? Look to our Southern Border. Where does Texas begin or end? Can you tell me? The Rio Grande River? Ha!! El Paso? Just pass on through.

Texas’ border with Mexico has been erased by the Biden Administration’s plan on immigration. Today, the United States is allowing its southern border to be invaded and penetrated by thousands of unskilled, uneducated and in some cases, diseased people–on foot and wearing team-Biden jerseys. Ask yourself the question: if Texas has no border with Mexico, why should it have a border with any other state? Borders are just imaginary lines. Do you see any from space? No.

Next on their agenda is statehood for DC and PR. Once they seal the “votes” from those states, they can dissolve all states and supplant and replace them with a solitary centralized state, governed by the caprice and will of a new politburo, which will replace the Congress. Why? Since there are no states, why need a representative form of government and all other rights afforded you by the 18th-Century Constitution, which your children will never learn about, because the centralized government already controls what they can learn.

Interested in more news from Texas? We've got you covered! See More Texas News
Previous Article SADOW: Louisiana’s GOP Leges Have Got To Stand Up To Edwards
Next Article Seuss Cancellation Does Annoy; Could Also Be Marketing Ploy