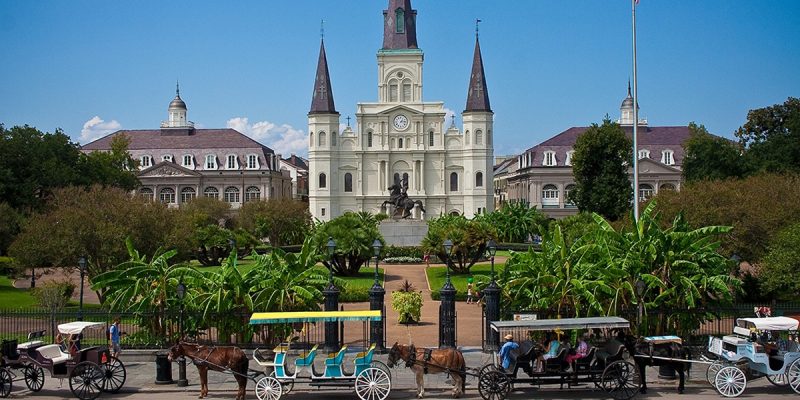 Louisiana Democrat Gov. John Bel Edwards isn’t content with only acting as the state’s top elected official. He also aims to be its Catholic spiritual adviser, even if he has to put his fellow Catholics in a bind on the matter of licit vaccine use.

The same week Edwards announced that the state would receive the newest federal government-approved Wuhan coronavirus vaccine, a one-shot variety from Johnson & Johnson, and that the state would distribute free doses of it over the weekend, among other dioceses across America the Archdiocese of New Orleans, through Archbishop Gregory Aymond, declared this vaccine “morally compromised.” Aymond and others declared it as such because its development relied upon cell lines collected from aborted fetuses several decades ago.

Ongoing debate within the Church’s hierarchy and its commentators explores whether it crossed an ethical line to use such material derived from those cells, but the relevant Church institutions in this case, the U.S. Conference of Catholic Bishops and the Vatican’s Congregation for the Doctrine of the Faith, have declared that such vaccines illicit unless they are the only reasonable option in an environment where acquiring or transmitting the virus poses a real threat to the lives of others. Falling into this category are several being used throughout the world although just this one of the three authorized in the U.S. (all of which were tested on the same cell line) was derived that way.

While some media have tried to wedge distinctions between the Vatican, USCCB, and the dioceses, implying an order of least to most restrictiveness – although in matters of doctrine, in his diocese a bishops has the final authority on church teaching within the broad parameters established from Vatican City – there aren’t any. USCCB guidance comes from its 2015 update to 2007 guidelines, and urges manufacturers “to make alternative vaccines more widely available so that Catholics and others will not face this moral dilemma.” In cases where no alternative is currently available, if not to do so poses grave health risks Catholics may licitly accept vaccination for themselves or may refuse the vaccine “if it can be done without causing … the population as a whole, to undergo significant risks to their health.”

The Vatican statement, restated in terms of the current pandemic at the end of last year, derives from the same 2005 formulation and its successors on which U.S. bishops relied, and declares that “all vaccinations recognized as clinically safe and effective can be used in good conscience,” because the passive cooperation with the evil of abortion is outweighed by the presumed severity of the pandemic. But the statement also affirms that this is a matter of conscience, which then compels the individual to seek other means by which to combat the spread of the virus and may include taking an ordinarily licit vaccine and/or use other non-medical interventions to stop it, and that is in effect only “when ethically irreproachable Covid-19 vaccines are not available.”

All of the above have conveyed a consistent message. In short, as a Catholic, if you believe your everyday actions could endanger lives through virus spread, and you cannot induce enough non-medical interventions to reduce that to a degree which you think sufficient, and if you don’t have access to a vaccine that is unambiguously licit, then by your complicitly in taking that vaccination your contribution to the occasion of sin is so remote that potential benefits to yourself and others more than compensate. To extend that into the world of governance, as a Catholic policy-maker your duty is to reduce as much as possible the moral dilemma and danger within which you place the citizenry.

Which is where Edwards has failed. When asked about the Archdiocese’s announcement, he brushed off any moral obligation by asserting, “I don’t read his statement as completely telling people who are Catholic or otherwise not to avail themselves of the Johnson & Johnson vaccine,” and added that his bishop, Michael Duca, of Baton Rouge had said the same thing. Regardless, Edwards proceeded to misrepresent Duca’s words by alleging disagreement between Aymond and Duca, but, more importantly, on this issue he has dodged his responsibility as a Catholic to reduce the danger of moral compromise to the citizenry as much as he can, both in deed and in word.

For example, the mass drive-in vaccinations of the weekend featured only the Johnson & Johnson variety. With access to all three, surely it would not have been difficult to send some of the other two – which require two shots – to the locations, and plan for another mass event in four weeks. Most people will accept the one-shot variety, now and in four weeks, so it wouldn’t be that disruptive to have small batches of the alternatives set aside, contrary to Edwards’ claims.

And his implicit message that Catholics should brush off any moral doubts about the single shot approach he allows his mandarins to amplify. The woke Department of Health Assistant Secretary overseeing the pandemic response, Joe Kanter, kept playing down the moral dilemma in public remarks and urging the public to take the shot, no questions asked.

To a lesser degree than the Catholic-in-name-only Democrat Pres. Joe Biden, Edwards has fronted his Catholic faith as a demonstration of socially conservative issue preferences, despite at times speaking and acting counter to it both in comments and actions early in his political career and even as governor. On this matter, because of his important policy-making role, he needs to go beyond mere burnishing of an image and actually walk the walk that his faith demands.

Interested in more news from Louisiana? We've got you covered! See More Louisiana News
Previous Article SADOW: Bossier City Is Governed By A Bunch Of RINO Con Men
Next Article We’re The Worst State In The Country, Again