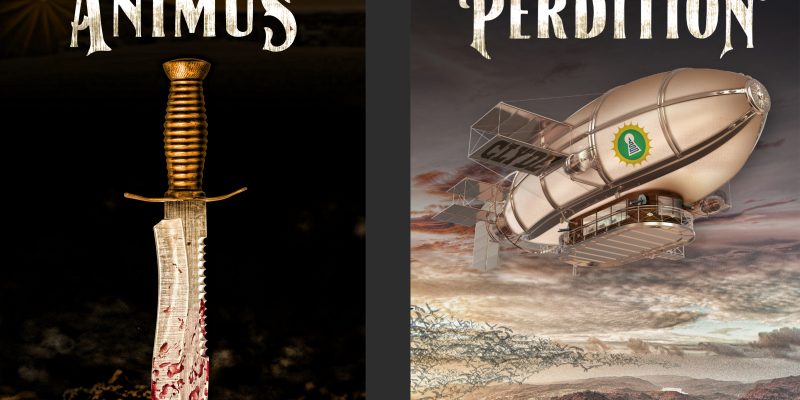 …we can definitely say that after last week, because our cover artist David Caruso submitted the covers of the two books for an Addy award and proceeded to win.

We took home a Gold Addy award for our Tales of Ardenia book series design!

The part about this which makes it so exciting is that Caruso is now working on the cover for the third novel Retribution, which we’re shooting for having available for purchase on or just after Easter, and based on the idea and the conversations we’ve had, it’s going to be the bomb.

Literally. Or close to it.

We haven’t done a promo post for the novels in a while, so those of you who are newer Hayride readers ought to know what this is – I’ve written a pair of books, Animus and Perdition, which are in a series called Tales of Ardenia. They’re about a world not terribly unlike our own but not the same either, in which there is a continent on which are two large countries, Ardenia and Uris Udar, which have been at war more or less continuously for 1700 years.

The Ardenians, who are something like a Gilded Age United States or Victorian-era Great Britain – their society is characterized by a lot of steam engines and other early Industrial Age technology – largely take for granted that the Udar, their southern neighbors whom they throttled in a sizable war some 25 years in the past, will never bother them again. The Udar are a radical-egalitarian primitive, barbarian nation whose societal bad habits are legion; they live off piracy, slavery and religious fanaticism, but they’ve spent a generation not just licking their wounds but preparing for what they believe will be a war they’re predestined to win.

And when that war comes, the Ardenians aren’t ready. Things go badly, despite the technological advantage Ardenia boasts over the Udar. Barbarism wins, at least in the early stages.

And Animus and Perdition are the story of civilization as it fights to survive against the odds.

We get almost nothing but five-star reviews on Amazon for these books. The readers really seem to like them. Retribution is almost assuredly going to be received as well or better than the first two. 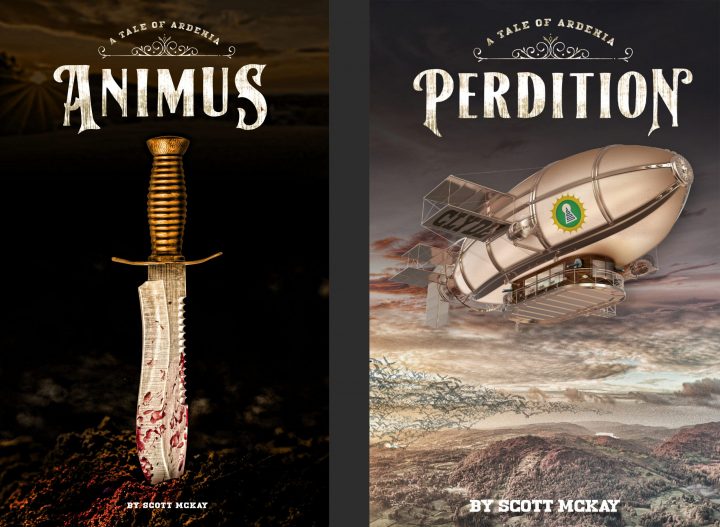