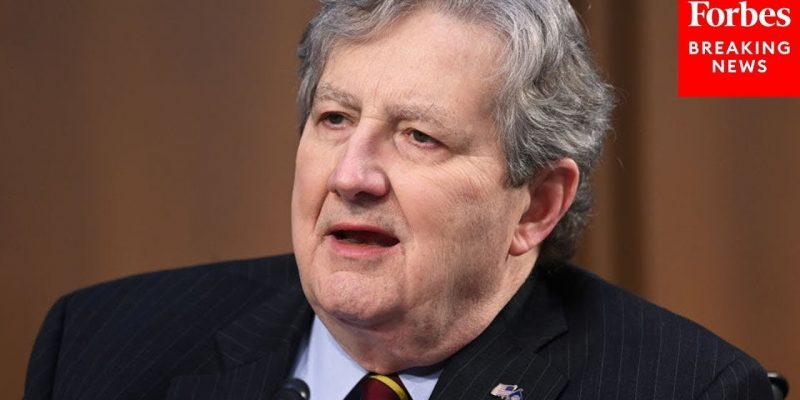 …singing Born Free, Senator Kennedy, is not going to get you there.

The novelty of this is appreciated, but the results will be meager.

Look, overcoming reticence to vaccination, something Kennedy has been drafted to do because a considerably larger segment of the population who votes Republican is refusing to get the shot than of those who vote Democrat, is really not all that hard.

We talked about how this could best be done in Louisiana. Naturally, nobody listened, but it’s obvious and requires merely a strong dose of common sense.

If you want people to take the vaccine for COVID-19, then simply remove all the COVID restrictions and declare Louisiana, or America, wide open for business. No more shutdowns, no more mask mandates, no more bloviating and scornful Karenism.

You go back to normal. Right now. Damn the torpedoes, full speed ahead.

And then you offer the vaccine for free to anybody who’ll take it, and you suggest that if COVID-19 keeps folks up at night, the vaccine is a way to get past it.

In short, you treat this virus and this vaccine exactly like you’ve treated vaccines for the flu every year in recent memory.

That actually works pretty well. Influenza is no joke. It kills lots of people each year. But nowhere near as many as it would without the fact that millions of Americans get a flu shot every season. The flu vaccine works.

Why does it work? Because lots of people, about two in five Americans, know that without being vaccinated, it’s pretty likely that they might catch the flu. And they don’t want the flu, so they get vaccinated every year.

Nobody shuts down the country because it’s flu season. That hasn’t happened for a century. And we’ve been just fine.

But COVID comes along and the bumbling buffoons in charge of public health in this country have done everything they could to panic Americans over a virus which overwhelmingly kills people who are at life expectancy.

Senior citizens and people who are part of other risk groups are the ones who need the vaccine. They’ll be far more motivated to take it if they know everybody else will be out living their lives.

As for the folks not in high risk groups, maybe they’ll take the vaccine and maybe they won’t. You couldn’t possibly have done more to panic them about COVID; at this point the lockdowns and the nanny-state hyperventilation are causing more ill effects on things like mental health, social relations and other medical conditions than they’ve ever done good against COVID. If they aren’t going to take the vaccine by now, they aren’t going to take it and you should respect their decisions.

Now, Kennedy is a senator, not a governor and not the President. But what Kennedy ought to do, what we advise him to do, is to bring a bill in the Senate which mandates the reopening of the country in every respect where the federal government is involved. Some states will stay locked down; Kennedy’s bill ought to strip federal funding if they choose that path.

Will that pass? Probably not. But it’s worth doing in order to raise the issue and get people talking about getting back to normal. If folks believe that’s a possibility or a likelihood, they might well decide it’s time to take the vaccine.

And Kennedy, who has been vaccinated, absolutely ought to refuse to wear a mask ever again. He should take a page from Ted Cruz’ book and state that the entire point of getting that shot was that he didn’t have to put on the stupid mouth-diaper anymore.

If people see taking the vaccine as a way to escape the mask mandate, which by the way has no measurable effect on slowing the spread of COVID-19, they might be more likely to get vaccinated.

Sen. Kennedy, you’re by your own admission not much of a singer. So don’t sing. Legislate. And use the common sense you’re so famous for. Get out and lead on the issue of reopening the country and getting it back to normal, before the cultural effects of COVID hysteria sink in so deeply that they make us less of a country. You’re the perfect guy to do this, given that you’ve carefully crafted the image as the Senator who tells it like it is.