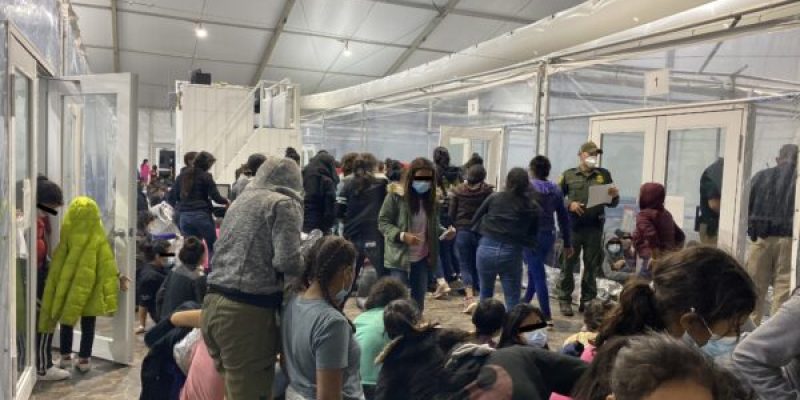 Gov. Greg Abbott held a short press conference Wednesday night outside of the Freeman Coliseum in San Antonio to discuss allegations about the abuse of migrant minors occurring at a federally run detention center.

Two separate state agencies received reports of child abuse and neglect occurring at the Freeman Coliseum, problems Abbott says “are a byproduct of [President Joe] Biden’s open border policies and lack of planning and fallout from those disastrous policies.”

He said his administration uncovered four problems related to the housing of these children in San Antonio. They are being sexually assaulted, there are not enough staff to supervise them, some are not eating throughout the day, and those who have tested positive for the coronavirus are not being physically separated from others.

“In short,” Abbott added, the situation is a “health and safety nightmare.”

In response, he directed the Texas Rangers to lead an investigation into the allegations, which will be led by Ranger Richard Henderson.

“President Biden caused this crisis and has repeatedly failed to address it,” Abbott said. “He opened the borders,” failed to plan how to receive the flood of people and now faces “allegations of despicable abuse and neglect,” Abbott said. “The Biden administration is presiding over the abuse of children.”

Abbott called on the Biden administration to shut down the San Antonio facility immediately. He also said the children need to be moved somewhere else.

Last month, Biden tasked Vice President Kamala Harris with managing the border crisis. Harris has faced criticism for not yet visiting the border to see firsthand the condition of the children.

Those who made the allegations remain anonymous, Abbott said in response to a reporter’s question, and more than one person who has been inside the facility filed a complaint, he said.

The news conference was held after more than 700 unaccompanied minors were apprehended at the Texas border Tuesday.

Nearly 20,000 unaccompanied children have crossed the border since January. Thousands of children have already been sent to locations throughout Texas, Abbott said, and the number of children being held in these locations far exceeds that which is allowed by law, he added.