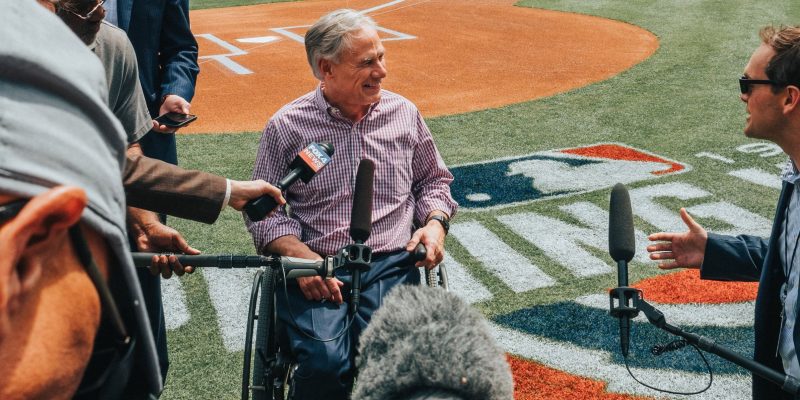 While many readers of The Hayride were already boycotting “BLM baseball” since last season, those looking forward to a fresh start this year were greeted with even more politicking in the name of America’s pastime.

Texas is poised to pass a similar law protecting elections, and Texas Gov. Greg Abbott positioned himself in front of the developing situation with a letter today, in which he said he will no longer throw the first pitch of the Texas Rangers baseball team’s season opener.

In the letter, while Abbott indicated his respect for the Rangers organization, he said “Major League Baseball adopted what has turned out to be a false narrative about the election law reforms in Georgia, and, based on that false narrative” moved the games from Georgia.

“It is shameful that America’s pastime is not only being influenced by partisan political politics [sic], but also perpetuating false political narratives,” Abbott wrote, adding that Texas hosted last season’s National League playoffs and World Series.

Abbott said the state would not seek to host the All-Star Game or any other MLB special event, and that he would not participate in any MLB functions.

Read the entire letter below. 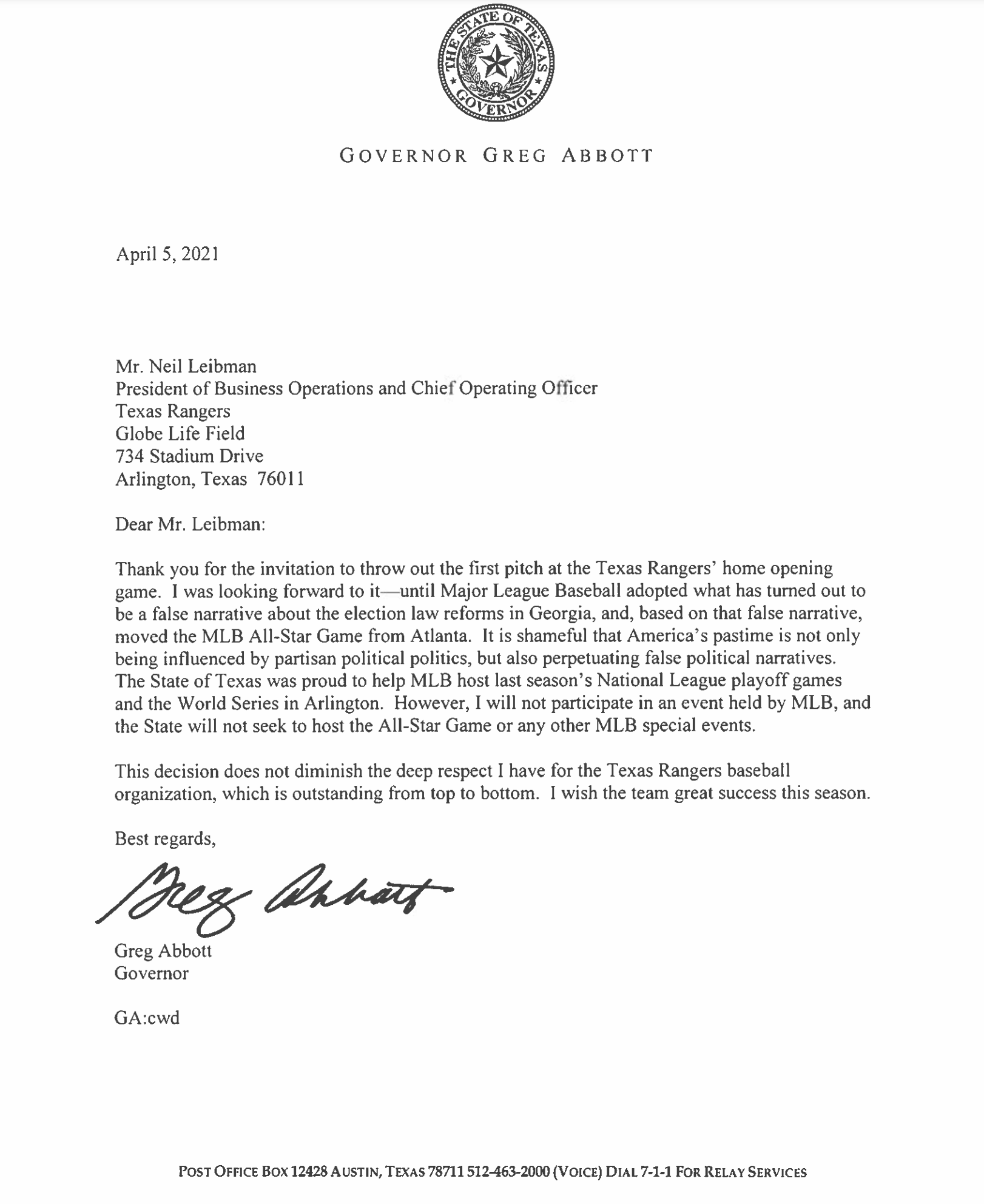