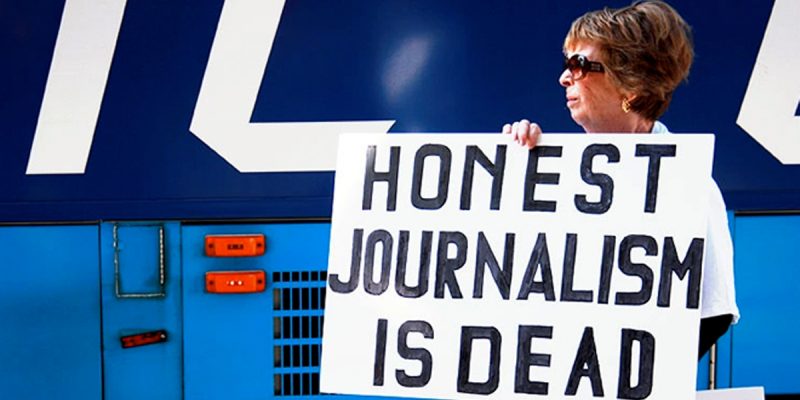 There’s an AP story on the closed primaries debate which hit yesterday. It’s a bit peculiar, in that it’s a fairly complete regurgitation of a couple of previous reports on the issue and there haven’t been any real developments on it since.

And by complete regurgitation, we mean the exact same narrative is being repeated. Louisiana’s legacy media speaks with one voice and one voice only on this subject (and most others).

Louisiana’s Republican leaders are sharply at odds over whether and how the state should redesign its primary elections, a resurfacing disagreement driven by political ideology that could have significant sway in future election victories.

The divide over whether to return to closed party primaries for some or most elections is drawing particular interest because Republicans weighing in on the issue are possible contenders for governor and other statewide offices in 2023 . The type of primary election in place could help determine how those bids for office fare.

Lawmakers will decide whether they want to change Louisiana’s election system in the legislative session that starts April 12.

Officials in both the Democratic and Republican parties are pushing the idea of a closed party primary, at least for congressional races — where candidates from each political party run against each other and the top vote-getter from each party advances to a general election.

But the drive appears to be stronger among some within the GOP.

This is all the same stuff we saw before. Because Billy Nungesser made the ridiculous statement that “if something ain’t broke, don’t fix it” about a jungle primary system that gave us the Edwin Edwards-David Duke runoff and two straight gubernatorial races won by a Democrat in a red state because Republican voters couldn’t get together behind a nominee, that means there is a “divide” among Republicans on the issue.

Bill Cassidy likes the jungle primary. Which is evidence less of a “divide” among Republicans than how out of touch with his own purported voting base Cassidy is.

We talk to Louisiana Republicans all day. We see very, very few Louisiana Republicans who don’t want to bring back party primaries. There isn’t a whole lot of faith in politicians to do the right thing on the issue, and it’s going to be a heavy lift to pass a bill bringing back closed party primaries, but the voters and activists within the party are pretty solidly behind getting rid of the jungle primary.

Where there is division, real division, is on the Democrat side. And that isn’t being reported at all.

Understand that the Democrats aren’t opposed to party primaries. There is no consensus for that position. The fact is, among activists and involved voters there might be just as much passion for party primaries as within the GOP.

But the legacy media in this state doesn’t want to talk about that.

The AP story has a quote from Cleo Fields, the Democrat state senator who’s on board with trying to pass a party-primary bill this session. Fields has said he’s for going all the way with party primaries, but he hedges in his quote to the AP…

Republican U.S. Rep. Steve Scalise and Democratic state Sen. Cleo Fields, a former congressman, are among the chief proponents for closed primaries for the congressional races because Louisiana’s “jungle primary” system regularly sees the state selecting members of Congress later than the rest of the country.

In competitive congressional races, particularly for open seats without an incumbent, races often are pushed into a December runoff — a month after nearly every other state has settled its seats. Scalise and Fields argue that puts Louisiana’s newest congressional delegation members at a disadvantage in seniority, committee assignments and orientation sessions.

Fields briefly persuaded lawmakers to create a closed party primary for congressional elections for the 2008 and 2010 U.S. House and U.S. Senate elections. But lawmakers reinstated the open primary system by the 2012 congressional races.

The Legislature has seen a lot of turnover since then.

Some Republican Party leaders have intensified their interest in closed primaries after the last two governors’ races featured intraparty GOP fighting among candidates that benefitted Edwards and helped contribute to his victories.

Fields suggested it would be too difficult to win legislative passage of anything more than closed primaries for congressional races, and he said even that limited closed primary bill will be hard to pass.

“Let’s get our members of Congress to Washington at the same time as (everyone else), and then let’s call it a day,” he told the task force.

Here’s some perspective behind all this – Cleo Fields is hedging because to fight this battle on state elections is to go to war against John Bel Edwards.

Nobody in the legacy media in Louisiana will report this, but it’s the truth – there is a rift between black Democrats, who are 57 percent of the registered Democrats in Louisiana, and white Democrats on the party primary issue.

You’ll need enough black voters in your electorate so that you can beat the Republican, but not so many that you can’t beat the black Democrat in the primary.

There aren’t a lot of places in Louisiana where that can happen.

Talk to black Democrats, particularly some of the activists and “involved” types, and they’ll tell you it’s long overdue for them to take over the leadership of the party. Karen Carter Peterson was their chair for several years, but Edwards was governor for most of that and he really held the power within the party. And now there’s a white lady, Katie Bernhardt, who’s the chair. From their perspective things have gotten worse rather than better within the party.

White Democrats are the money inside that party, and they want the jungle primary because they know without it they will have virtually no ability to govern anything. As it stands their politicians have to dance on the head of a pin like Jay Luneau, the state senator from Alexandria whose district is 58 percent black. All he does, when he’s not pushing the plaintiff-lawyer agenda, is pander to his black constituents. And while Luneau clearly wants to run for something else, he knows he can’t win. Put him in a closed party primary in his Senate district and it’s a matter of time before a black Democrat comes along and wipes him out in the primary.

Edwards has put the word out that he won’t support party primaries, and it’s obvious why – if he were to, for example, run against John Kennedy for the Senate in 2022 and he had to face a Democrat primary opponent, all it would take would be for that opponent to be black and Edwards would be kaput.

So to pass the party primary bill would be to get a majority overriding his veto.

Meaning, essentially, that more than half of the Legislative Black Caucus, within which Fields has a lot of influence, would back it. And then you’d need Republicans to consolidate around it, with the Jeff Landrys, Steve Scalises, Mike Johnsons and John Kennedys pushing it and the Billy Nungessers and Bill Cassidys opposing.

None of this is reported. Wonder why. It almost looks like there’s bias in favor of certain groups within the legacy media in Louisiana.