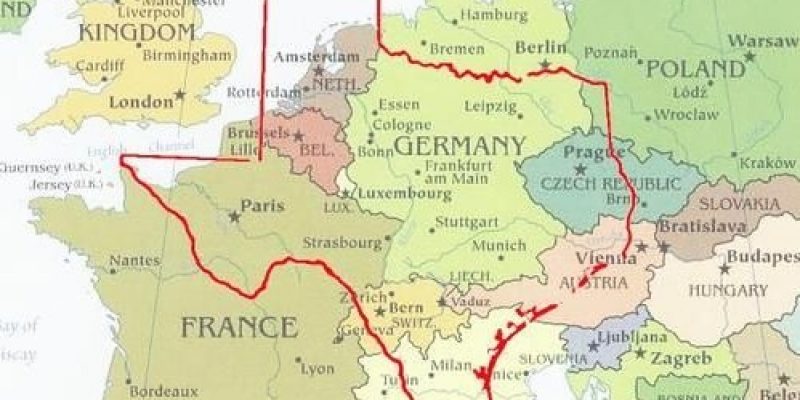 While European nations are fearing a third wave of COVID-19 infections and preparing for further attempts at locking down it populus, across the Atlantic Texas, as the famous travel slogan once claimed, “is like a whole other country.”

In France, which has ordered travel restrictions, complete school closures, and a 7 p.m. to 6 a.m. curfew, cases have risen 55 percent — roughly 38,000 per day, including a rapidly spreading variant of the coronavirus.

Financial Times reported a rise of 95% in Belgium, 48% in the Netherlands, and 75% in Germany, which may be partly due to an increase in testing.

“The German and French governments just realize it’s impossible to lock down the country. People are going crazy so they don’t want to stay at home,” a Parisian epidemiologist was quoted as saying in the FT article. “… lockdowns are not a solution any more, and the vaccines are insufficient.”

Poland and the U.K. have exceeded a 90% rate of increase — where even Holy Week services were dispersed by the police.

On Easter, another reason to be thankful you live in Texas. https://t.co/JU5NJr5oAS

Meanwhile in Texas, where congregants continue to pack religious services and most statewide executive orders have been lifted, a success story has followed.

The Texas Tribune reported, based on data from the Texas Department of Health and Human Services, hospitalizations have decreased by 287 patients compared to last week, with 2,817 Texans currently in a facility with COVID symptoms.

As far as new cases in Texas goes, those are down 279 cases since last week, with 1,465 new confirmed cases and 219 probable cases reported statewide.

That reduces potential future hospitalizations–which are at a 9-month low.

Tracking deaths, which has proven difficult as COVID can often complicate pre-existing conditions, official state records show fatalities are dropping. Twenty-one deaths were reported, which is down 22 from before Holy Week.

Vaccinations in the Lone Star State continue to spread as in Europe, with an average of 258,080 doses given each day — making for roughly 16% of Texans having received either of the shots cleared by the FDA.

Europe, according to FT, is on track to vaccinate 70% of the adult population by September, with 107 million doses distributed in the first financial quarter of 2021.

From the hip: In the U.S. as a whole, 46,696 COVID-19 cases were reported as of this week, which brings last week’s average to 60,041, the lowest since Oct. 21 according to Johns Hopkins University data. And that’s the trend as even Florida, which has refused statewide mandates all along, reports 30% of new COVID-19 cases involve the variant that is spreading in Europe.

The difference is, of course, the level of freedom people have to respond to the virus, not vaccination rates or how stringent “lockdown” orders are. Remember next November.

Interested in more news from Texas? We've got you covered! See More Texas News
Previous Article Have You Checked Out The Speakeasy Yet? You Should, You Know
Next Article Why Isn’t The AP Interested In Division Among Democrats On Closed Primaries?