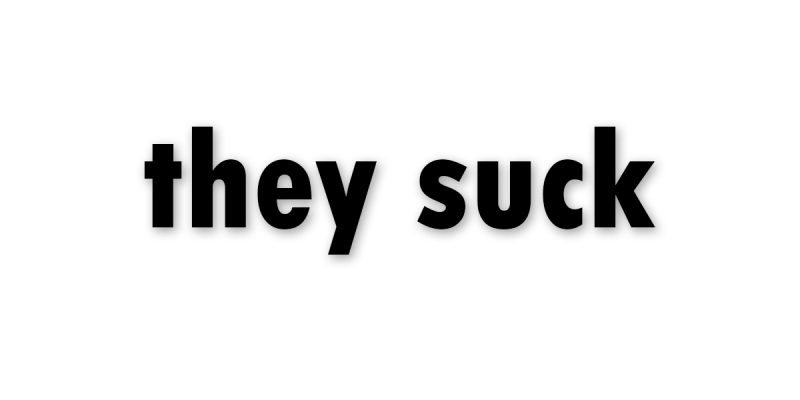 On Monday evening I did a segment on the Rod Arquette show, which airs in evening drive time on KNRS 105.9 FM/570AM, the iHeart Radio station out of Salt Lake City. The show’s producers invited me on to discuss a column I’d written a week or so ago (March 25, actually) at The American Spectator entitled “We Are Governed By People Who Suck.”

That piece generated a pretty good amount of traffic at the Spectator. Here’s an excerpt for those without the time to read it…

Everything about him sucks. He sucks as a messenger, his economic policies suck, he completely sucks as a truth-teller. He sucks in the integrity department.

And people suffering from the debilitating effects of old age can tell you that absolutely sucks. You are not the person you used to be, and you can’t do the things you used to do.

Joe Biden sucked before he became increasingly, cruelly incapacitated by the decline of his faculties. Thursday’s Potemkin sham of a press conference, in which pre-written questions and scripted answers replaced an honest dialogue with the American people over the state of our union, made that clear.

We shouldn’t have been forced to embrace Biden’s suck.

Biden’s family sucks for putting him, and us, through what’s going to obviously get much worse over time.

This man has the toughest job in the world, and it’s obvious he’s not up to the task. If you can’t answer questions off the cuff from an almost universally friendly press corps, it means you suck at the job.

We’ve had presidents who have sucked before. But not since Woodrow Wilson had a stroke in office and finished his second presidential term as an invalid, mostly comatose, with his wife running the country as a proxy president, have we had a situation sucking as badly as this one clearly will.

Is Joe Biden in charge? He doesn’t even know what he’s doing here. He says it all the time.

That sucks. And the world is watching.

It gets better from there, generally describing the ongoing and mushrooming suckage of the Democrat Party which is in control of Washington, DC and our major cities and the precipitous decline they’re currently overseeing.

But Monday, the discussion on the show of governance by people who suck took on a little different, and more general character. Because sucktastic governance isn’t merely limited to a Democrat project. We’ve seen lots of Republicans who suck, too.

And I expounded on that with Arquette. Feel free to listen and judge for yourself whether my theories on the suckage of our governing class are correct.