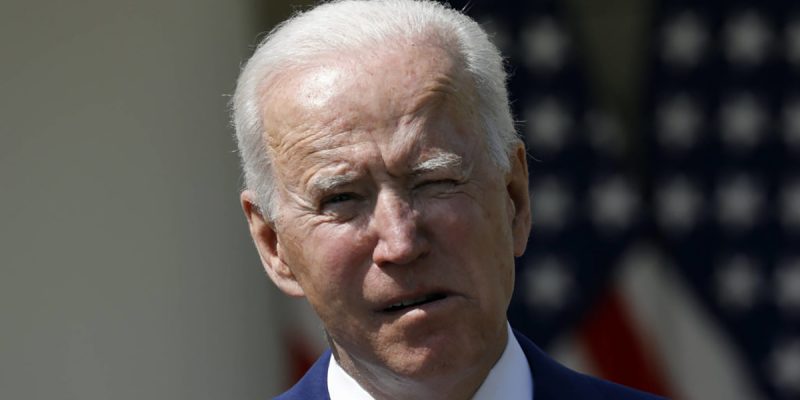 The first 80 days of the Biden administration have been a nightmare for Americans who love our constitution and appreciate limited government. On Thursday, President Joe Biden announced another batch of executive orders, in this case, dealing with expanding gun control. It follows a blizzard of executive orders he has issued since his inauguration.

Biden is proving his “woke” credentials by pursuing a full-fledged progressive agenda. Although all leftist dreams have not been realized, dramatic action on their agenda has occurred in the first 80 days of the Biden administration.

This has happened despite a disputed election in which Biden did not achieve anything close to a mandate. Even accepting the official election results show that Biden lost 25 states and his party barely maintained control of the U.S. House of Representatives, while achieving 50 seats in the U.S. Senate. With Vice President Kamala Harris voting, Democrats can control both houses of Congress; however, it is the slimmest of margins.

Instead of showing moderation and trying to work with Republicans, President Biden is dealing with Democrats only and acting like he achieved a 50-state landslide. In the process, he is working overtime to overthrow as many actions of President Donald Trump as possible.

The overwhelming flood of illegal immigrants at our southern border is the biggest crisis facing the country. Prior to Biden’s invitation for illegal immigrants to surge into the country, President Trump had the border under control. Unfortunately, Biden stopped construction of the border wall, reinstituted the failed “catch and release” program and wanted to enact a 100-day moratorium on all deportations, until his actions were challenged in court by Texas Attorney General Ken Paxton.

To say Biden has been a disaster is an understatement and an insult to disasters. In actuality, he has been a total catastrophe. His major legislative achievement, the so-called “COVID Relief bill” was a $1.9 trillion giveaway to failed Democrat Mayors and Governors. Despite his call for unity and bipartisanship, the bill passed with no support from GOP members of Congress.

His next monstrosity will be a $2.5 trillion “Infrastructure” bill that will be another budget buster, including only 6% for true infrastructure projects. He also supports H.R.1, the hilariously named “For the People Act.” This bill passed the U.S. House of Representatives with no Republican support. It will destroy election integrity, end voter identification, expand mail-in voting and create a pathway for illegal immigrants to become voters. In essence it will give Democrats a lock on the presidency and Congress for generations to come.

On Friday, Biden moved on to his plan to pack the Supreme Court with liberal justices. He announced the creation of a “commission” to study the issue.

While Biden is pushing a socialism on steroids agenda, this is a center-right country ideologically. The reality is that these policies are being proposed and implemented against the will of the American people. Unfortunately, Joe Biden is governing like United States Senator Bernie Sanders (I-VT) would have acted as President.

It is no wonder that former Vice President Al Gore said that Biden has made the “strongest start…since Franklin Delano Roosevelt.” In one sense Gore is correct. Biden has expanded the government in a way not seen since the New Deal era of the Roosevelt administration.

Sadly, the actions have been destructive, and not positive in any fashion. For example, in typical Democrat “tax and spend” fashion Biden is advocating an increase in corporate taxes and wants to boost the top rate to 28%.

While increasing taxes, Biden is also seriously increasing federal spending, which will only add to our already gargantuan national debt of $28 trillion. His new budget calls for $1.52 trillion in spending, an increase of 8.4% from the previous year.

Under President Trump, the United States reached energy independence for the first time in decades.  However, President Biden immediately reversed course. He placed a moratorium on new drilling leases on federal territory and ended construction on the Keystone XL pipeline. Not surprisingly, Americans are paying more for gasoline as oil prices have skyrocketed since January.

The President’s globalist friends are also happy that he wants to revive a nuclear deal with Iran, has returned to the Paris Agreement and vowed to act aggressively on climate change issues.  Biden will also be keeping our military in Afghanistan for a longer period, refusing to end a war that has lasted twenty years.

In addition, President Biden is changing the military by welcoming transgender service members once again, reversing the policy of the last administration. His Defense Secretary is purging “extremists” from the ranks of the military, but many Republicans suspect it is strictly an effort to target and remove Trump supporters and conservatives.

As a “woke” President, Biden is focusing on racial issues. His CDC Director, Rochelle Walensky, announced that her agency will “further investigate the impact of racism on health and efforts to achieve health equity for all.”

This follows the President’s criticism of the new Georgia election law as “Jim Crow in the 21st Century.” Never mind that election hours were expanded, and that Georgia will offer 17 days of early voting, a longer period than many other states provide. Biden offered support for Major League Baseball moving the All-Star game from Atlanta and other businesses condemning the law and even boycotting the state of Georgia.

Of course, while Biden supports a boycott of Georgia, he refuses to advocate a boycott of the upcoming Olympic Games in China, a country that offers no free elections or voting and engages in actual genocide.

The President is pursuing these initiatives while claiming mask wearing is “patriotic” and virtue signaling by adorning two of his own.  As Biden goes “woke,” Americans must realize this is no joke, but the greatest attempt to expand government and limit freedom in our country’s history.

Biden’s “woke” agenda is dangerous and destructive and must be opposed for the actual survival of our country is at stake.