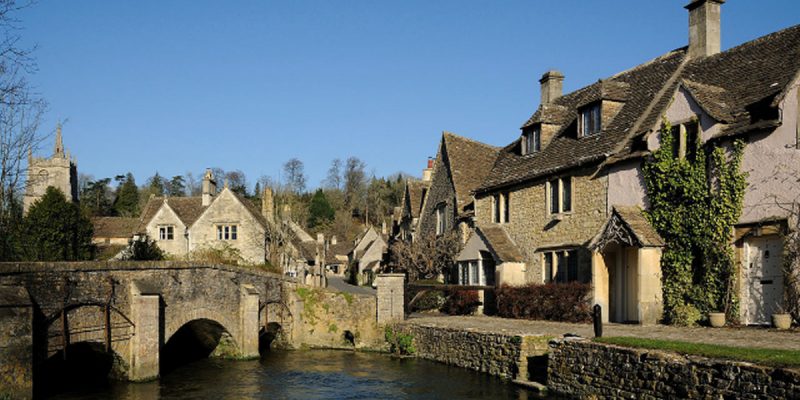 ‘Why are we governed by people who s-ck?’, we have been asked.  It is because most of us have become such a lousy bunch of people ourselves.  In places where elections determine the greater share of those who govern, the latter become more or less a mirror of the ones who choose them.

Not everything was rosy back then, but it is nevertheless the misnamed ‘Dark Ages’ that condemn us for our lack of virtue in a number of critical areas.  The little hamlet of Elton in England, circa the 13th century, described in detail by Frances and Joseph Gies (Life in a Medieval Village, HarperPerennial, New York, 1991) will serve well as an example.

First is the sense of community and cooperation that prevailed in those earlier times.  Agriculture was the main occupation of most people, but they performed the work together on land held commonly by all (the open field system).  The yield of crops belonged to those who had planted them, but there was nevertheless much cooperation with the other villagers to work out who got to plant where and when, etc. (pgs. 15-6)

Contrast this with today, when most people are so focused on themselves that their neighbor has become what Jean-Paul Sartre said:  ‘Hell is other people.’  And, tragically, COVID has made the feelings of distrust and impatience even worse.

Second is the attitude of the upper class to the lower class.  There were mutual duties shared between the two in medieval times.  Yes, the villagers had to hand over a share of their produce or labor to the manor lord of the village, but in return they received valuable things from him:  The lord would provide the harvesters working for him with a large feast (the harvest boon) to compensate them for their work (p. 139); his hall was a place where villagers could receive justice for crimes committed not only by peasant against peasant but also justice for wrongs committed against the lower class villagers by the lord himself and other high village officials (pgs. 183-4); the lord held ‘markets and fairs’ that attracted outsiders who would then buy the crops and other products of the lord and the villagers, thus increasing the wealth not just of the lord but of the whole village (p. 48); and overall he left the villagers alone:  ‘The medieval village actually lived and worked in a state of near autonomy’ (pgs. 48-9; quote from p. 49).

This is a far cry from how the current elite view and treat those under them.  They no longer feel bound by any obligation to serve those of the lower classes; we are ‘deplorables’, after all.  The Clintons, Zuckerbergs, etc., offer only the slightest remuneration in return for the labor, taxes, personal data, and so forth that they suck out of us.  It is a vampire-victim relationship now.

Third is the focus of the village.  Everything revolved around the Church calendar.  Feasts of the Lord Jesus, his All-Pure Mother, and major saints determined the ebb and flow of the schedule for work and play (pgs. 99-102, 134).  The feast day for a saint dear to Louisiana, St Martin of Tours (+397), was one of those days:  ‘Martinmas (St. Martin’s Day, November 11) was the feast of the plowman, in some places celebrated with seed cake, pastries, and a frumenty of boiled wheat grains with milk, currants, raisins, and spices’ (p. 100).  Note also the ability to refrain from work of these people:  From Christmas Eve to Epiphany/Theophany (6 Jan.), the villagers ‘were excused from work obligations’ to the lord (p. 100).

What gives the main shape to life today?  Work?  Sports?  Politics?  For most, it ain’t the Church calendar, especially for our economic and political elites, who are hard-pressed to give us a single day off for Christmas or Easter, much less other holy days.  And we ourselves are so concerned with acquiring new and better electronic gadgets and toys that we will not stop working even when holy days arrive.

Many of our governing class are not good folks, but that is because many of the people choosing them are not so good, either.  When we can say with St Macarius the Great of Egypt (+392), ‘There is no other way to be saved but through our neighbour’ (Homily XXXVII); when we can celebrate the saints as our ‘public benefactors’, to use St Nikephoros (+1821) of Chios’s words (Constantine Cavarnos, St. Nikephoros of Chios, Institute for Byzantine and Modern Greek Studies, Belmont, Mass., 1986, p. 80); when, following the example and teachings of those saints, the upper classes once again have a feeling of noblesse oblige toward the lower classes, and they in turn can show faithfulness and gratitude for what the elite have given them (a relationship that existed in the South before egalitarian Yankees invaded and overturned the established order) – when these kinds of things begin to take hold, we will have good governors again.