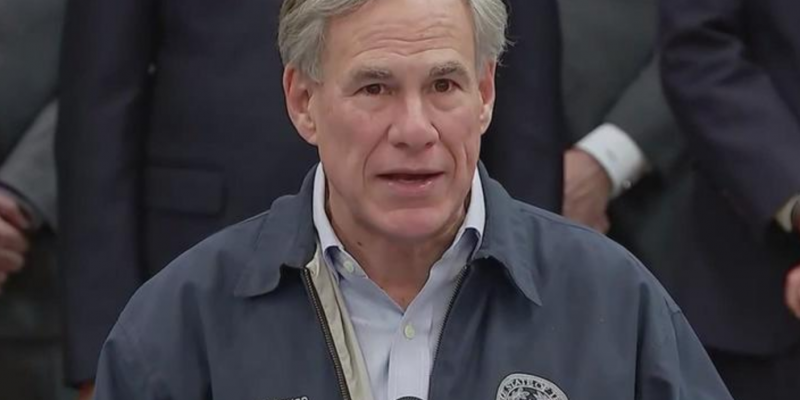 Texas Governor Greg Abbott has sent a second letter to Vice President Harris requesting information about what the Biden Administration intends to do to secure the US-Mexico border.  We applaud Gov Abbott for launching Operation Lone Star to try to staunch some of the massive flow of illegal immigrants into Texas, but in reality this will not help all that much since the illegals they arrest must be handed over to the Biden Administration (ICE), which has been all too keen on releasing them into the States.

It doesn’t take much hard thinking to see that Gov Abbott’s effort at becoming pen-pals with VP Harris will yield even fewer good results than Operation Lone Star.  His writing to her is simply an effort to win political points for himself.  But we do not have governors so they can grand-stand; they are elected mainly to enforce laws, to protect their respective States from law-breakers.  Gov Abbott, per his letter, makes it clear that he is very much aware of the horrible crimes being committed by the drug cartels, human smugglers, etc., in his State.  If the federal government does not act to protect the people of Texas from illegal border-crossers, the responsibility falls on him to do so.  If he lacks the courage to that, let him take heart from an example from one of the States of greater Yankeedom, Ohio, which, before The War, were just as quick to invoke States’ rights as were States in the South.  Ohio in this instance was responding to the US Supreme Court’s infamous ruling of McCulloch v Maryland:

. . . Despite the McCulloch opinion, many of the States continued to resist the bank. Georgia in 1819, and again in 1821, adopted particularly harassing enactments, designed to bar the bank from suing in Federal Courts.(63)

It was in Ohio, however, that events came to a climax. No State had suffered more grievously than Ohio from the disastrous inflation brought about by the bank’s first years of blundering mismanagement.(64) This hatred of the bank was manifested by an act of the Ohio Legislature in 1819—enacted in the teeth of the McCulloch decision—levying a tax of $50,000 per year on each of the bank’s two branches in the State. This tax was to become due on September 15, 1820, but the bank, having protested vainly against the levy, refused to pay and instead obtained an injunction from a Federal judge against its collection.

Before the injunction could be served, however, State Auditor Osborn ordered one of his deputies, John L. Harper, to collect the tax by persuasion if he could, but by violence if he must. Entering the bank’s branch office at Chillicothe, on the morning of September 17, Harper made one last request for voluntary payment. When this was denied, he leaped over the counter, strode into the bank vaults, and helped himself to $100,000 in paper and specie.(65) He then turned this over to a deputy, one H. M. Currie; and Mr. Currie, stuffing this considerable hoard into a small trunk, with which the party thoughtfully had come equipped, loaded the trunk into his wagon and set off down the road to Columbus.

The bank furiously brought suit against Osborn and Harper for recovery of the money, relying, of course, upon Marshall’s opinion in the McCulloch case. But Ohio was in no mood to regard the Supreme Court’s pronouncements as the supreme law of the land. In December of 1820, Ohio’s House of Representatives brought in a blistering report, substantially concurred in by the Senate on January 3, 1821, condemning the bank’s suit as a suit against the State itself. “To acquiesce in such an encroachment upon the privileges and authority of the States, without an effort to defend them, would be an act of treachery to the State itself, and to all the States that compose the American Union.”

Particular attention may be directed to the statement that next follows. Gentlemen, this is Ohio speaking:

The committee are aware of the doctrine, that the Federal courts are exclusively vested with jurisdiction to declare, in the last resort, the true interpretation of the Constitution of the United States. To this doctrine, in the latitude contended for, they never can give their assent.(66)

There is no clause in the Philadelphia constitution that requires a State to sit idly by and watch itself be destroyed while the federal government refuses to perform its duty to guard and protect the international border.  Indeed, the little-noticed Eleventh Amendment to that agreement proves rather decisively the primacy of the States in the State-federal relation.  Gov Abbott, therefore, should immediately call out the Texas National Guard to seal the border to any travelers (excepting the transport of goods for trade at well-manned checkpoints) and begin deporting all illegal immigrants within his State’s borders.  With around 18,000 guardsmen and another 2,800 Texas highway patrolmen, amongst others, it could certainly be done, especially if the Texas Legislature would authorize funding to construct a border wall wherever such a one is needed.

Sending milquetoast letters to condescending, psychologically imbalanced politicians living in the middle of the Deep State fever swamp of Washington, D. C., will only yield a harmful, poisonous result for Texas.  That State has a noble heritage of brave, decisive, self-sacrificing leaders:  Sam Houston, Davy Crockett, and the like.  By mildly asking questions of VP Harris that he knows will not be answered satisfactorily, if at all, while his State is overrun with criminals, Gov Abbott is betraying their legacy.