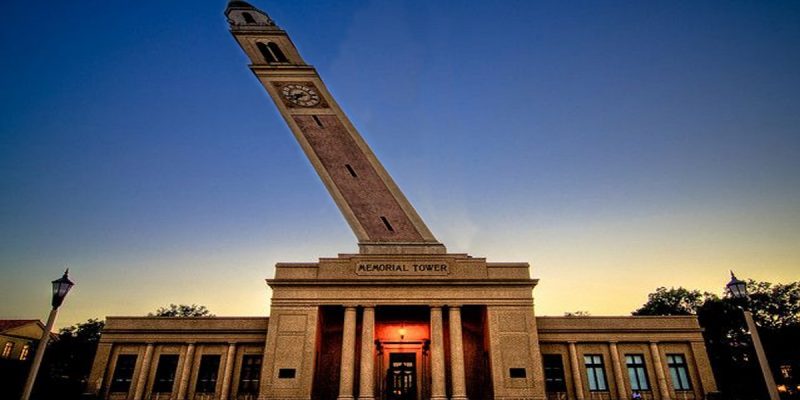 We read in an article written on April 5th by one Sarah Procopio of the LSU Manship News Service, that seventy-eight hundred Louisiana Republicans left the LAGOP in January, February, and March of this year.

To be precise, that is the opening sentence of her article, which goes on to mention that these voters left the party after January 6th, the date of the attack on the Capitol. The strong inference is that they left the LAGOP because of the attack, although absolutely zero empirical evidence is presented for any such connection. This in turn is meant to support the highly-questionable and much-inflated nationwide media narrative that the Republican Party is deeply divided and hemorrhaging members.

Now, Ms. Procopio’s article does go on to mention that eight thousand Louisiana Democrats left their party in the same period of time, but this fact is not mentioned until paragraph six of the story. She can certainly be forgiven for not leading off with this statistic – it is not noteworthy news, because the Democrats lose more members than they gain in most months, as has been the case for many years.

However, there is one rather salient fact omission from Ms. Procopio’s article: From January 1, 2020 through January 1, 2021, precisely 99,796 Louisiana voters, on net, joined the Republican Party of Louisiana! That is a nearly eleven percent increase in LAGOP membership in one year, and nothing like that level of new party registrations has ever been seen before. This is a record of which every Louisiana Republican can be proud, and I would also like to personally thank one Florida Republican in particular, President Donald J. Trump!

You would certainly think that a statistic of such magnitude would be germane to Ms. Procopio’s article, at least if she intended her story to be a fair and balanced representation of the situation on the ground in Louisiana. Rather, she chose to focus on the loss of seventy-eight hundred Republicans in the last three months, for reasons unexplained but likely having to do with political burn-out. We know that Ms. Procopio asked Louisiana House Republican Delegation chairman Rep. Blake Miguez (R-Erath) for a quote, which she used in the article, and we know that Rep. Miguez brought the larger loss among Democrats in voter registration to her attention. She acknowledged as much, and then buried half the lede in aiming for the LAGOP in a brightline case of (student) media bias.

Sadly, I doubt very much that a fair and balanced article was ever her intention, and her interaction with Rep. Miguez would seem to point toward that doubt. Truth be told, this is just another sad illustration of how the journalistic principles of thoroughness, truth and and integrity are undermined by left-wing professors of journalism.

Someone is teaching young Sarah Procopio her craft, after all.