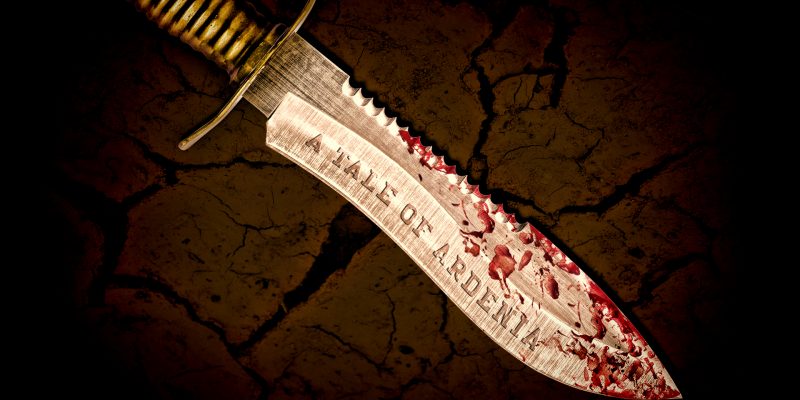 Those of The Hayride’s readers who’ve been around for a while know that a couple of years ago I took up fiction writing as a side hustle. Those of you who know me understand it’s grown a bit from there. My first book Animus: A Tale of Ardenia was followed last year by its sequel Perdition.

And now Retribution, the third novel in the Tales of Ardenia series, is now available in e-book format at Amazon.com.

The three books are a series and they probably ought to be read sequentially. Here’s the basic premise of Tales of Ardenia:

There’s a big continent on a world a lot like this one, and it’s occupied by two very different countries who don’t get along too well. Ardenia, the larger country to the north, is an industrializing, Gilded Age United States or Great Britain – steam engines, airships and telegraph wires everywhere. The Ardenians are recognizable to us; their religion is similar to Christianity and they’re a capitalist democratic republic.

But to the south are the Udar, a savage society engaged in every bad habit you can imagine. The Udar are radical egalitarians who take Hillary Clinton’s “it takes a village to raise a child” message to an extreme. They don’t do nuclear families or private property and there isn’t much of a social hierarchy – they live in large mobile villages run by a headman who has more or less absolute power and under him, everybody is equal. And all they do is wage war, on each other sometimes but mostly on the Ardenians.

The two countries have been in a state of semi-permanent war for 1700 years. The Ardenians have a massive upper hand in technology and a generation before the beginning of Animus won a huge victory that pacified the no-man’s-land between the two countries that they proceeded to settle, but that hasn’t brought peace. And as Animus begins things have heated up again.

The series takes you through the war and introduces you to a bunch of heroic characters caught up in it, you get a glimpse of Udar society in all its barbarism and you also get to see the innards of Ardenian politics in its capital, Principia, which is rough-and-tumble in a way observers of current American politics would recognize.

My personal opinion is Retribution, in which the war is fully on and the story is moving at a breakneck pace, is the best of the three. Feel free to check it out.